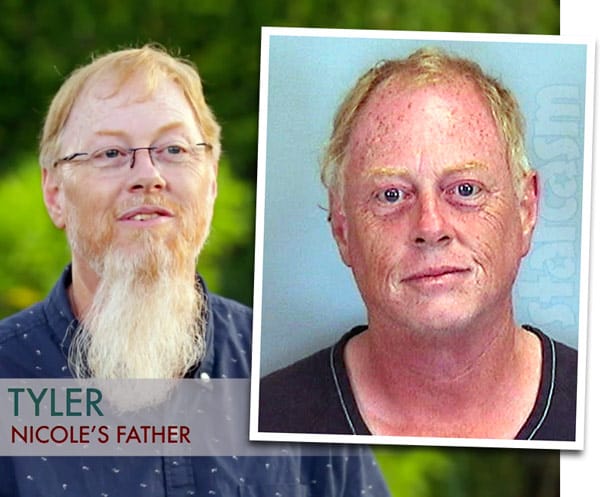 As we reported on Sunday, 90 Day Fiance: Before the 90 Days and Happily Ever After star Nicole Nafziger’s father Tyler Nafziger was arrested in Florida over the weekend and charged with two counts of theft. We now have more information from the court documents, and it paints a sad picture.

According to the criminal complaints, filed on March 30 and April 1, Tyler and another man were seen taking items from the donation bin at a local Goodwill on two separate occasions last month. The items taken reportedly included clothing and “other unknown items” with a total value of roughly $270.

Here is the officer’s narrative from the complaint filed on March 30 stemming from an alleged incident on March 16:

The incident began when the security monitoring company for Goodwill observed a orange Chevrolet HHR (***-***) pulling into the donation drive through area of Goodwill on 03/16/2020 at around 04:21 am. Two suspects exit the vehicle and begin to rummage through the donations. They start taking property that does not belong to them, and which they did not have permission to take. There is a sign on the wall near the donation area that states any donations left for Goodwill is the property of Goodwill. Tyler is seen exiting the driver’s side front door of the vehicle, which is registered to him, and also taking property, along with another unidentified (at this time) white male. After placing the property into the vehicle, they leave.

Upon researching the vehicle tag, I found that it was registered to Tyler Nafziger. After I conducted a comparison of his DAVID and Mugshot photos I believe Tyler is the driver of the vehicle in the surveillance video. The items stolen in the incident looked to be clothing, which was likely in the bags, and other unknown items which were in the boxes. Tyler should have known that he could not just come to the donation drive through and take items that did not belong to him. In this incident, he did not even drop off any items as a donation. He just came up and took the property that was donated to Goodwill.

The second complaint was for an incident on March 11 at around 10:06 pm. The narrative is the same as above, except for the adjusted date and time, as well as the following sentence: “I was also able to identify Tyler from the tattoo that is in the exact same spot on his right leg from another similar incident.”

On both complaints, Tyler’s address is listed as “homeless.” There is a Bradenton mailing address listed for Tyler, but Googling it reveals the address of a local ministry.

According to the Manatee County Sheriff’s Office website, Tyler’s charges have been changed. The website initially listed two petit theft charges, but has since been updated to a single charge of petit theft (property valued between $100 and $750) and a charge of larceny petit theft. From what I can tell, the distinction between the two charges is that the larceny count is applied when “the offender uses a motor vehicle as an instrumentality, other than merely as a getaway vehicle, to assist in committing the offense.”

Tyler is still listed as being in custody with his next court date scheduled for early next month. His bond for the two charges is set at $620 total.

UPDATE – We have some good news and bad news for Tyler. The good news is that jail records indicate he was released on Tuesday, April 7. The bad news is that Tyler has been tied to at least two other Goodwill theft incidents. According to the probable cause affidavits, Tyler and another man were seen taking items from the same Goodwill donation bin twice in the AM hours on March 25. One of the incidents involved approximately $40 worth of stuff, so hopefully that one will have a lesser charge.

The new incidents and charges look to have resulted in another booking photo session for Tyler, and another mug shot photo: 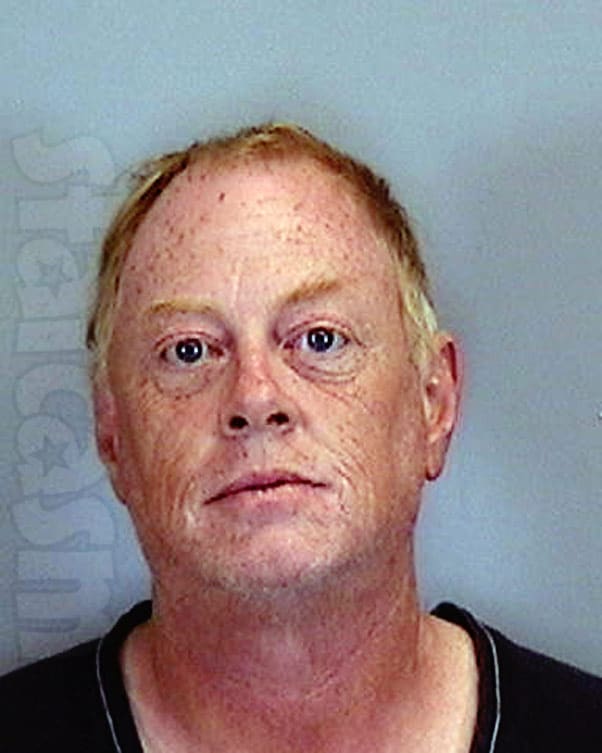 This is the third arrest for Tyler over the past 6 months. He was booked in October and charged with battery and possession of drug paraphernalia after an altercation with a woman at a gas station. He was arrested again in January and charged with Fentanyl & crack pipe possession.

UPDATE – Tyler was arrested again on May 12, 2020 after being caught on security video stealing two 24-packs of Corona beer from a grocery store.