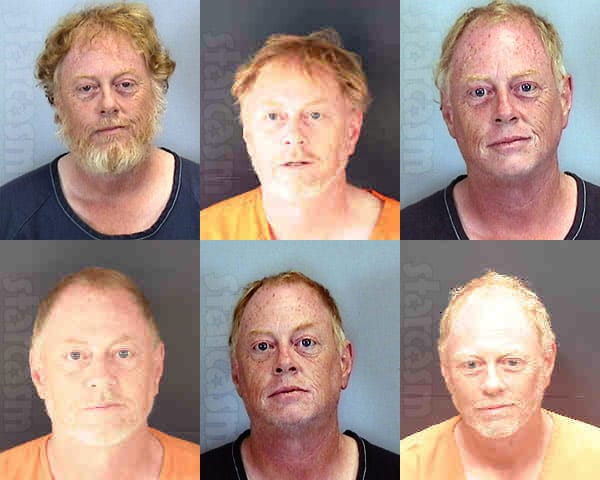 The father of 90 Day Fiance: Before the 90 Days and Happily Ever After star Nicole Nafziger continues to struggle. Tyler Nafziger was arrested yet again in Florida this week, his fourth arrest of 2020.

According to jail records, 52-year-old Tyler was booked in Sarasota County on Tuesday, May 12. He was charged with misdemeanor theft/shoplifting after he allegedly stole two 24-packs of Corona beer from a local grocery store.

According to the probable cause affidavit, Tyler was seen inside the grocery store just after 10AM on Tuesday carrying the two 24-packs. An employee attempted to call out to Tyler “as he was walking by the clearly visible cashiers near the front/main entrance.”

Tyler did not respond and he walked out. The employee followed him and continued to call out to Tyler, but Tyler kept walking.

The employee “then went into the security room and pulled a still photo from the security cameras to confirm that Nafziger left the premises without paying for the two 24 packs of Corona Beer.” The employee then called 911 to alert police to the theft.

Officers spotted Tyler nearby, but he did not have the beer in his possession and his clothing did not match the clothing worn by the suspect in the security camera footage. However, the store employee identified Tyler as the man who took the Corona, and an officer “located the original clothing in a garbage bag.”

Tyler admitted to officers on the scene that “he did steal the two 24 packs of Corona and traded them for hygiene products.” The value of the beer was $51.34.

Tyler was booked into Sarasota County Jail on the misdemeanor theft charge, as well as a hold from another county stemming from a previous arrest. The separate charges resulted in separate mug shot photos. (They are on the bottom left and bottom right in the image at the top of this post.) His bond was set at $120.

Dating back to fall of last year, Tyler has been arrested five times. He was booked in October and charged with battery and possession of drug paraphernalia after an altercation with a woman at a gas station. He was arrested again in January and charged with Fentanyl & crack pipe possession.

In March and April, Tyler was booked twice for multiple instances of taking items from a Goodwill donation bin.

In all of Tyler’s 2020 arrests, including the arrest earlier this week, he is listed as unemployed. He is also described as “homeless” on multiple complaints. There is a Bradenton mailing address listed for Tyler, but Googling it reveals the address of a local ministry.

Tyler has clearly fallen on some very hard times. I hope he has some sort of family or friends that can provide him some support — including a place to stay — to help him get out from under all the legal trouble and back on his feet. Nicole, who is reportedly currently in Morocco with her maybe fiance Azan Tefou, has yet to address her father’s recent difficulties publicly.