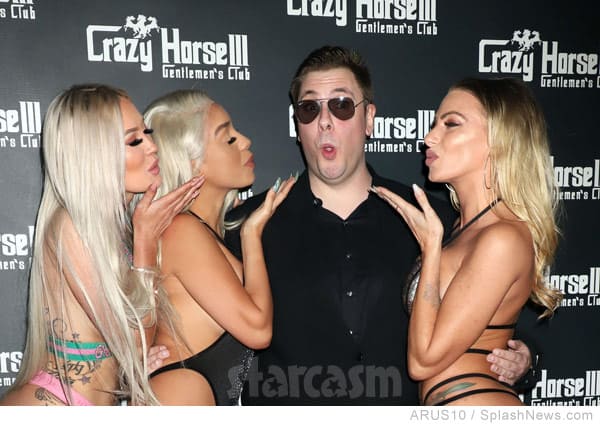 90 Day Fiance Season 6 star Colt Johnson was the King of Sin City Friday night as he hosted his much ballyhooed divorce party at the Crazy Horse III gentlemen’s club. The 33-year-old reality star arrived all in black with matching sunglasses as he partied the night away with his contest date Samantha Harris, booze, a money gun, an adult film star, and LOTS of strippers!

We will start our recap of Colteepalooza with a photo shared by his proud mom Debbie just before he left the house. Colt appears to be trying to give Johnny Cash a run for his money with his “Man In Black” look, all while “A Boy Named Sugar” looks on from the background atop his cat tower: 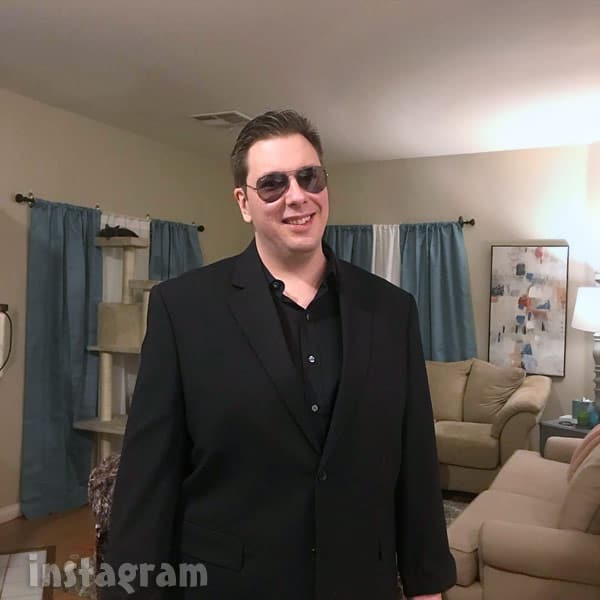 * I do not know if that is Sugar, or if Sugar is a boy — I was just trying to roll with the Johnny Cash thing.

Upon his arrival, Colt posed for photos on the red carpet. He was soon joined by Samantha Harris, who was the winner of the Crazy Horse III “Date With Colt” contest. Seemingly learning his lesson from his flower aversion on 90 Day Fiance, Colt had a full bouquet of roses to give to his lovely date. 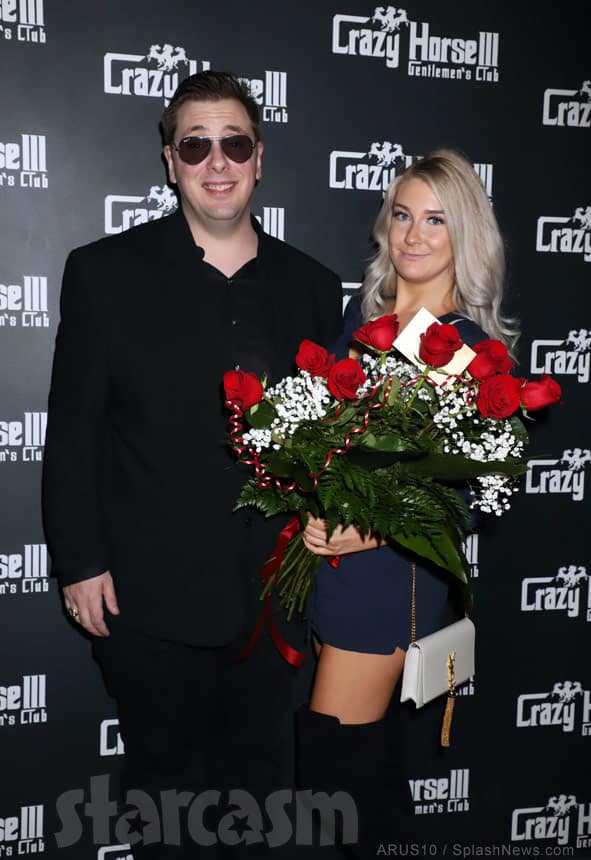 After posing alone and with his date, Colt was joined on the red carpet by some of the uniformed Crazy Horse III employees. Unfortunately, these gals are safe for their work, but not for most of ours, so I had to do a little censoring: 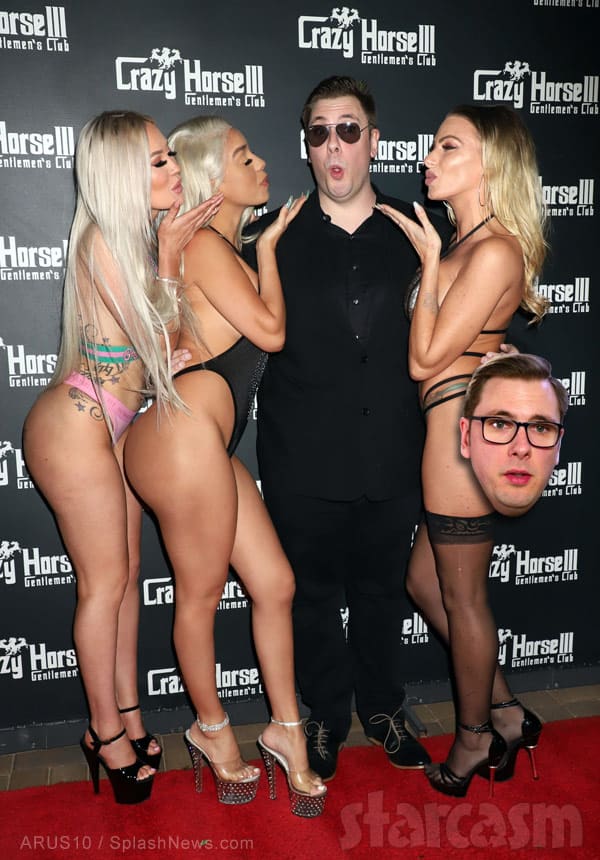 Once inside the club, the party REALLY started for Colt! Attendees were given oversized cutouts of his head, which they waved around as a banner spelling out “Colt Digger” with pennant letters was hung.

I will hand things over to the Crazy Horse III, who provided their own recap of the events on Instagram along with a mind-blowing gallery of images! Be forewarned, some of them are a little on the risque side:

The group did a round of “Adios Mother f**ker” shots before our cocktail servers presented him with an over the top #greygoose bottle presentation complete with oversized cutouts of his face and a shimmery gold banner that read “COLT DIGGER.”

@colteej was all smiles throughout the evening, throwing singles while getting a lap dance, spraying the entertainers on stage with $500 in CH3 dollars and after working up an appetite, he was hand-fed some of our delicious new stone-oven pizza by one of his favorite entertainers.

It was a night to remember, for sure! Our friends at @enews will be airing video footage from the party on their show at 7 pm this Monday night! ?‍♀️?‍♀️?????????? #coltjohnson #divorceparty #90dayfiance #vegas #crazyhorse3 #coltee #90daysanddone #juelzventura

Click here for video of Colt on stage shooting the ladies with his money gun.

Reddit user Fuzzysocksandshorts was also in attendance at the event with her husband, and she shared her recap with fans there. “I met Colt and he invited me to his table,” she reveals. “We make our way up there at probably midnight. Colt was getting lap dances and went on the stage and everything, most importantly he was getting fed shots.”

Apparently A LOT of shots! “Colt stood up and tried to sit back down and the chair had rolled away and he FELL COMPLETELY STRAIGHT BACK!” She adds that Colt “was absolutely tarnished” and he and his friends left the club right around 1 AM. It’s unclear if there was a lucky lady with Colt when he departed.

The Crazy Horse 90 Day Fiance party train continues rolling tonight as the club plays host to another party for Colt’s estranged wife Larissa Dos Santos Lima! It’s unclear if the club plans to shake things up a bit with a male stripper or two for “Festival de la Reina Larissa,” or if perhaps Larissa herself will take a spin on the pole. One thing will certainly be different, though, as there was no contest to be Larissa’s date to her party. She recently revealed that she will be bringing her own date in the form of her new boyfriend!