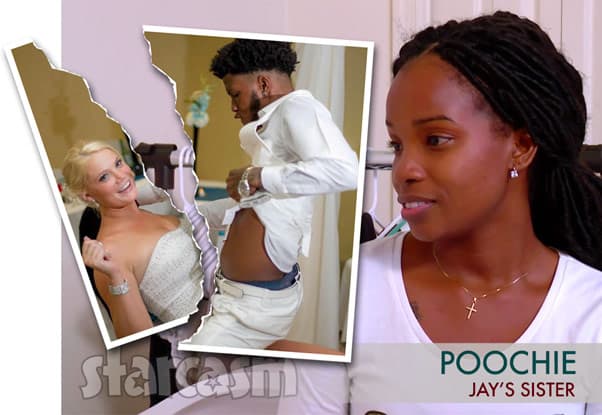 Even though 90 Day Fiance: Happily Ever After star Jay Smith is currently in prison in ICE custody, the public accusations between him and his wife Ashley Smith continue to escalate on social media thanks to their co-stars and family members.

For those not wanting to invest a lot of time in catching up, here is a VERY brief bullet point summary for you, followed by a more informative recap:

• John Yates shared Fernanda’s post and added his lengthy defense of his friend Ashley by saying Jay is a 21-year-old man responsible for his own actions and his current situation.

• Before the 90 Days star Jon Walters posts a series of text messages allegedly between Ashley and Jay in which they discuss the rape as a deterrant for people thinking of donating to Jay’s fundraising campaign.

• Jay’s sister Poochie goes off on Instagram with a long series of posts accusing Ashley of having a sugar daddy, cheating on Jay first, and using the money she raised for medical expenses on a tummy tuck – among other things. She also says Ashley does not like John Yates and often said derogatory things about him.

Fernanda shared a screen cap from the description of Jay’s GoFundMe campaign, and she highlighted “Jay has not received his share of the money for being exploited on this TV show” and “This young man has been exploited on national television.” She added the text “Where are the producers now?” over top of the description and at the top of her post she wrote “Help @jay_smith_ja.”

John Yates posted a screen shot of Fernanda’s message, and he penned the following response in support of Ashley — or perhaps it would be more accurate to say blaming Jay:

Before the 90 Days star Jon Walters shared a post in his Instagram stories in which he tries to dissuade people from donating to Jay’s fundraising campaign. Jon says that Jay is “a man who forced himself into a woman when she said ‘no’,” and he included a series of text messages as evidence.

I’m not posting this for Ashley or on her behalf as she will or won’t press charges and she will make her mind based on whether she wants to go through the heartache of court case or just have deported. Abused and broken women capacity to forgive their abuser is huge.

I’m posting this to show those kind people who are donating to jays gfm exactly why being deported is the minimum he deserve as why I think he should be locked up for a very long time.

My heart breaks for the hundred of immigrants and asylum seekers being detained unfairly but jay is not one of them.

He’s a liar, a cheat, and a man who forced himself into a woman when she said “no”

He violated a protection restraining order issued by the courts

I’m not on team Ashley and she’s not a friend – but she’s a woman who doesn’t deserve to be brutalised by the man who was meant to protect her. I will always speak for the voiceless and pick up the down trodden and today I speak for Ashley.

I will not be sharing any more of the evidence I have nor will I be commenting further. Read his own words before give money to help this man

The text message conversation that Jon shared along with his post:

Ashley’s mother Cindy Garney did an Instagram live stream with John Yates and she plainly states that Jay raped Ashley. “She was raped by Jay,” she says. “It was reported to the police, and that was part of the reason she got the PFA.”

Here is a brief excerpt from the session that includes the quote above. There is also a second clip in which Cindy is asked about the time that there was a post on Ashley’s Facebook page a few years ago stating that Ashley had died in a car accident the night before. (Numerous people watching the live session point out that Ashley later claimed that it was her mother who made the post.)

Jay’s sister Poochie has been saying all week that she is biting her tongue about “the truth” about Ashley, and it seems that the accusations made by Ashley’s mother combined with Ashley mentioning Poochie’s deceased estranged husband at some point (???) were enough to unclench her teeth and motivate her to share “the truth” on Instagram.

Poochie made A LOT of posts in the form of a string of text graphic images posted on her feed and stories. The posts were being reported almost immediately, and a number of them have already been deleted. However, I feel confident that I was able to track them all down, including several that were rewritten and reposted after initially being deleted.

I am going to revert to bullet points again.

• Ashley has a married sugar daddy that she drives to Delaware once a week to see for $1,000. Poochie reveals his name, but I won’t include it here.

• Jay was aware of the sugar daddy, but Ashley “FORCED HIM TO BE OK WITH IT.”

FORCING SOMEONE TO BE OKAY W A SUGAR DADDY YOU HAVE SEX WITH WEEKLY, BUT PUNISHING THEM FOR MONTHS FOR A TINDER CONVERSATION ? severe psychological abuse and emotional abuse was going on there. So controlling, so disgusting. I would have cheated eventually too ??‍♀️ as well as the fact that he could barely leave the house… can’t go to the grocery store or gas station w out getting in trouble.. he was treated like a pet, a possession, something to be owned and controlled, he was not treated like a free will person. YOU CAN NOT DO THAT TO A 20 YEAR OLD. [Kayla later added in a separate comment: “sh*t you can’t do that to ANYBODY!!!]

• Ashley cheated on Jay first. (It’s unclear if this is in reference to the sugar daddy and/or someone else.) 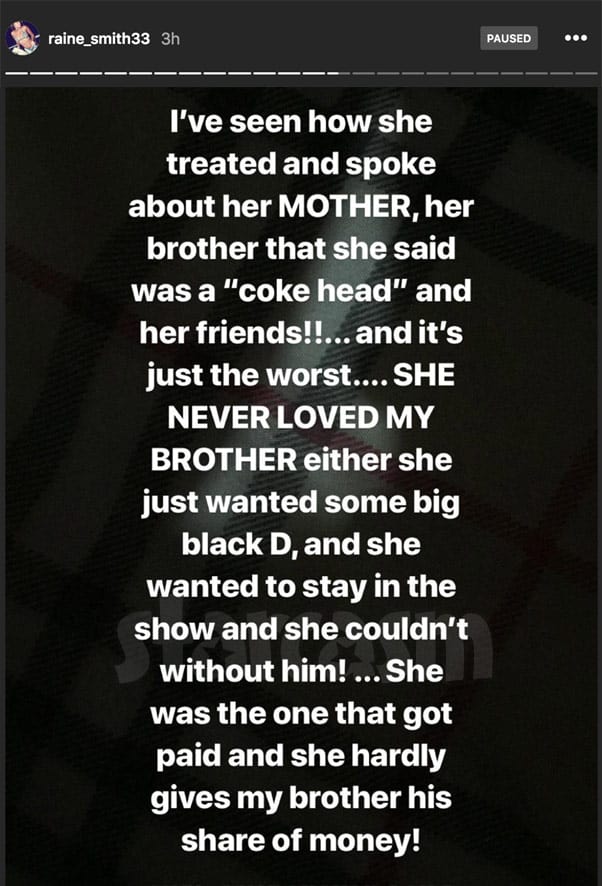 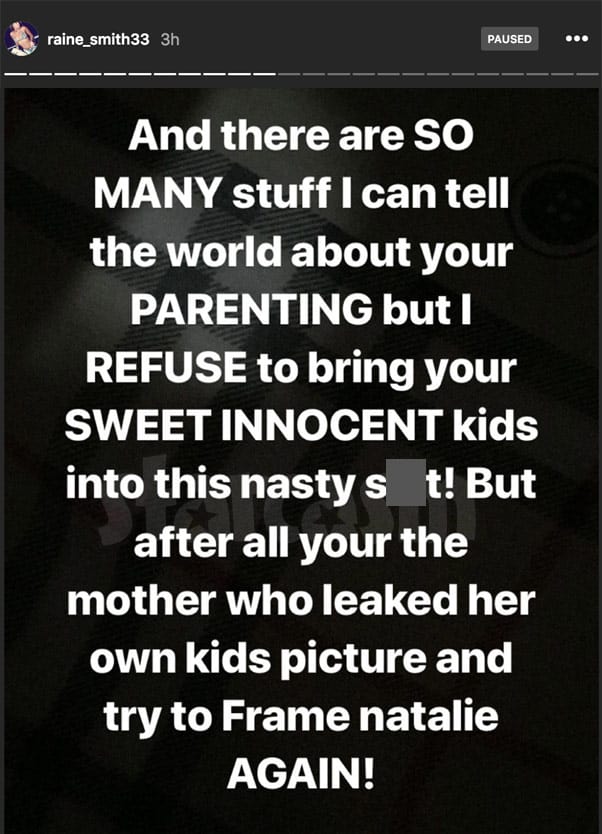 • Poochie says Ashley asked her to bring medication from Jamaica for some sort of vaginal ailment.

• Ashley’s mom “seduced my stepdad into giving her a massage” and they ended up having sex, “just like she tried to [force] her self on my [real] dad when she came to Jamaica for the wedding.”

• Ashley’s mom pawned her engagement ring in Jamaica and “broke a Guiness bottle and cut herself on the both sides of her face and said she was robbed!!” 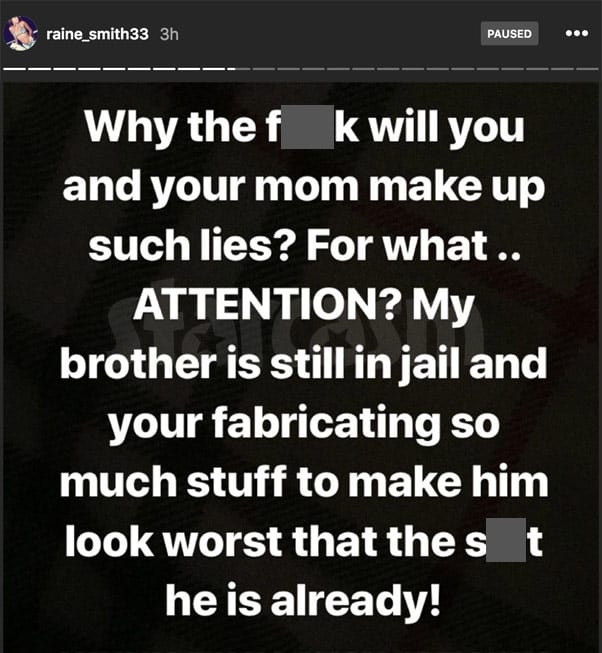 • Ashley and Jay didn’t meet via Facebook but via Natalie. Ashley knew Jay was 20 years old from the very beginning.

• Poochie mentions the Instagram page that was “leaking” info about Jay and Ashley that was later revealed to actually be Ashley and Jay when they accidentally went live on it. She says there were other similar pages.

• Poochie says the money raised by Ashley via GoFundMe for dialysis actually went for a tummy tuck procedure.

• The barbershop episode was a set up. I’m pretty sure Poochie is suggesting that they trapped Jay into sleeping with that woman? I’ll let you decide: 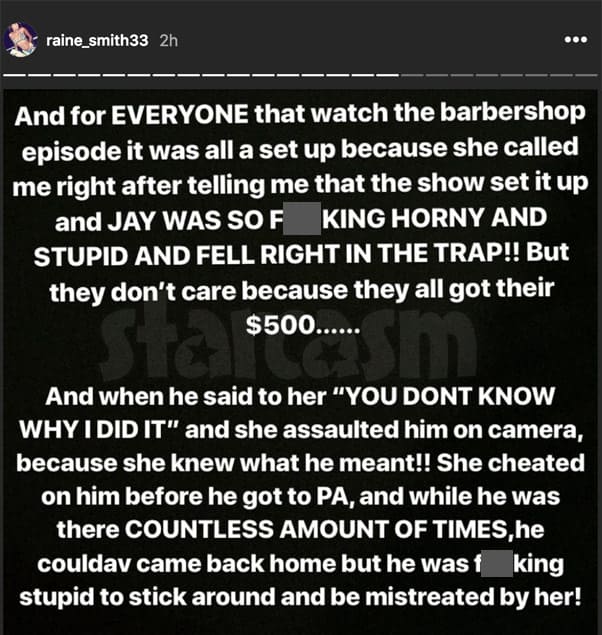 • Poochie says she doesn’t understand why John Yates is “rooting for Ashley” because “she always cussed you out and [called] you a ‘drug addict’, sick bastard!”

• Poochie’s half sister DMed John to confront him about his support for Ashley and condemnation of Jay, and John responded by saying he had had enough of the “bullsh*t” and that he’s deleting all his posts about the two. I checked his Instagram account, and it appears as though he has followed through on his statement.

As mentioned above, Poochie was really angered by the fact that Ashley mentioned her deceased estranged husband by name, and apparently Ashley suggested that Poochie scammed him. Poochie’s response included photos of her and her husband, who is a much, much, much older white man. Here are the photos and Poochie’s angry caption: 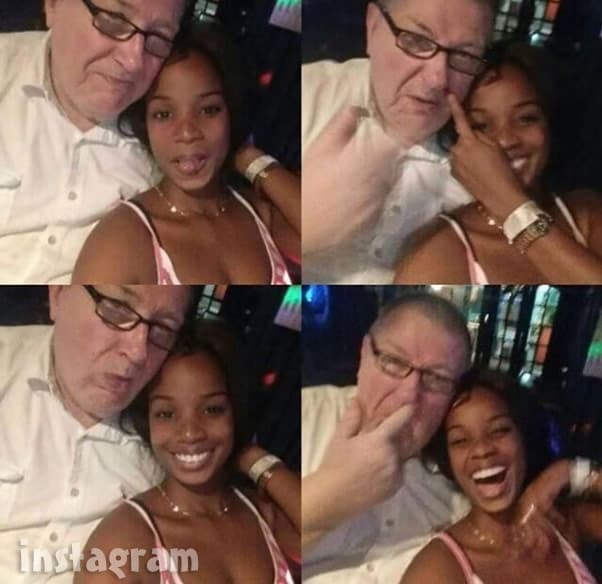 Ashley this is where you crossed f**king line, let my f**king husband Rest In Peace you nasty b*tch!!

My husband and I had been married for 5 years and separated for 2, regardless of our huge age difference I loved that man very much because he’s a f**king good and decent man and he hated you so much from the moment he saw you!

HOW THE F**K DID I SCAMMED MY HUSBAND? BECAUSE WE WERENT UNHAPPY LIKE YOU AND JAY WAS? WAS IT BECAUSE WE MADE EACHOTHER HAPPY? WAS IT BECAUSE WE ACTUALLY SPENT SOME YEARS TOGETHER AND YOU NEVER GOT THAT CHANCE?…. b*tch you and your little wh*re of a mother better leave my g**damn husbands name out yah mouth, HE MADE ME A HOUSE AND THATS WHY YOURE MAD??….. HE TOOK CARE OF ME LIKE I DID TO HIM SO KISS MY F**KING A**!!! My HUSBAND WAS A GOOD F**KING PERSON AND I REFUSE TO LET YOU B*TCHES SPEAK OF HIM…

If you are curious how Jay’s GoFundMe campaign is going, at the time of this post it has raised $2,900 of the $5,000 goal. There was a lot of speculation about whether or not GoFundMe would suspend the campaign due to the grey area in their terms about raising money for legal expenses, but I’m sure it has been reported numerous times already and it’s still up. I am guessing it will remain that way.

OK, I think that should get you all caught up. For now. I think.

The important take away for me in all this is there is no way to tell who’s telling the truth about what. Regardless, Ashley and Jay have both played a huge role in creating the situation they are both in right now. Personally, I don’t feel obligated to choose a side at all. I just wish there was an easy way for Jay to just go back home to Jamaica and for both of them to get off my TV and off of social media. Unfortunately, I am guessing this poop show will continue for weeks, if not months. I really hate to say it, but stay tuned. 🙁

UPDATE – Both John Yates and Ashley’s mother Cindy have since responded, including an additional rape allegation from Cindy. Poochie has responded as well, but I have to draw the line somewhere! Here are John’s and Cindy’s responses: 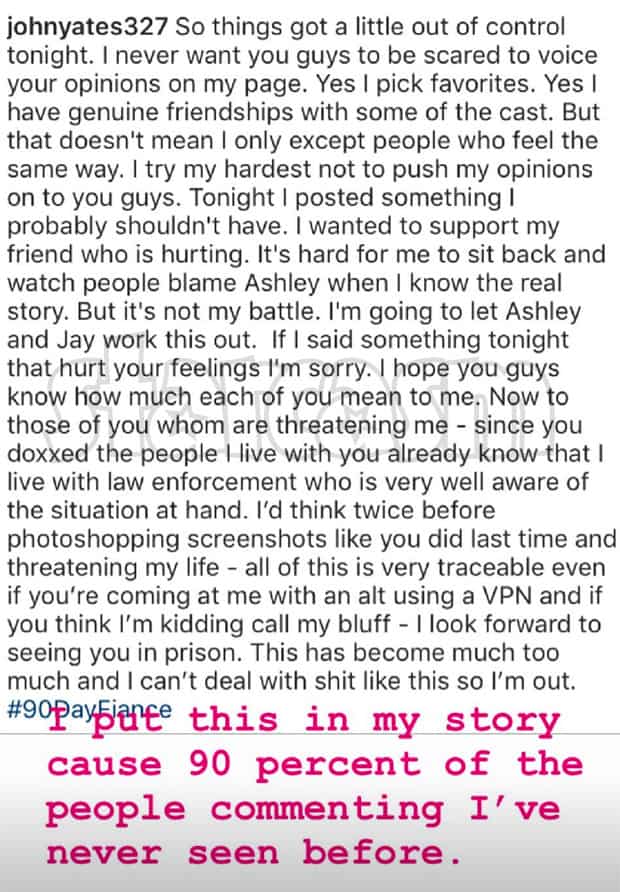 90 DAY FIANCE Josh’s ex-wife on his violent past, assault arrest

BEFORE THE 90 DAYS Darcey Silva wins Worst Photoshop Ever; see the original photo