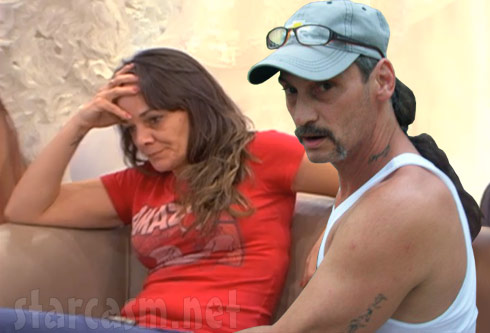 We have some sad, albeit seemingly inevitable, news to report from the Teen Mom world. Catelynn Lowell’s mom April Baltierra is reportedly filing for divorce from her husband, and Tyler Baltierra’s dad, Butch Baltierra.

A source “very close to the couple” revealed the news to The Ashley’s Reality Roundup, adding that the couple barely speak anymore — a problem not helped out by the fact that Butch has been back in jail for more than a year now. (He is up for parole in January.)

And speaking of Butch being in jail, The Ashley spoke with him on several occasions while behind bars for the book Teen Mom Confidential and she says he revealed during those conversations that he was planning on filing for divorce himself, and had even been using the prison library to research how to do it.

Meanwhile, April is probably at her local tattoo shop doing some research of her own on how to alter her “April and Butch” tattoo: 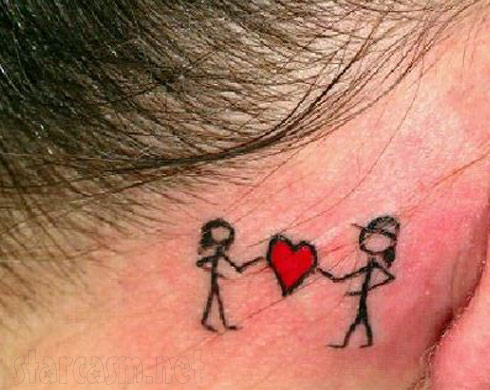 Although the tattoo is pretty basic and I think easily altered, it might serve April well to just be patient to see if her next significant other doesn’t also have a mullet and a trucker hat. (I’m guessing the odds of that are right around 33%, which seems like a good enough chance to justify waiting!)

But, if the time comes to make the change, here’s a very simple suggestion: 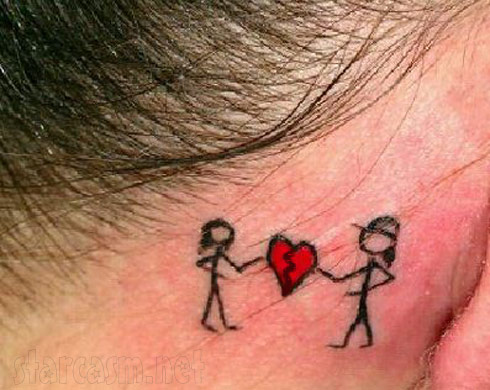 So far all has been quiet online from Catelynn and Tyler in response to the news.

* I feel I should note that this isn’t the first time April and Butch were reportedly headed for divorce, including one “confirmed” report back in 2011 after Butch reportedly brutally attacked April.