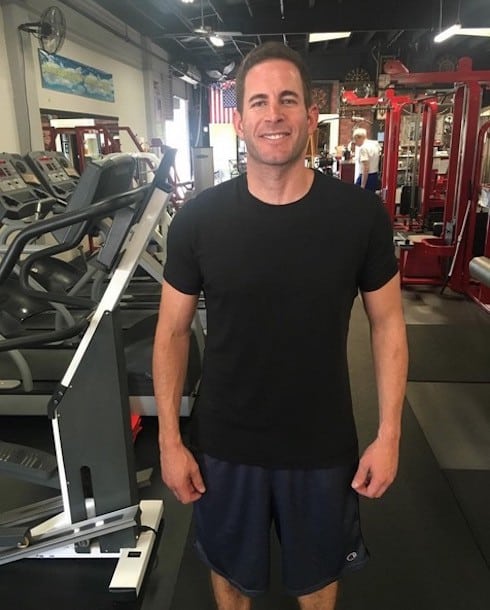 2016 may have been a tumultuous year for Flip or Flop‘s two stars, but the year did culminate in a bright spot thanks to the latest Tarek El Moussa cancer update. Tarek took to social media for his first update in almost a year, following last February’s reveal of just how sick he was at his worst. “What people don’t know,” he said at the time, “is that the first night I went home I had major problems. The pain meds made me sick and I was throwing up all night[,] taking 30 minutes each time to walk to the bathroom. [I] had to spot the meds because [I] was getting sicker. Finally I had enough and had to call 911 and be rushed to the emergency room. After tests, I was in bad shape and actually had to spend 1 week in the hospital.”

The update–which you can read in full here–shocked fans, many of whom had learned only weeks before that Tarek was initially diagnosed with thyroid cancer thanks to an eagle-eyed nurse who spotted a troubling growth on Tarek’s neck while watching Flip or Flop at home. Fortunately for the HGTV star, the news at the opposite end of 2016 couldn’t be better: he’s got a completely clean bill of health. Here’s the news from the man himself:

Rough couple of years.. Today I Went in for another cancer screening and it was all clear! I remember the day we took this photo.

Tarek also shared a photo from the depths of his cancer treatment, which came complete with total isolation from his family…

#bloated #alone and #sick during radioactive iodine treatment… I wasn't supposed to touch things so I worked alone confined to a room with no contact for 5 days. Missing my family was the hardest part.

…and contrasted the photo nicely with a video clip featuring a health update of a different sort:

Hit my #goal today!! 180 pounds tricep extension! During this time the gym has really helped me. As you have seen on #tv I've been sick for years! My weight hit 235 pounds from cancer than 169 pounds with severe back pain and surgeries.. No matter how tough today is…. You can make tomorrow better! #improve who you are #every #day! @ocgetfit

Thanks to Tarek and Christina’s ongoing separation, it’s currently believed that Flip or Flop will cease production when its current contract runs out later in 2017. Nothing has yet been confirmed, though–and, for now, new episodes of Flip or Flop continue to air Thursday nights on HGTV.