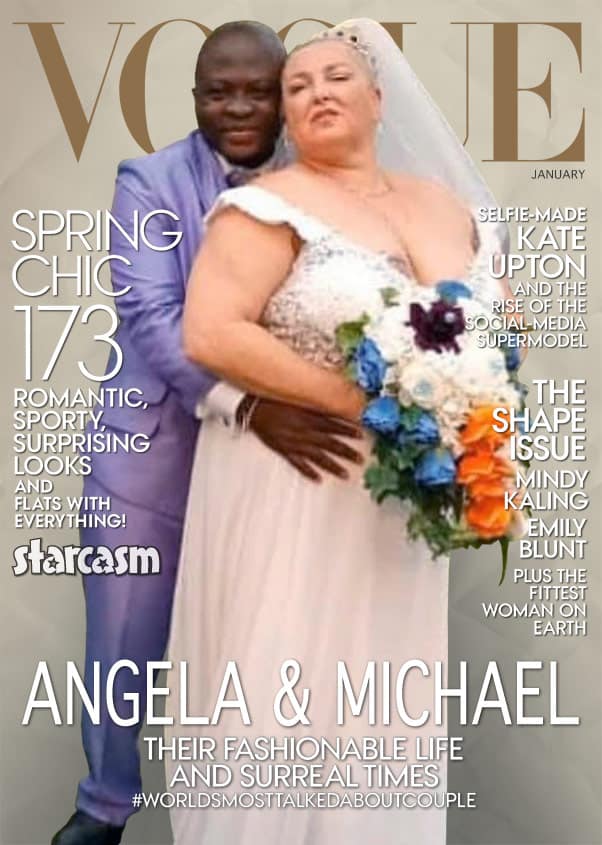 On Friday, President Donald Trump expanded the United States’ travel ban to target immigrants from six additional countries, including Nigeria. The news has many 90 Day Fiance fans curious as to how the expanded travel ban will impact show stars Angela Deem and Michael Ilesanmi, who were married in Nigeria earlier this week. Unfortunately for the duo, it doesn’t look good.

The new travel ban impacts immigration visas, which are visas that may result in permanent US citizenship — including the K-1 visa so often featured on 90 Day Fiance. Because Angela and Michael officially got married, that means they will more than likely be required to file for a CR-1 spousal visa, which is also considered an immigration visa and is included on the banned list.

The new travel ban does allow for waivers. Viewers may recall that Omar was from Syria, which was on the pre-existing list of travel banned countries. His season of Before the 90 Days included a scene in which his American wife Avery talked with an immigration attorney at length about filing for a waiver, and her attorney made it clear that the chances were not that great for an approval. It appears as though Angela and Michael should have the same tempered expectations.

“All applicants will be able to apply for a waiver, a process already in place under Trump’s existing ban,” Reuters reports. “But a federal lawsuit challenging the administration says the waiver process is opaque and difficult to navigate.”

Instagram account @FraudedByTLC has been sharing insights on the immigration aspects of the show from a visa officer nicknamed “Agent C.” Right after the new travel ban was announced, the account shared Agent C’s initial reaction in regards to what it means for Angela and Michael.

“Now that they are married, Michael’s K-1 petition is no longer valid,” Agent C begins. “Angela will have to file an I-130 petition for Michael so he can be processed as a spouse. Should nothing change with today’s announcement, Michael will be ineligible for a visa under this new petition unless Angela is able to get a waiver.”

Agent C concurs that the waiver will probably be very difficult to obtain. “I don’t have very good information about these waivers, but it appears they are not easy to get.”

The insight concludes with a bit of a barb directed at Angela’s attorney. “If I were to give her any free advice, it would be to upgrade her current lawyer to one who is at least semi-competent,” Agent C says.

Before Michaelangela fans start packing their bras and heading to DC to protest the ban, I want to point out a couple things. Number one: Angela and Michael were already having K-1 visa problems. As Agent C states, the fact that the couple got married essentially voids their K-1 visa application, so I assume that the couple had lost hope in a successful appeal.

Number two: if Angela’s less-than-semi-competent lawyer was correct, the spousal visa process could take another 12 months. Who knows what could happen in that time? Angela and Michael could break up after he is once again photographed on the same boat as another human with a vagina. Angela could be arrested again, but this time for something more serious than a DUI (but hopefully less serious than child molestation, like her daughter Scottie). Angela could become a fan of Love After Lockup and wind up falling for Tony and stealing him away from his current Marlboro-loving southern blondie with the same name. Donald Trump could implement the first ever reality show visa for potential immigrants looking to enter this country as entertainment.

We have a HUUUGE #90DayFiance spoiler for Angela & Michael! No, they haven't been cast in a remake of #Titanic… In the immortal words of DJ Dougie Doug Wooten: "If spoilers are your sin, then click on through and we will help you accommodate to it!" https://t.co/7HdIFPoXVb pic.twitter.com/IH2hoKSwZy

All joking aside, a year is a long time. The recent additions to the travel ban list include four African countries, and three Muslim countries. Trump detractors are billing the new additions (as well as the original travel ban list) as racist and anti-Muslim, but acting Homeland Security Secretary Chad Wolf insisted during a phone call with reporters that there were legitimate security concerns. He said that the six new countries failed to meet U.S. security and information-sharing standards, which necessitated the new restrictions, according to Reuters. “The problems Wolf cited ranged from sub-par passport technology to a failure to sufficiently exchange information on terrorism suspects and criminals,” the site states.

The new travel ban was initially proposed to include Belarus, but that country was left off the final list of countries banned on Friday. Chad Wolf says that Belarus was cut from the list after officials there took steps to remedy deficiencies in recent months. That would seemingly leave the door open for Nigeria, which had nearly 8,000 immigration visas approved in 2018, to go through their own appeal process with the United States and perhaps be taken off the list. However, Nigeria is rather notorious for bureaucratic inefficiency, so I wouldn’t get my hopes up for a nationwide overhaul of their visa process.

There is another option for Michael as well. The new travel ban does not affect H-1b visas, which allow skilled workers to enter the United States. These visas are temporary, but they can lead to permanent residency. Unfortunately, I am not aware of any skills that Michael possesses outside of doing the BJs, buying cake, and tolerating Angela’s aggression. Of course, there is that reality show visa idea I mentioned earlier… 🤔

Regardless of whether or not Michael ever actually makes it to the Unites States, TLC cameras will more than likely keep rolling. The two were recently caught filming in Nigeria after their wedding in a video that made it to Instagram:

To keep up with Michael and Angela’s fairy tale romance, be sure to tune in for new episodes of 90 Day Fiance airing Sunday nights at 8/7 on TLC. (Except for this Sunday. There will be no new episode thanks to the Super Bowl.)

To tide you over until next Sunday night, here’s video of Angela and Michael dancing their visa blues away while being showered in cash:

I can’t stop watching thank you @187anonymousgossip and @lindaissogirlie for the video go follow them both! Annnngg & Michael!! I’m your biggest fan oh to be a guest at that wedding @deemangela 🤩❤️ #dreaming ✈️💯🥂🍾 . . . #angelaandmichael #90dayfiance #90dayfiancenews #90dayfianceupdates #90dayfiancetea #wedding

VIDEOS Meet Before the 90 Days’ Larry and Jenny, his potential fiancée from the Philippines