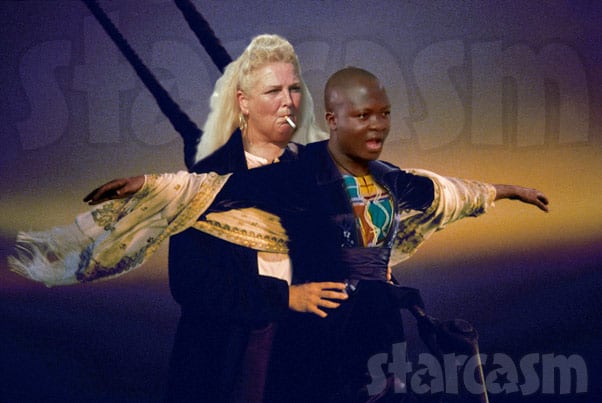 We have some HUUGE news about 90 Day Fiance couple Angela Deem and Michael Ilesanmi! For those of you enthralled by the storybook on-screen international romance between America’s favorite tax-paying memaw and her Nigerian BJ doer, I will warn you that this is a HUGE spoiler. But, if spoilers are your sin, then keep reading and we will help you accommodate to it!

OK, I just need some visual filler here so as not to give away the spoiler to anyone loading the article without having a chance of clicking away…

There have been numerous reports online that Angela is currently back in Nigeria. In addition, there was a photo of a wedding invitation for the couple circulating with the date January 27:

There was a lot of debate among fans as to the validity of the wedding invitation, but it appears that the date was correct. How do we know that? Because we have Angela and Michael wedding photos!

The images were posted by @communiqueglobal earlier today, and they feature Michael in a blue-ish lavendar suit and Angela decked out in a white wedding dress and veil: 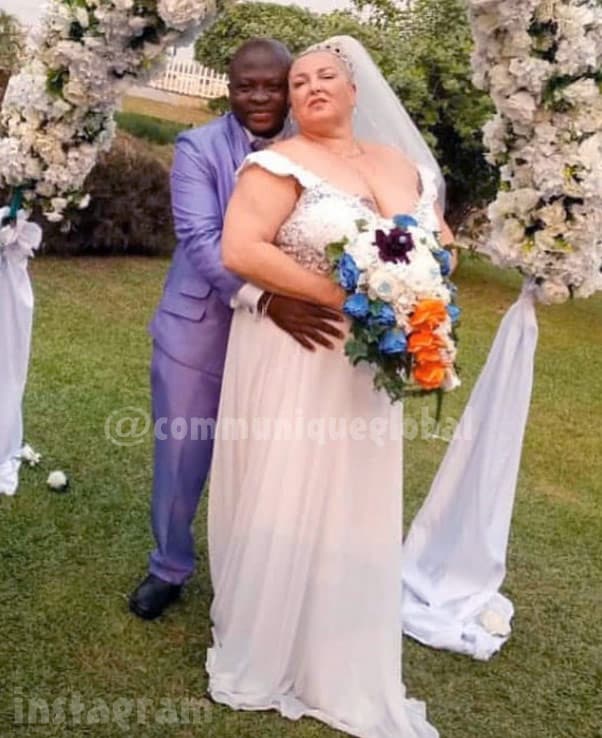 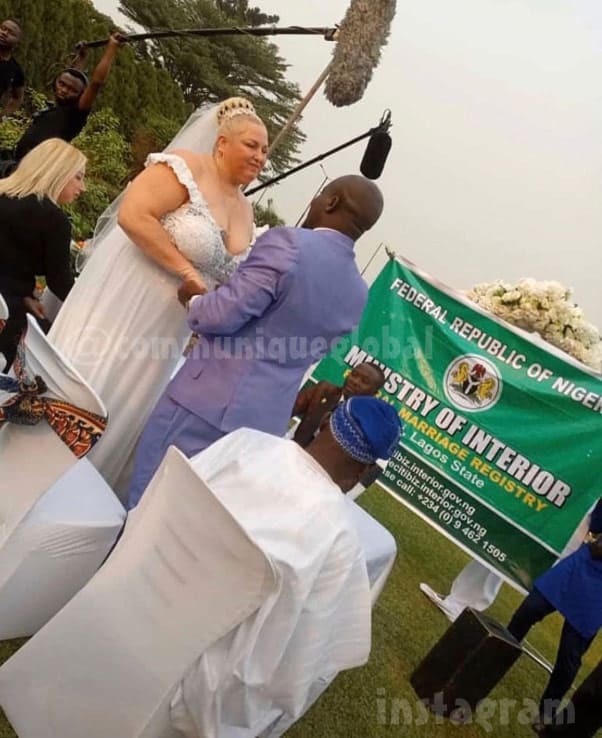 Some commenters are openly wondering whether or not Angela has something stuffed in her bra-cketbook, but I believe that is a tattoo.

Judging from the banner in the background, it appears as though the couple tied the knot at the Federal Marriage Registry in Lagos. From what I could find out online, there are two Lagos locations for the Federal Marriage Registry: one in Ikoyi, and another in Ikeja. Unfortunately, the banner is partially blocked so I am not completely sure which location they chose. However, that does look like an “i” at the end of the word before “Lagos State” on the banner, so it was most likely Ikoyi.

You will notice that the ceremony was captured by a camera crew, as evidenced by the boom mics. It’s unclear at this time whether or not the wedding will be featured on the current season of 90 Day Fiance, but my guess is that it will.

So what will this mean as far as Michael being able to come to the United States? According to Angela’s visa attorney, if Michael’s K-1 visa was denied and they decide to file an appeal, that could take another six months. If they opt to apply for a spousal visa after getting married, he says that process could take an additional year.

It’s my understanding that getting officially married would nullify the couple’s eligibility for a K-1 visa (aka a “Fiance visa”), but I am not certain about that. Perhaps getting married in Nigeria but not registering the marriage in the United States would keep them eligible in the eyes of US Immigration? I seriously don’t know if Angela, Michael, or fans could wait another full year!

And let’s not forget that President Donald Trump is reportedly considering adding Nigeria to the nation’s travel ban list. For the past few weeks, @FraudedByTLC on Instagram has been sharing insights on the current season of 90 Day Fiance from a visa attorney, and she promises that “Agent C” will be offering up an expert’s take on the potential impact of a travel ban on Michael’s chances of coming to the United States on this weeks episode of The Fraudcast podcast.

Regardless of what happens down the road with Michael’s dream of coming to America, let me just say congratulations to the couple on their marriage! It has been quite the journey so far, and I will be the first to admit that I never thought they would actually make it to the altar. I can’t wait to see the wedding cake-cutting scene when Michael dabs some cake on Angela’s chin and then she picks up the whole thing and smashes it in his face!