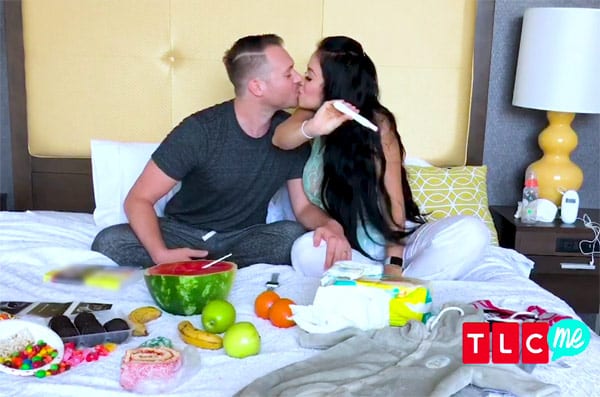 It’s just like the old rhyme goes: “First comes love, then comes K-1 visa, then come marriage, then comes an attempt at a modeling career, then comes a bunch of drama with your gay Colombian bestie, then comes baby in a baby carriage.” That looks to be the formula for 90 Day Fiance: Happily Ever After couple Russ and Paola Mayfield as they have just announced she is pregnant with their first child!

“I’m pregnant!” Paola declares in an announcement video posted on TLC.com. “We are expecting, and we are excited,” she adds.

“We are so ready for this now,” dad-to-be Russ says. “At first, we did have some reservations,” he adds, referencing Paola’s miscarriage.

“Yeah, we were really scared at the beginning after what happened to us,” Pao reveals. “You just try to protect yourself and keep your guard up.”

“But, our guard is down and we are excited and ready,” Russ says. “We really are!”

Russ reveals that he wants a little boy, and Paola counters by saying she is hoping for a little girl.

“We’re excited for this new chapter,” Russ continues, “and I feel like it’s already bringing us closer together.”

In addition to the video, Pao and Russ shared the announcement on Instagram. Russ shared this photo with Pao and the following caption:

We are thrilled to announce that we have a little one on the way! So much to prepare for and the cravings have started for the both of us ? I cannot express the amount of joy I have in my heart for our expecting baby. I believe this new chapter will bring more hopes and dreams that we will ever imagine. So much happiness is on the way! #russandpao #babymakesthree

Congratulations to Russ and Pao! It’s still unclear if the couple will be returning for a fourth season of 90 Day Fiance: Happily Ever After, but certainly Pao being pregnant will be an enticing story line for producers! I bet they are already setting up a sexy maternity modeling photo shoot for Russ to be upset about. 😉

Speaking of that, here’s an exclusive preview from 90 Day Fiance: Happily Ever After Season 4: 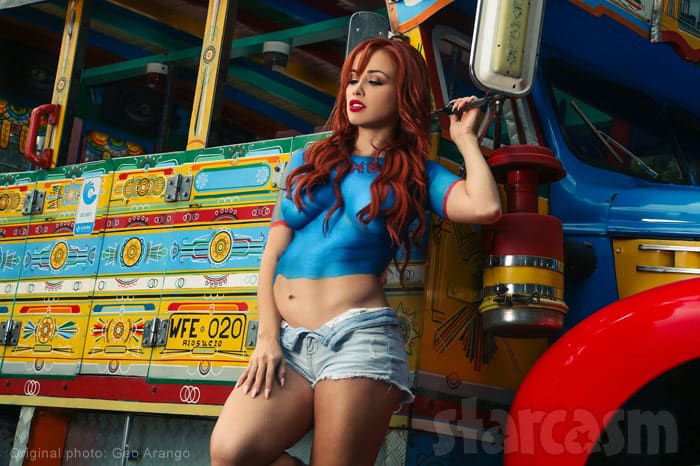 I was planning to add some congratulatory messages from Pao’s Happily Ever After co-stars, but I wasn’t able to find any yet. I did see that Paola’s tele novela co-star Juan offered up his congratulations in the comments section of Pao’s post:

TRANSLATED: Many people had asked me if you were pregnant and dying to tell them! To all those who are interested to know what I think although they do not believe it is an infinite joy to know that you are pregnant and that I am going to have a nephew, God knows how he does his things and if he put this baby in your life it is for something congratulations to you @paola_mayfield and @russ_mayfield I’m very happy for that baby I hope I can see you soon so I can celebrate it hahaha obviously in the most calm way I love you with my heart

Pao responded with: “gracias bb! Espero que ahora entiendas lo importante que mi esposo es para mi y que esta vez pueda tener paz y tranquilidad en nuestra relación. Te amo mucho! (TRANSLATED: thanks BB! I hope you now understand how important my husband is to me and that this time he can have peace and tranquility in our relationship. I love you so much!)