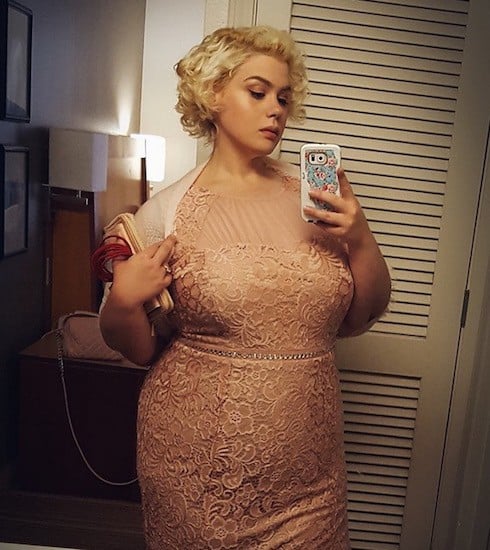 Over the last few years, Amber Rachdi’s life has undergone a radical transformation. The My 600 Lb Life Amber episode that kicked off Season 3 (and which you can watch here via TLC) depicted a 23-year-old woman who was troubled, distressed, and in need of assistance for even basic tasks. While she was being filmed for the show in 2014, Amber’s weight topped out at 657 pounds. Despite her young age, she expressed great misgivings about ever being able to change her health for the better.

Since her episode aired in February of 2015, though, it seems everything in Amber’s life has changed–and the result is a completely new woman, one with confidence to spare. For starters, thanks to gastric bypass surgery and a completely new approach to food, Amber has lost well over 400 pounds. (Amber, like all participants on My 600 Lb Life, is not allowed to share her weight on social media, but at least one fan conversation involves Amber’s body’s reactions when she hit 250 pounds, and photographs appear to suggest that she weighs less than that now.)

The photo at the top of the article is the most recent that Amber has shared, from before her brother’s wedding this past May; here’s another, this one of Amber in her favorite workout shirt from late 2016: 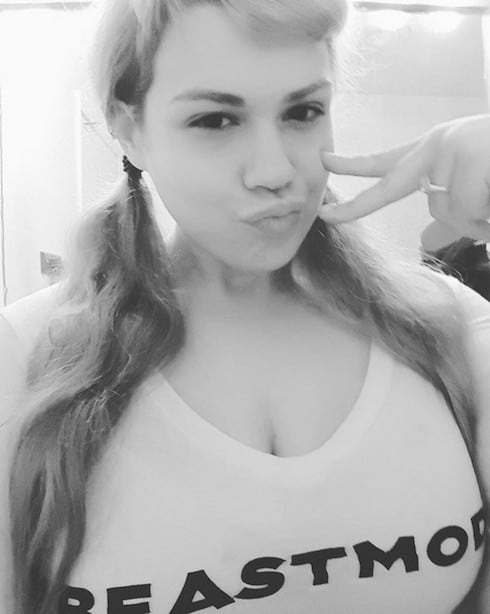 Amber is also in regular contact with fans and well-wishers via her Facebook page, which recently surpassed 20,000 followers. A few weeks ago, Amber did an extensive Q&A on the page, and gave in-depth answers to pretty much every question her fans asked. Here’s a sampling of some of the more unusual and / or intriguing questions, with Amber’s answers copied verbatim:

How long did it take your body to start operating normally again? (Asked by someone who also underwent bypass surgery)
“Hair started coming back in after about 10 months, stopped falling out after 8. I had hecka bad acne for about a year. Menses came back at about 480lbs, then vanished again at 250, probably because of the hormone dose of my IUD being sufficient to stop it. It just takes time. Hang in there!”

What could healthcare professionals have said to you to better help you and help you feel supported? (Asked by someone looking to get into the medical profession)
“It’s not so much the words were hurtful so much as seeing firsthand that their perceptions of obese patients negatively effected my healthcare. Their words and charting were no doubt read by other professionals, and the services I was offered and the attitudes of my doctors were impacted.

I am shy and kind of quiet by nature. My healthcare records read like a description of someone very loud and belligerent and unintelligent. That is how some doctors assume all obese patients are.”

How do you deal with people watching you eat?
“On the one hand, the mature and supportive adult that lives in my head wants to reassure you that perception [that people are watching you] is probably false. People are way too self centered to care about what you eat, unless they’re just genuinely curious about how bypass dietary restrictions work. I guarantee you, 9/10 times they are thinking about the positioning of their own bodies, replaying the last conversation they had with someone in their head, wondering what their spouse made for dinner, or having elaborate fantasies about the guy in the next cubicle being a suave and alluring ax murderer slash romance novel heroic villain.

On the other hand, I want to give you comically bad advice. Eat your food obscenely. Lick it like you are doing dirty things to it. Drool a little. Let your eyes roll back in your head. They’ll either look away embarrassed or bust up laughing. Screw them.”

Do you believe in the long-term success of gastric bypass surgery?
“No. I do not. Not fully. I think it’s a great tool for the temporary impact it has on the leptin cycle, stomach capacity, and insulin secretion processes of the body. I think mostly what it does is buy an overweight person time to learn new habits, get into therapy, and learn to make better choices on their own. Tons of folks need revision if they don’t focus their energy on learning new skills while the surgery is super restrictive. Dr. Nowzaradan likes to say he has no permanent success stories. I may very well need a revision someday if I am not careful.” 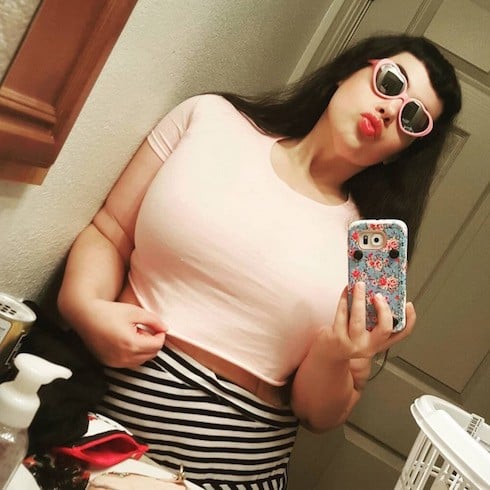 A further item of special note: Amber confirmed that the My 600 Lb Life Amber episode will not have a Where Are They Now? follow-up. (Since it’s also Amber who claimed “proprietary information” as the reason why she can’t reveal her current weight on social media, it seems safe to assume that she’s still under contract with TLC whether she does a follow-up episode or not.)

One unfortunate bit of news is that Friday, Amber’s dog and weight loss companion extraordinaire, died this past March 11:

Finally, for a *whole lot* more info from Amber on her own weight loss journey, what life has been like since the show, and what she’s up to these days, check out her recent, extensive interview with ObesityNow. It’s over an hour long, so make sure you’re good and comfortable before watching:

Congratulations to Amber for everything she’s been able to accomplish! If you’d like to keep up with her on social media, you can also follow her on Instagram here.