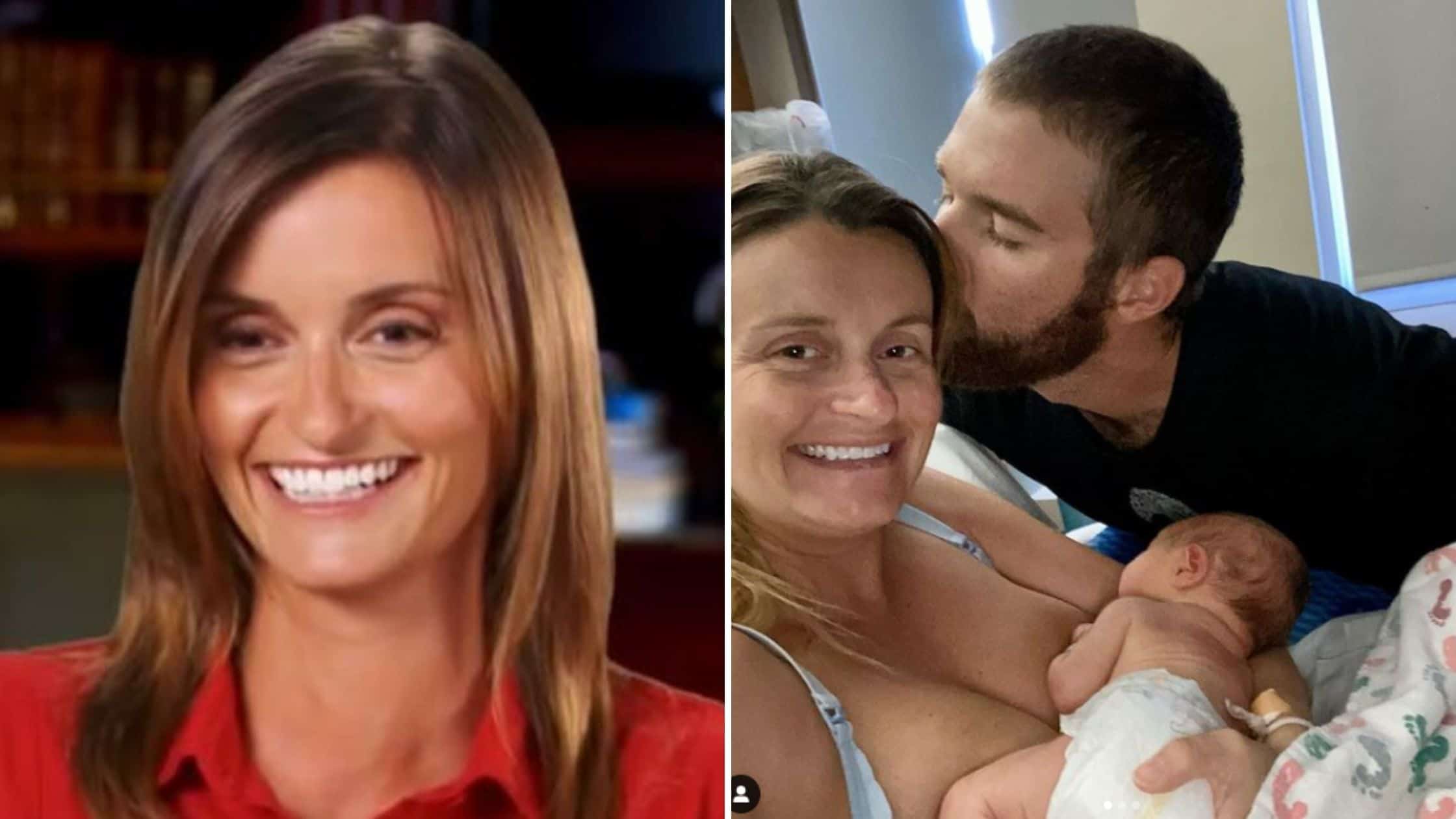 Tiffany Copeland, who appeared on the first season of Below Deck: Mediterranean, gave birth last week to a baby girl!

Amelia Rose Jones was born July 3, 2021 to Tiffany and her husband Evan Jones. The pair got married on October 10, 2020 with an intimate ceremony in Asheville, NC.

Although Tiffany no longer appears on Below Deck, she has stayed with the yacht life and even met her husband on the seas. Their engagement was perfect for the yacht life. A year before they got married, Evan proposed on a boat after Tiffany survived Hurricane Dorian and several other boat-related disasters. She detailed the rollercoaster week in 2019 that ended in an engagement in an Instagram post:

“This past week has been hectic. I rode out Hurricane Dorian in Virginia on the boat. Broke a piling. No other damage. The next day there was a fire at the marina I was at (no injuries). But @evangjones42 flew in that night to help us take the boat to Florida. The next day, both of our football teams lost,” Tiffany wrote about the harrowing week. “The next morning, as I’m throwing the last line off the dock to Evan, the boat decided it was going to lunge into forward on its own. My Captain jumped into action and cut the engines and we were able to get a line on a piling just in time. We almost hit 2 boats and almost took out the second floor of a restaurant.”

Evan had planned to propose to Tiffany after all of that stress, but Tiffany actually found out about the proposal
a littler earlier than he had planned. “That night, while watching #BelowDeckMed, laying in bed (also below deck haha), Evan and I took some selfies on his phone,” she said. “I went to look at them and scrolled one picture too far. I saw a ring. Oops! But luckily it was a day earlier than he had planned on asking, but at least we have a funny story. 💍”

Tiffany announced she was pregnant with a playful “Guess Who” game, and the couple revealed that they were expecting a daughter with an adorable mermaid gender reveal party.

Now that Amelia Rose is here, Tiffany is continuing the mermaid theme, which is quite fitting for the daughter of yachties. 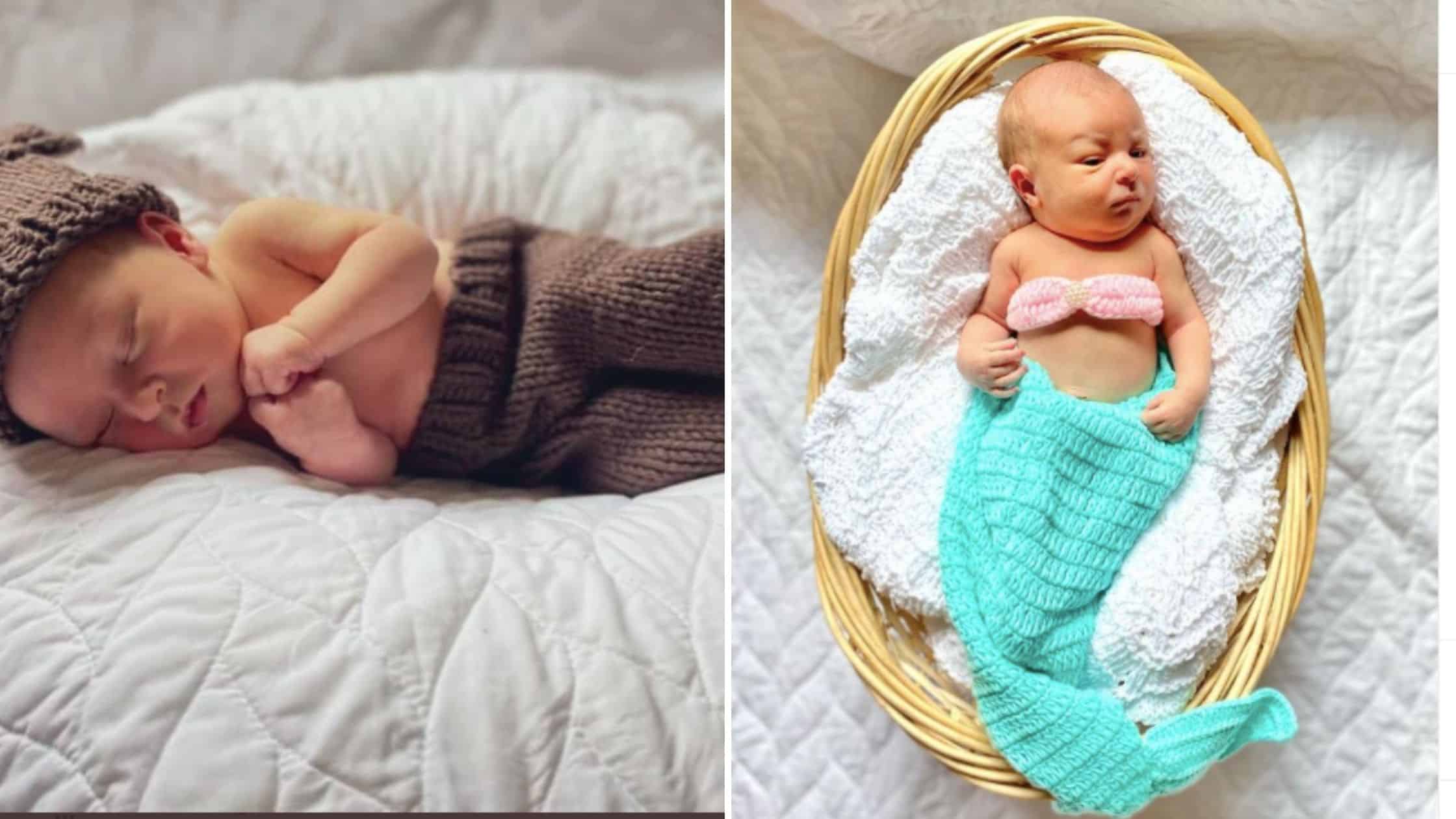 Her pregnancy has not been all smooth sailing. This March Tiffany was hospitalized with a burst appendix. She shared her experience via Instagram to spread awareness of what to look out for, especially for pregnant people because the symptoms are very similar to just being pregnant. It is, however, pretty rare to experience appendicitis during pregnancy. The Mayo Clinic reports that only 0.1% of people suffer from appendicitis while pregnant.

“This past week I spent some time in the hospital and ER,” Tiffany said at the time. “I thought I had normal pregnancy pains (round ligament pain). Turns out, my appendix burst. Symptoms are very similar! If you have abdominal pain while pregnant, accompanied with fever, chills, vomiting, diarrhea, seek medical attention!”

Tiffany also keeps in contact with fellow Below Deck: Med alum Hannah Ferrier. The pair had a tough initiation on board the Ionian Princess, but they’ve seemed to have patched things up. Hannah has also recently had a baby. Maybe they can arrange a playdate soon?

Is Tiffany a yacht captain now?

When Tiffany appeared on Below Deck: Med, she was very new to yachting and had a lot to learn, but she was determined to work her way up the ranks. Tiffany is a marine biologist and wanted to use her knowledge of ocean life to become a captain. In 2019, she achieved her goals, and got her captain’s license! Obviously, she’s not out on the waters right now, but it probably won’t below before she introduces her new little mermaid to the ocean life.