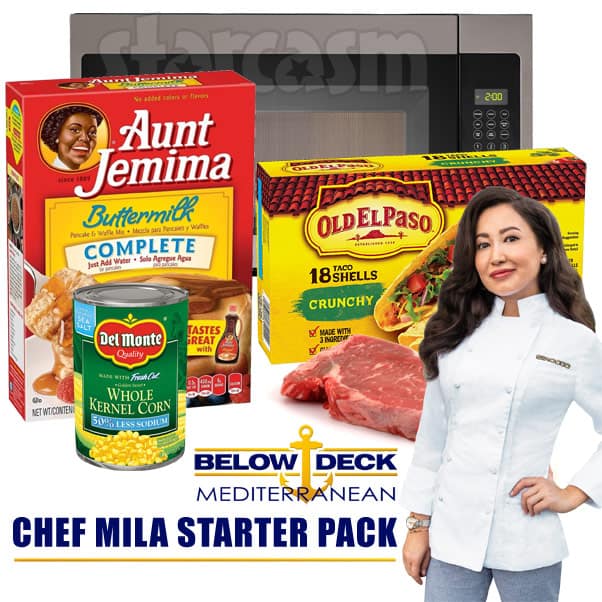 TAMARA TATTLES – Tamara recaps the latest episode of Below Deck: Mediterranean “in which we collectively pray for the hasty performance of a Milabotomy on the good ship Sirocco.” Once again, the entire episode revolves around Chef Mila’s ineptitude in the galley, culminating in a confrontation with Captain Sandy.

DLISTED – Chicago PD has released pretty much everything having to do with the Jussie Smollet assault case featuring tons of video footage. The videos include police body cam footage of police arriving at Jussie’s apartment after the alleged attack in which Jussie can be seen still wearing the noose the “attackers” put around his neck.

THE ASHLEY’S REALITY ROUNDUP – The Duggars continue their long-term plan to take control of Arkansas’ six Electoral College votes with more and more and more and more babies! Josiah, Lauren, Joseph and Kendra reveal whether or not they will be having boys or girls. (Are Duggar girls allowed to vote?)

REALITY TEA – Check out a Love After Lockup: Life After Lockup preview clip in which The Goddess terrifies Clint with a potential relapse! Did she take a swig of motha f***in’ booze or not?

CELEBITCHY – Cardi B is currently facing multiple charges stemming from a strip club melee back in August 2018. But Cardi B ain’t stressin’ because she got a Get Out Of Jail Free Card — her daughter. (I’m pretty sure a lot of little girls out there have moms in prison. Yeah, pretty sure.)

JEZEBEL – Former Countess and drunken police assaulter Luann de Lesseps is following up her authorial debut Class with the Countess: How to Live with Elegance and Flair with a memoir based on her diaries in which she hopes to “set the record straight” about herself.

THE BLEMISH – YouTubers Tana Mongeau and Jake Paul are apparently engaged. The announcement ends David Dobrik and Lorraine Nash’s short reign as “Most Fake YouTube Marriage of the Year.”

THE BLAST – Former Real Housewives of Orange County husband Jim Bellino continues his bid to somehow, someway become even more unlikable than he already is by filing a million dollar lawsuit against comedian and podcast host Heather McDonald.

THE GRACE REPORT – Grace recaps last week’s episode of 90 Day Fiance: Happily Ever After as she shakes her damn head at Chantel and Pedro’s supposed split, Larissa’s latest arrest, Pao’s decision to give birth in her bathroom, and Andrrrrrrrrrei’s rrrrrrrage issues.