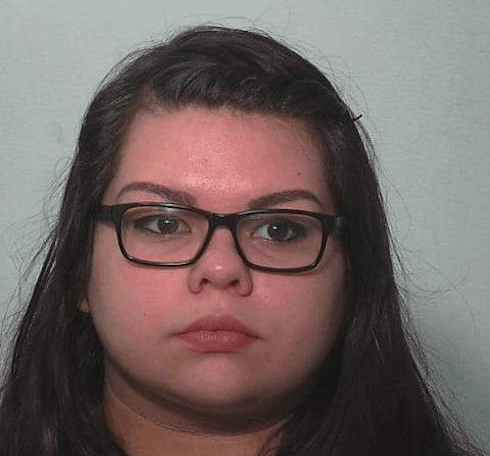 Sarai Rodriguez-Miranda, a 19-year-old Indiana woman, has been charged with attempted murder after poisoning a bottle of milk intended for her 11-week-old niece. According to the original story in the Fort Wayne Journal Gazette, the woman was upset “was angry that her mother was allowing her brother, his fiancé, and their 11-week old daughter to live at the house and stay longer.”

The story has gone viral thanks largely to the Sarai Rodriguez-Miranda mug shot (which appears to have come from a prior arrest, since the photo comes from the Allen County Police Department but Sarai has yet to be arrested for this alleged crime), combined with the chilling text messages in which she’s said to have outlined her plan. “I put the stuff in a bottle made in the fridge,” Sarai told her boyfriend, after crushing what authorities later deduced was approximately nine Excedrin tablets in a mortar and pestle, then dumping the powder into a bottle of breast milk.

Sarai, who was 18 years old at the time, added, “Yeah I thought it was funny that I don’t have an ounce of guilt.”

Later, when the bottle appeared to have been used, Sarai texted her boyfriend again: ““omg I forgot to tell you, the bottle is gone … I know I’m so excited dude. I’m glad it [the baby’s death] didn’t happen while I was here.”

But the murder attempt, which Sarai made on January 12 of this year, unraveled when her mother discovered the texts on the phone she and her daughter shared. The baby’s grandmother took screencaps of the texts, discovered that the taller of the two bottles in the refrigerator had “residue at the bottom,” “a greenish-colored ring,” and “darker color[ed]” milk, and took her granddaughter and the child’s mother to the emergency room as a precaution.

Fortunately, none of the poisoned milk had been consumed. Police would later analyze the milk and conclude that the equivalent of nine Excedrin capsules in 3.8 fluid ounces of milk was sufficient to kill an adult.

At some point during the night, Sarai realized her plan had gone awry, and sent yet more texts. “Why didn’t that baby die dude thats dumb,” she wrote to her boyfriend (and apparently also complained of her own aches and pains as well). “They definitely threw it out….Yeah and I thought for a sec it could be psychosomatic where my subconscious is guilty so it creates these pains but tbh (to be honest) I hope she dies. I don’t feel bad about it bc she was destined to grow up (expletive) or be abused. I’d never be suspect I know but I hope it works.”

Sarai’s mother ordered Sarai to stay at home so she could talk to police, but the young woman fled. She’s been on the lam for the entirety of the eight months since, and is believed to be with her boyfriend in Michigan.