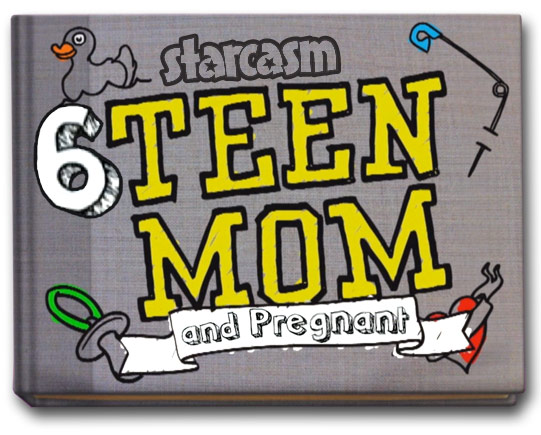 MTV officially announced earlier this month that they were casting for a sixth season of their ground-breaking docuseries 16 and Pregnant, and we later shared reports that the network was considering the possibility of choosing four mothers from 16 and Pregnant Season 5 for a Teen Mom 4. But now it sounds like the actual truth is a mixture of those two stories as MTV has revealed the new season of 16 and Pregnant will be revamped and presented in the Teen Mom format with four mothers’ stories told over multiple episodes.

“We are retooling 16 and Pregnant,” head of MTV programming Susanne Daniels tells TheTVPage.com. “We decided to try something new. 16 and Pregnant was stand-alone episodes [in the past] and we are going to use the Teen Mom format for 16 and Pregnant this season.”

Daniels points out that “closed-ended programming” has its advantages, mainly because you can reshow episodes at any time that begin and end within an hour or two. So MTV can easily fill a time block on Saturday night, for instance, with a single episode of 16 and Pregnant — at least how it used to be formatted.

Why change things up now after five successful seasons? “We find that the Teen Mom ratings build over the course of the season as people get invested, so we thought, ‘Lets just look at that with 16 and Pregnant and see how it goes.’”

So the end result will essentially be a Teen Mom 4 with brand new moms that MTV viewers have not met previously on individual 16 and Pregnant episodes. That explains not only the reports that MTV might be considering a brand new installment of Teen Mom, but also the reports that they would be filming the new moms for a longer period of time.

When I first saw The TV Page article about the new format only one word came to mind… BRILLIANT! I shook my damn head and wondered why I hadn’t thought of it before. I never believed that an hour was nearly enough time to really get a true glimpse into these mothers’ lives, and even the occasional two-hour episode left me wanting to see a little more.

Of course, this will put a HUGE burden and a TON of pressure on the people responsible for casting the new season! Before, MTV could pick 16 girls or whatever and decide later based on ratings and fans’ reactions who to bring back. But now they are fully committing to four mothers pretty much based on applications and some audition footage. (I’m wondering if MTV won’t actually select six or more moms in the beginning and then later decide which four to commit to after they have a lot of footage to look at.)

Personally, the news has me really excited for the new season! And according to The TV Page, we may have a premiere date within the next 30 days! What do you think of the changes?

UPDATE – Well, the “next 30 days” thing obviously didn’t pan out, but TWO YEARS LATER it appears that MTV is giving this revamped format another go with multiple pregnant teens in New Jersey.