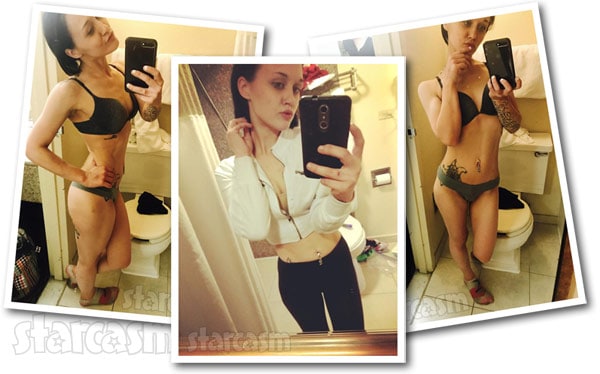 Troubled 16 & Pregnant mom Jordan Cashmyer has previously been in the headlines after becoming a stripper, entering rehab, and talking openly about a suicide attempt in 2014. The now-22-year-old from near Baltimore is causing concern again after it was discovered she is currently advertising herself on multiple escort service websites.

Jordan is posting under the name Raquelle, but it is clear from her many tattoos (including a large “Cashmyer” tattoo on her forearm) that it is indeed Jordan. In many of the photos, which appear to be taken in a hotel room, Jordan looks very thin: 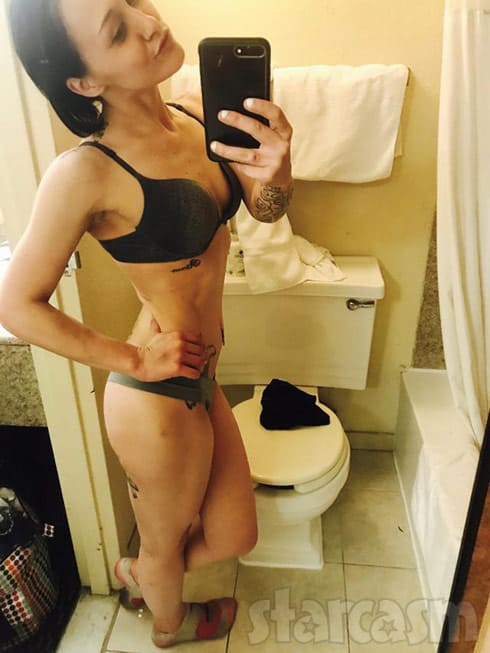 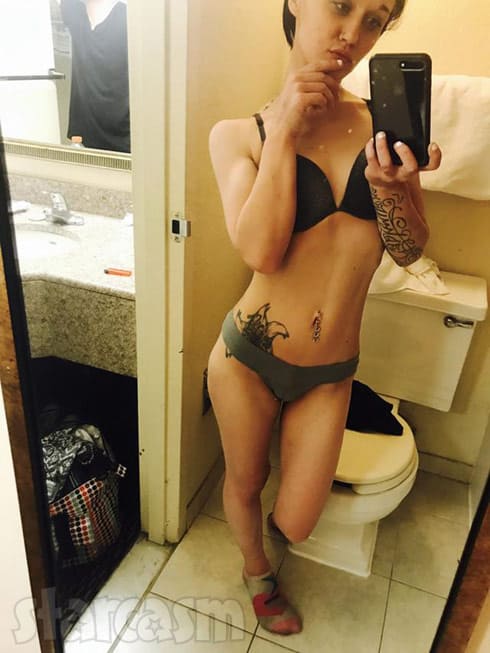 There are a few topless photos and a full-length nude as well, although Jordan usually has her breasts covered with her hands or arms.

The ads are current, with the most recent being yesterday, July 19. Here are a couple examples of the ad descriptions (with her phone number removed):

Hey, I’m Raquelle.
Down to earth & open-minded, with a girl next door look & a sirenic sex appeal. Looking for generous men who want a little adventure, a little more fun and alot more enjoyment, spending some time with me.

Serious inquiries only. This is not an ad for a “cheap date. I make sure the date is well worth it. Send me a text if you’re interested in meeting up.

There are a number of commenters complaining that they have arranged things with “Raquelle” only to be stood up. Another commenter on the site wrote on one of her listings: “Beware will have pimp come knock on door. Total rip off STAY AWAY. THIEF.” This is just a comment on an escort website, so I’m not sure how true it is. (There were no other comments referencing a pimp.) The site also has a “reviews” section, but you have to sign up to access it. 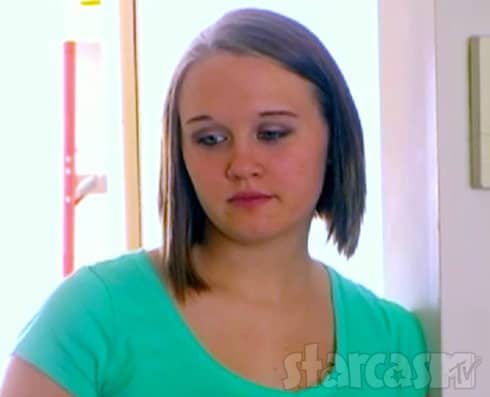 Fans of 16 and Pregnant will probably remember Jordan (photo from the episode above) as her story was one of the most remarkable of the entire series. Featured in Season 5, Jordan and her boyfriend Derek Taylor were homeless for a large part of her pregnancy. Jordan and their daughter Genevieve (aka Evie) moved in with Jordan’s parents while Derek moved in with his grandparents so he could attend school.

Soon after the show aired, it was revealed that Jordan was working as a stripper. A couple of months later, Jordan announced on her Tumblr blog that she had just gotten out of the hospital after being suicidal. From her post:

I am happy to tell you that I am home from the hospital. I have been struggling with a lot of different things, emotionally, since I had Genevieve. I was diagnosed with post-partum depression and was on medication for a little while for it but I never followed up with my appointments. After that things started to get out of control. My mood wouldn’t stay stable for very long, I was extremely impulsive, couldn’t focus…my anxiety got worse, as did my depression and OCD. It got to the point where I didn’t know what to do or how to handle it because I had lost everything that was important to me…

I felt that there wasn’t much of a reason to live anymore. After trying to overdose, I was taken to a hospital and have been in there since then. They felt that I had made enough progress to go home today. I am now on medication and feeling great…Things are really looking up and I am set on having the best possible future for my daughter and I.

In June of last year, Jordan was in the headlines again as it was revealed she had entered rehab for her issues with alcohol and drug addiction. Jordan had been very open about her drug us in her online posts. “I practically used my body as a trashcan and would put whatever was given to me in my body,” she wrote. She added “I would take whatever else was offered to me,” which included alcohol, cocaine, Xanax, heroin, and Percocet. Those were just the ones she listed by name.

It’s unclear at this point what Jordan’s relationship is with her daughter or the rest of her family, we only hope she has someone who cares for her who can make sure she is OK and potentially get her more help if needed.