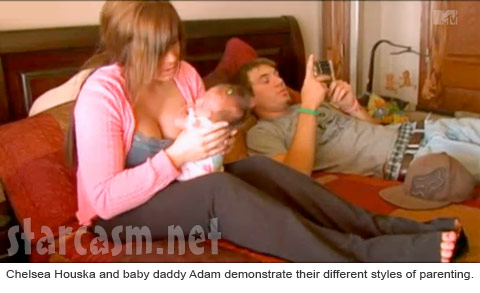 Another week, another episode of MTV’s 16 and Pregnant with SERIOUS baby daddy drama! Episode four features Chelsea Houska and baby daddy Adam Lind of South Dakota and judging from the preview clip it’s going to be slacker boyfriend number four!

UPDATE (Winter 2010) – Chelsea and Adam are back together!

According to Chelsea’s Formspring account she tried to make it work with Adam, but found out he was cheating on her with other girls and they eventually split up permanently. Three weeks ago she was still hopeful that they would get married, but on Tuesday she answered these Adam questions:

are you with adam still?
no

You think its a good thing that Adam isn’t in Aubree’s life? Or do you wish he was? Also, what made you want to name your beautiful daughter Aubree? Cute Girl!
umm…i think right now its for the best that he isnt, just because i dont think he’s mature enough to be a dad right now. but i always wish she had a mom AND a dad. i’ve always liked the name, i think its very cute and girlie..thank youuuuuu!!! :]

It seems, much like some of the other girls on the show, Chelsea and Adam have had an on again/off again relationship and they’re currently Off with a capital “O.” The two were broken up around Christmas time but apparently got back together on New Year’s. From Chelsea’s Formspring:

what made adam change the way he was?
he cheated on me over christmas break and i was f***ing over it. like done. and he came to my house on new years and tried making it better and idk i decided to get him one more chance and he’s doing a ton better

Here’s a photo from New Year’s posted on Adam’s Facebook page showing the happy couple back together: 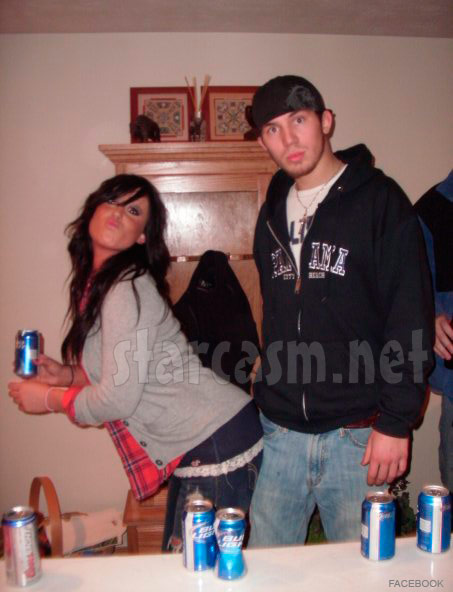 But, speaking of Adam’s Facebook, the most recent split between the two has turned rather vitriolic. Here are a couple posts by Adam from the last couple days:

[Friend’s comment] Do you really mean this adam?? seriously you have one of the cutest baby girls in the world you should really take advantage of it… and i also don’t understand how people can actually like this status.. kind of disgusts me!

Adam [response]: wut does my status have to do wit my daughter i will always love her but i hate that stupid f**kng show and i hate stupid f**ng chelsea i dont give 2 sh*ts how many ppl like her statuses and how many ppl talk sh*t bout me to her and how many of my friends talk to her they can go right ahead but only a few ppl know the truth bout the crazy a$$ thats me and schlutz and cody so ya i am sorry thats just the way i am now all cuz of her

And in response to Chelsea’s quote on her Facebook page that reads, “any boy can make a baby but it takes a MAN to be a daddy.” Adam posted, “takes a girl to have a baby and take care of it but it takes a WOMEN to treat her man good and not be a complete f***ing PHSYCO!”

Yeeeesh! My take on these shows and teen pregnancy in general is that the girls aren’t able to live in denial because they see their growing bellies everyday, but it’s easier for the boys to pretend like nothing’s different. Plus, after the birth it’s usually the moms taking care of the children so once again it’s easy for the dad to not be forced to grow up. I suppose that’s an obvious observation, but I think it helps explain why 90% of the boys on these shows come off as jerks. They are jerks, but that’s mostly because they are teenagers who haven’t been forced to deal with the fact that they are fathers. (That doesn’t explain the psychotic viciousness of Nikkole’s Josh or the alcoholism of Jenelle’s Andrew.)

I’m not defending these boys, just saying that the show reveals that mothers can’t really pretend and act like they’re not pregnant. They can’t keep partying, they can’t go to the mall without people knowing they’re pregnant – they have to deal with it. 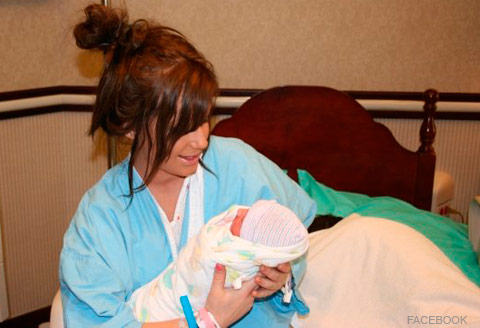 Here are a couple more interesting Q&As from Chelsea’s Formspring, including addressing being a party girl:

do you think that the partying and such led to you being less responsible about having protected sex?
probably ya

did u drink or smoke during your pregnancy?
never ever…EVER.

ah! who was ur favorite on team mom, i love maci,ryan and bentley and Caitlynn and tyler. Maci and ryan are so cute I hope they stay together
ummm..i like maci and farrah. i hope maci doesnt stay with ryan :/ he’s a jerk

What made you want to be on 16 & preg, and what was your reaction when you found out you were chosen?
welllll you see, i never actually thought i would get chosen, or that they would even write me back! hah. i watched the first season and i was pregnant at the time and i really was able to relate with some of the girls and watch how they handled certain situations, and i wanted to be able to do the same for other girls

We look forward to next Tuesday! Chelsea sounds like a fun girl with the maturity to step up and deal with the responsibilities of having a child while being a teenager. To see photos and videos of her beautiful daughter Aubree, hop on over to Chelsea Houska’s official Facebook page and become a fan!

UPDATE – In case you haven’t heard, Chelsea Houska will be one of four 16 and Pregnant Season 2 girls to be featured on MTV’s second installment of Teen Mom set to premiere January 11, 2011! You can CLICK HERE to keep up on all things Chelsea!

VIDEO Is ‘The Mad Drummer’ Steve Moore truly In The Wrong Gig?