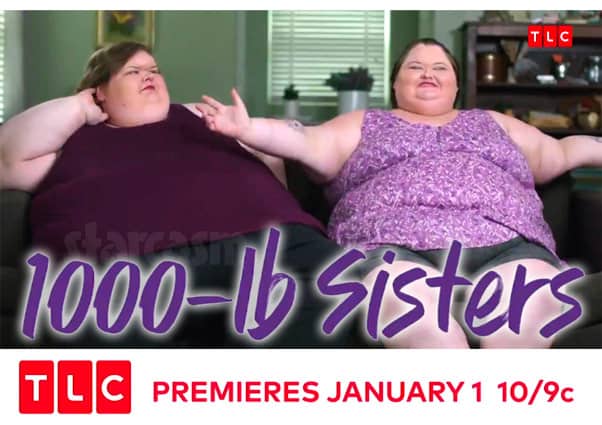 “Hey y’all!” It’s been rumored for months that YouTuber Amy Slaton was filming a reality series with TLC, and the network confirmed it earlier today by announcing that Amy will be joined by sister Tammy Slaton in a brand new show titled 1000-Lb Sisters premiering January 1!

“Amy and Tammy Slaton, spunky sisters from Kentucky, have candidly shared their lives, weight struggles and larger-than-life personalities with their YouTube fans,” TLC’s press release begins. “Now, tipping the scales at over 1000 pounds combined, TLC will follow The Slaton Sisters through their biggest endeavor yet: losing enough weight to qualify for and undergo life-changing bariatric surgery and pursue their dreams.”

Here the first preview trailer for the series, which will feature six episodes in the inaugural season:

Sisters Amy and Tammy have an unbreakable bond. Now their weight loss journey could push them to the limit. Tune in to the series premiere of #1000lbSisters Wednesday, January 1 at 10/9c. pic.twitter.com/vZjmezKvFs

The show announcement is hugely exciting for me personally because I have been a fan of Amy (and Tammy) for years! Amy is actually the only YouTuber I have ever followed for an extended period of time, and I couldn’t be happier that she will be on TLC and more people will be able to get to know her.

Just like a lot of her long-time fans, I was first exposed to Amy and Tammy through their viral “Chubby Bunny Challenge” video posted way back in November of 2014. The clip features the sisters stuffing as many marshmallows in their mouths as possible while repeating the term “Chubby Bunny” after each addition.

Here’s the video, which has since amassed well over 1.7 million views:

Clearly, the success of the video had a lot to do with the Slaton Sisters’ weight and appearance, and the virality of the clip was largely at their expense. However, I was fascinated enough by the duo to watch additional videos on Amy’s channel, and I was quickly won over by her charismatic sincerity.

There was probably a year and a half there where I watched pretty much every video Amy uploaded. I can still remember laughing to myself in excitement whenever she would share another installment of “What On My Nails?” or perhaps a “taste test” video, which usually just meant Amy would eat something, then either nod or shake her head while chewing, before offering up a brief sentence or two summarizing the experience. I realize that doesn’t sound interesting at all, but like so many YouTube success stories, it’s all about the personality — and Amy’s personality is nothing short of endearing.

It appears as though Amy has deleted her very first “What On My Nails” video [NOOOOOOOO!!!!!], so here is the second installment:

Amy followed up the viral success of the “Chubby Bunny Challenge” video with “The Power of Makeup” in April of 2016. That video, which featured Amy applying makeup to just half of her face before doing a before-and-after reveal, BLEW UP and has been viewed MORE THAN 7 MILLION TIMES!

Unfortunately, Amy’s relatively small amount of exposure combined with her physical appearance resulted in an inevitable hater community that obsesses over everything Amy does. As I’m sure you can imagine, the criticisms of Amy were beyond harsh, and they were/are constant.

But, despite all of the negativity, Amy has persevered. She’s taken more than a few breaks over the past five years, but she always comes back. As a result, her subscriber count now sits at a little more than 115,000. And now, she and Tammy have their own reality show! 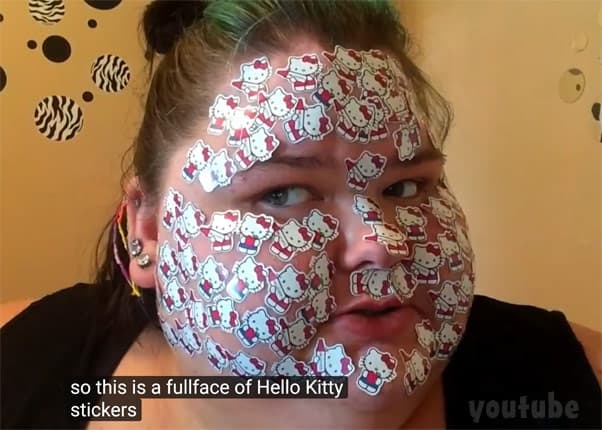 In 1000-Lb Sisters, TLC follows younger sister Amy, age 31, who wants to start a family with her new husband but is having trouble getting pregnant due to her weight and health issues. At 32, Tammy needs help with everyday tasks and had to move in with the newlyweds after her last hospital stay. She dreams of moving out of Amy’s house so that she can live independently and find a love interest. But at 406 and 605 lbs. respectively, Amy and Tammy will have to lose weight before they can get approved for the surgery they hope will change their lives.

The docuseries will follow them every step of the way, from appointments with their doctor and navigating the relatable challenges of eating healthier and moving more, to finding out if they qualify for surgery and having the procedure if they do. Whether it’s sampling exercise equipment like thigh masters and shake weights or cutting back on unusual culinary treats they enjoy creating like “dressed bananas” (bananas dipped in Miracle Whip dressing and rolled in chopped peanuts), the sisters learn and laugh as they try to embrace a healthy lifestyle.

Tammy’s limited mobility forces her to rely on Amy more than she’d like to, adding to the tension that already exists just from living under the same roof. She hasn’t left home in six years except for medical attention, and the isolation has taken a toll on both of them. Longing to connect with people, the sisters created a YouTube channel where they post funny videos and document their lives. But behind all their jokes and wacky humor, the sisters know they have to get serious about weight loss – or the consequences could be life-threatening.

Viewers will get a front-row seat to their emotional rollercoaster ride, from the highs and lows to challenges that alternately test the strength of their bond and bring them closer together. All of it will be captured through the lens of their big, lovable personalities and unique brand of “funny” in this captivating series full of heart and humor.