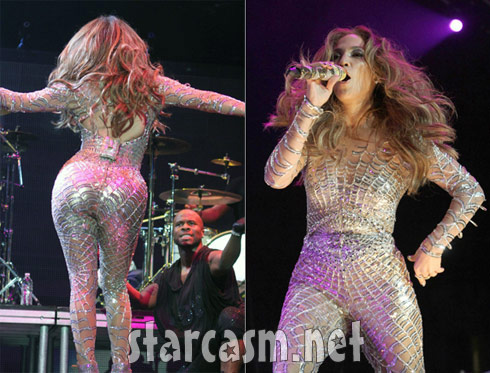 Yes, Jennifer Lopez has a confirmed “intimate video” and yes the release of said video could decrease the work output of the world by at least 25% for at least an entire business quarter. In the interest of self preservation and to battle a worsening economy at the hands of her badonkulousness JLo has been fighting whitened tooth and manicured nail with the assistance of her lawyers to make sure that this tape never sees the light of day or the dim lights of your den.

Yours truly was compelled to report on the existence of this holy grail of celeb tail back when she was fighting over the right to the clip with her ex-boyfriend Ojani Noa. At the time it was reported that the video contained, among other things, footage of Lopez in Cuba riding a scooter with her nakedness exposed (me now sweating) to the public! Now that’s what I call a Cuba Gooden’, Jr.

The latest chapter in the, “will this bumshell ever surface?” drama involves some apparent bumbling and mishandling on the part of the parties currently in possession of what could become a national obsession if you’ll excuse my digression. Noa’s current girlfriend, one Claudia Vazquez, was keeping safe guard over the footage but is now claiming that it has been stolen by the co-executive producer of the project (this was a project?) Ed Meyer! This could make it difficult to keep JLo on the down low.

Vazquez’s attorney has loaded his legal guns and fired off a letter demanding that Mr. Meyer get himself to court and return the footage or he’ll be in a heap of trouble. I’ll be keeping you posted, that is unless I get a copy at which point I will be taking a little vacay.

RHONJ’s Jim Marchese has a long history with fraud cases