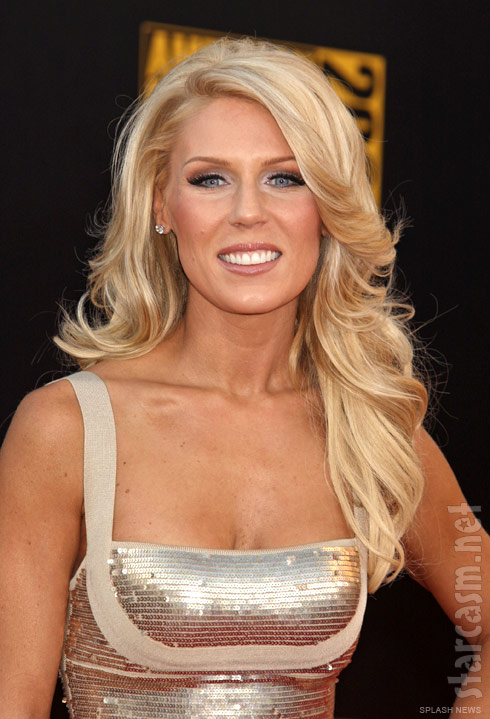 The Real Housewives of Orange County star Gretchen Rossi just can’t seem to shake her persistent ex Jay Photoglou. The couple is currently embroiled in a bitter legal battle that includes allegations of libel, slander and defamation over their differing accounts of the details of their relationship.

And speaking of those “differing accounts,” we won’t be hearing Jay’s take on their sexual or financial history thanks to a protective order granted by a judge on Friday. Here’s an excerpt from the minute order which lays out specifically what information can’t be shared:

The motion by plaintiff Gretchen Rossi for a protective order is granted in part and denied in part. The motion is granted with respect to information gained by either party through the use of all of the discovery processes regarding the following topics:

1. The sexual history of either party

4. The home address of either party

Plaintiff, defendant, their attorneys, and others acting on their behalf, shall not make use of and shall not disseminate the information defined above which is gained through discovery, other than such use as is necessary in order for the discovering party to prepare and try the case. Information regarding the above information gained through the discovery process may not be published by plaintiff, defendant, their attorneys, or anyone acting on their behalf, or made available to any news media for publication or dissemination, absent further court order. This protective order has no application except to information gained by either party through the use of the discovery process.

Gretchen Rossi’s attorney Bryan Freedman commented on the order to Radar saying, “We were not surprised by this ruling although we feel Rossi’s sexual history with Photoglou should not be subject to the protective order since she has openly told numerous third parties that the two never had sexual relations and never dated.”

PHOTOS Real Housewives of Orange County get muddy for charity