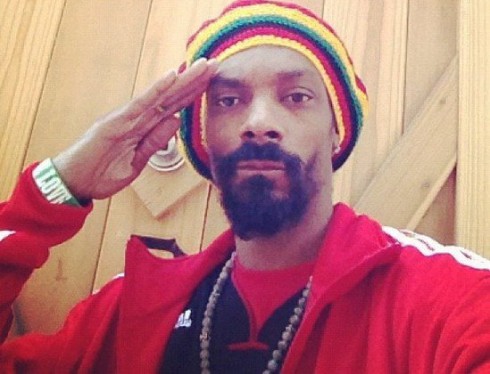 Snoop Dogg has undergone a major transformation, and even changed his name to Snoop Lion.

The longtime marijuana lover recently spent some time in Jamaica and fell in love with Reggae (it’s strange this hasn’t happened sooner.)

He felt so moved by the experience that he changed his name to Snoop Lion, and is releasing a Reggae album called Reincarnated.

The first single from Snoop Lion is called “La, La, La,” listen below:

Despite his mellow tunes and ‘tudes, Snoop Lion is in a tiff with Norway. He’s not welcome in the country for two years because he was busted for pot while trying to attend a concert date there last month.

Snoop’s not letting the ban get him down though, his lawyer said Snoop “can live with the decision.” No doubt that’s code for “he’s just gonna smoke another joint and play another jam.”

UPDATE: Snoop let his “rebirth” be taped for a documentary called Reincarnated. He thinks he is actually Bob Marley reincarnated, and says he has always thought that.

He changed his name because a Priest in a temple told him he was no longer “Snoop Dogg:”

“I didn’t know that until I went to the temple, where the High Priest asked me what my name was, and I said, ‘Snoop Dogg.’ And he looked me in my eyes and said, ‘No more. You are the light; you are the lion.’ From that moment on, it’s like I had started to understand why I was there.”