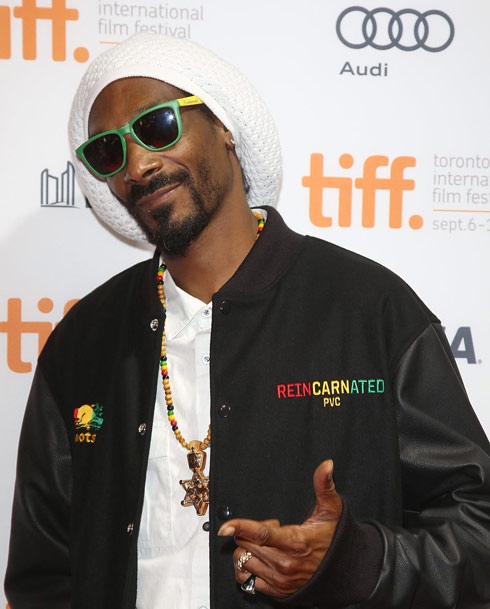 Snoop Dogg has gone through a recent rebirth after a trip to Jamaica, going as far as to change his name to Snoop Lion. In an interview from the January issue of GQ, the Doggfather discusses his maturation, spiritual rebirth and even how he’d go about sharing his proclivity for marijuana with his kids.

“As you become a man, you start having kids and living. You put the guns away, and your music becomes ‘Hey, I’m with my kid and I’m living now’ … as opposed to ‘F**k that—I’ll shoot you on sight.’ … If I focus on death, it’s going to come closer than what it’s supposed to be. You’ll become it. I’ll say it to my friends: Write songs about being shot at and then the sh!t happens. And I don’t want to dwell on it long, but I wrote a song called ‘Murder Was the Case,’ and I never had a murder case in my life. But when that song came out, I had a real murder case.”

Snoop Lion, birth name Calvin Broadus Jr., has three children, Cori, Cordell and Corde, that range in age from 12 to 18. He discussed how he would handle the use of marijuana with them.

“It’s not that I would ever push weed on our kids, but if they wanted to, I would love to show them how, the right way, so that way they won’t get nothing put in their sh!t or overdose or trying some sh!t that ain’t clean.”

Snoop then went on to talk about his desire to share the book, It’s Just a Plant: A Children’s Story of Marijuana, with the 8 to 9-year-olds he coaches in youth football. “Believe it or not they need to know.”

Lion’s anticipated new album, Reincarnation, is set for an early 2013 release. Snoop doesn’t rap on the record, instead choosing either to sing or talk. There will also be an accompanying documentary.

Why Snoop Dogg changed his name to Snoop Lion