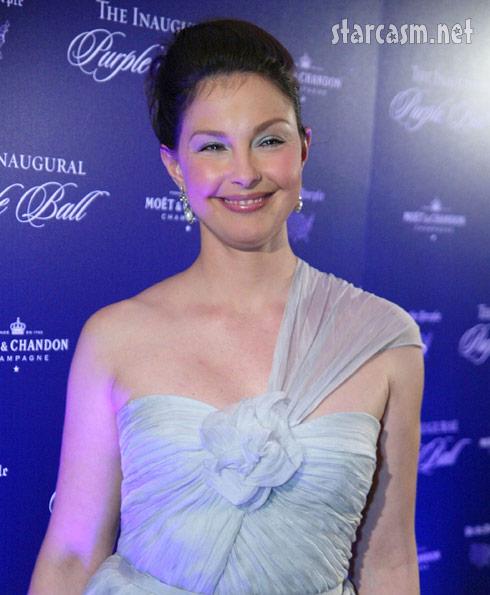 Ashley Judd has released, “All That Is Bitter and Sweet: A Memoir,” and revealed within reflections of a painful childhood that included sexual abuse and thoughts of suicide.

The book was written by Judd along with the assistance of author Maryanne Vollers and I’m guessing that the latter may have been pressing the keys when it came to Ashley’s comments in regards to rappers Snoop Dogg, P Diddy and hip-hop music in general.  What follows is a diss for sure, but I’d have to say it’s one of the more verbose celebrity bombs dropped in a while.  This passage, according to Radar, comes from Ashley writing about her involvement in AIDS awareness:

She goes on to write:

“Along with other performers, YouthAIDS was supported by rap and hip-hop artists like Snoop Dogg and P. Diddy to spread the message…um, who? Those names were a red flag.  As far as I’m concerned, most rap and hip-hop music — with it’s rape culture and insanely abusive lyrics and depictions of girls and women as ‘ho’s’ — is the contemporary soundtrack of misogyny.”

And here is where Ashley J. gets all professor like:

“I believe that the social construction of gender — the cultural beliefs and practices that divide the sexes and institutionalize and normalize the unequal treatment of girls and women, privilege the interests of boys and men, and, most nefariously, incessantly sexualize girls and women — is the root cause of poverty and suffering around the world.”

Holy smokes!  I’ve read many quotes and arguments against the general attitude towards females in rap but to take it to the next level and link the musical form to the root of all suffering is hard core.  In fact, I’d say that Ashley J. went global deconstruction gender theory gangsta on Snoop Dogg and P Diddy’s collective a$$!

Michael Jackson’s Neverland Ranch is going up for sale