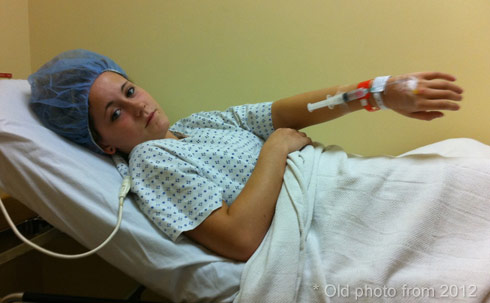 According to reports, Teen Mom 2 star Jenelle Evans has been in and out of the hospital all week. Neither the reality star nor her reps have officially revealed what is ailing Jenelle, but an “inside source” is sharing details.

“Her nerves are all messed up in her body and she has restless leg syndrome and can hardly walk,” the source tells Radar Online. “She has shortness of breath and loss of coordination and balancing when walking.” The laundry list of ailments continues: “She’s having hot flashes like insane and overload in every sense of her body. She feels like she has arthritis in her knees.”

The source adds that Jenelle still doesn’t know the underlying cause of all her symptoms, even though the hospital reportedly told her it was stress-related. “The other hospital said it was anxiety, but they ran simple blood tests and Jenelle told them they were wrong, and to take a thyroid test on her. They refused and discharged her and sent her home.”

Anxiety being the root cause of Jenelle’s medical issues make sense given her recent issues with ex Nathan Griffith, who currently has a warrant out for his arrest after taking Jenelle’s car from an airport long-term parking lot while she was on vacation in Florida with boyfriend David Eason. Nathan’s name was on the title of the vehicle with Jenelle, but Jenelle pressed charges for her possessions in the car when it was taken.

In addition to the Nathan stress, Jenelle is still scheduled to go before a jury on February 16 for the incident in August in which she allegedly threw a glass at Nathan’s girlfriend (now fiancee?) Jessica Henry. 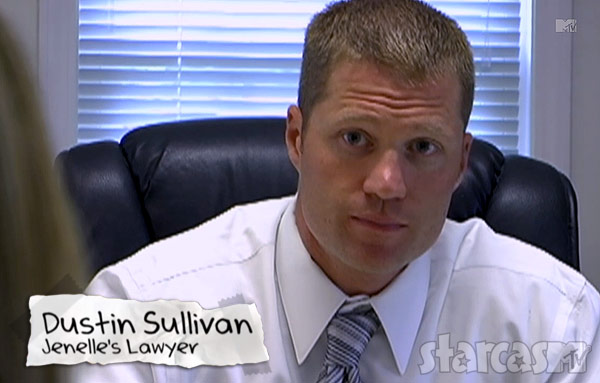 Fans of the show are well aware that Jenelle has managed to dodge innumerable convictions to date, thanks in large part to her attorney, Dustin Sullivan (above). But this case is in South Carolina, and Jenelle will have a different lawyer defending her. Plus, a jury trial is an incredibly stressful thing in itself!

On a slightly more positive note, Jenelle looks to have addressed her whip issues with a brand new SUV! At least that’s what I take from this Twitter exchange with a fan:

@PBandJenelley_1 Dodge Durango the luxury one

In addition to her new ride, Jenelle also has a new website coming soon! She has been excitedly promoting jenellelaurenevans.com, which will be launching February 1. To help raise awareness, here’s Jenelle in a bikini:

I am so excited to share this with you guys! 2016 is going to be a big year for me & part of that is connecting with my fans through my website! 2.1.16