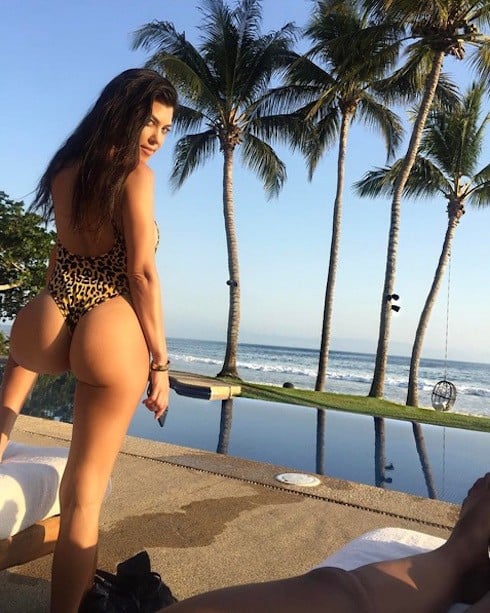 Earlier this week, we reported on rumors that Kourtney Kardashian and Younes Bendjima, a 23-year-old former boxer turned model, were secretly involved in a whirlwind relationship. At the time, it looked like those rumors might have been nothing more than a planted story to needle Kourtney’s former flame Scott Disick. But now, in a surprising move, Kardashian home network E! has confirmed that Kourtney and Younes are an item, and have been for some time.

E! reported that the two “keep their situation on the down-low” by “quite frequently” meeting at Los Angeles’ Hotel Bel Air. And, when they do, by “stay[ing] away from the bar or common area”–which is basically a euphemism for “they share a hotel suite.” (Devotées will recall that Kourtney and Justin Bieber did the same thing when they started hooking up in late 2015, and were only found out when an intrigued paparazzo took several photos of Kourtney leaving the hotel alone at 4 AM.) 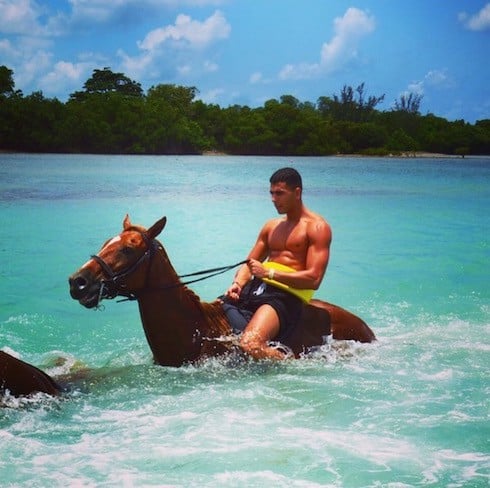 Kourtney Kardashian and Younes Bendjima, who just celebrated his 24th birthday last week, met during Paris Fashion Week last October. Younes was apparently “really helpful and supportive” for Kourtney on the night of Kim’s robbery. That tense environment may have solidified their bond. According to E!’s insider, “Kourtney really likes him and will text him to meet up whenever she has time without her kids.”

The pair has also been making things more public a little bit at a time. Two days ago they stepped out for their first public date: a three-hour date at Il Cielo, the “most romantic restaurant in Los Angeles,” and were seen “very cozy…holding hands and sneaking in kisses.”

“It’s been casual,” said a source, who seemed to imply that the description may no longer be accurate.

PHOTOS Who did Tristan Thompson cheat on Khloe Kardashian with?