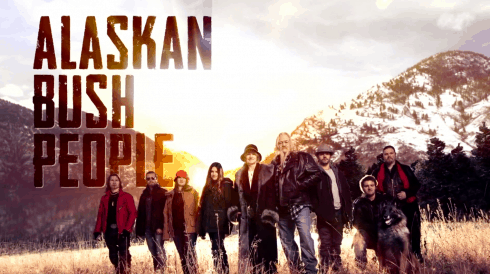 The Brown family from Discovery Channel’s Alaskan Bush People aren’t located in Alaska anymore. Instead, they are braving the wilds of Washington state to set up a new homestead on 435 acres of land. Find out why the family may never go back to their show’s namesake state and the fate of their former homestead Browntown.

The Brown family previously had a homestead called “Browntown” near Hoonah, AK on Chichagof Island. It was later revealed to be more a television filming set than an actual residence for Billy and Ami Brown and their six children. In fact, it soon became clear that the family didn’t actually permanently live in Alaska, much less spent most of the year removed from most civilization.

Their lack of permanent residence in Alaska became a much bigger deal than just reality TV smoke and mirrors – they faced major legal trouble for lying on forms to apply for the Alaskan Permanent Fund dividend and for not meeting hunting and fishing license residency requirements.

The family left Alaska for good last year after mom Ami got diagnosed with lung cancer and required the help of modern medicine. This season follows the family as the children dream up what to do with their piece of the Washington wilderness because as Billy Brown says, they can never return to Alaska.

The couple told Monsters and Critics that while, thankfully, Ami is in remission, she can’t ever go back to Alaska because it would compromise her level of health care. She currently has to go back for CT scans every few months.

Even the children didn’t want to put their mom through moving back to the secluded Alaskan set. “The doc was saying how hard it was on Mom and everything,” Bear said in the interview. “We all figured that it was just time, and the best thing to do, because if we were waiting until Mom was healed up to move back…it seems like one thing that may never happen and she would be constantly waiting.”

Last year Ami told People that she wanted to document her lung cancer treatment because it’s something a lot of people face. Last year the family relocated from Southern California so Ami could receive chemotherapy and radiation therapy.

Their Browntown homestead set on Chichagof Island in Alaska has reportedly been completely dismantled. Although the show still bears the name “Alaska” the Browns will never be coming back. They’re now permanently pursuing the dream (or at least the television romantic illusion) of living a live disconnected from modern society. It’s a dream many people toy with, but the reality of, especially when facing illness, is a lot more complicated than it seems.