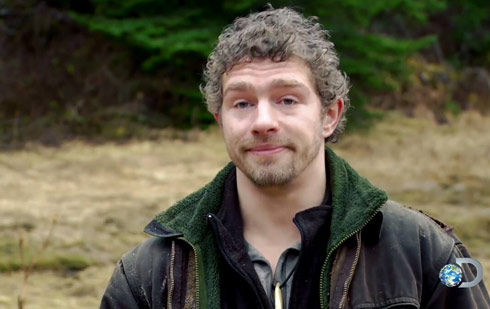 As Discovery’s super popular series Alaskan Bush People continues to bring in blockbuster ratings, more details are emerging about the family’s not-so-bushy lives off camera. The latest discovery is that son Matt Brown was arrested for DUI and leaving the scene of an accident in a late night escapade that involved drinking, sex, puking, and an ill-advised Walmart potato chip run.

The incident took place after 4 AM in late August of 2013 in Juneau, Alaska. According to the arrest report, Matt was drinking at a bar and a girl “was hitting on him real hard and they hooked up for sex.” Matt told an officer that after they had sex, “he then was hungry and she let him borrow her car to get some chips from Walmart.”

In the Walmart parking lot, Matt reportedly hit a parked motorcycle, knocking it over and causing damage. Matt later claims the motorcycle was already laying on its side when he arrived at the store, but a Walmart employee witnessed the entire incident and said otherwise. (The assistant manager of the Walmart said the incident was also captured by a security camera.)

An officer noticed the smell of alcohol on Matt’s breath and administered field sobriety tests, all of which Matt failed. He was given a breathalizer test three times after registering an “incomplete sample” on his first two tries. (In between the first and second attempt, Matt said he felt sick and “attempted to throw up in a waste basket.”) The third attempt was successful and Matt registered a .150 breath alcohol level.

At that point, Matthew Jeremiah Brown was arrested for DUI and Action of an Operator After an Accident and booked at the Juneau Police Department and then jailed at Lemon Creek Correctional Center. His dad, Billy Brown, got him out by posting $250 bail.

If you’re looking for a Matt Brown mug shot photo, you’re out of luck. But we created our best guess courtesy of Photoshop: 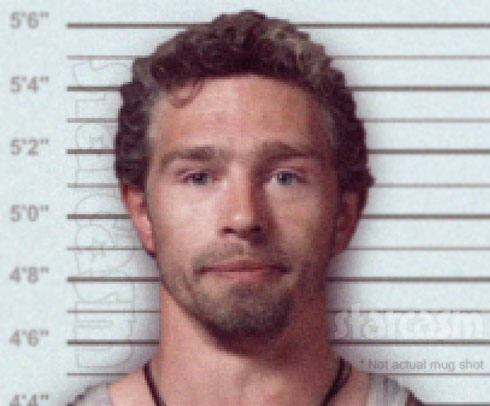 A court spokesman confirms to Radar that Matt was sentenced to three days in jail and eighteen months probation in February 2014.

Why is it that the reality of “reality” shows often seems way more interesting than what we see on screen? Perhaps over the course of the next few seasons we will see the Brown family (or at least some of the Brown family members) making the transition to “city life” and get a more accurate portrayal of how they actually live–which is apparently pretty damned exciting!

At least Matt was in Alaska when all this went down, which was apparently a rare thing for the Brown family prior to 2013. He even had an Alaskan driver’s license! (Of course, he wasn’t exactly “in the bush,” which he and his family were supposed to be — according to the show — in August of 2013.)

Normally, I would just end this post with the above summary of the incident, but one of the officer’s reports of what happened is so perfect, I feel I should include it in its entirety. So here is assisting officer Allen’s account of what went down:

On 08/29/2013, at 0448 hours, I was on Alaway and heard officer Esbenshade get dispatched to a hit and run at Walmart. The suspect vehicle was described as a silver Subaru with Alaska plate [redacted]. The vehicle was last seen headed towards town on the Glacier Hwy.

I looked down Alaway and saw a silver Volvo speeding towards town. I tried to catch up to the vehicle and it sped left onto Anka Street. The car then turned right onto Commercial Blvd. i caught up to it at this time and turned on my emergency lights. The car kept traveling down the road. I turned on my siren and the vehicle kept moving. It finally pulled into the parking lot of Action Appliance Repair. The driver started to get out of the vehicle. The plate number was AK [redacted].

The driver identified himself as Matthew Brown with an Alaskan Driver’s license. He was nervous, jumpy, and talked real fast. I told him I stopped him because of the crash at Walmart. Brown denied being in a crash, drinking, or using drugs. He smelled strong like a homeless person and I could not smell any alcohol on him. I asked Brown why he was acting weird, and he said he had Attention Disorder Deficit. 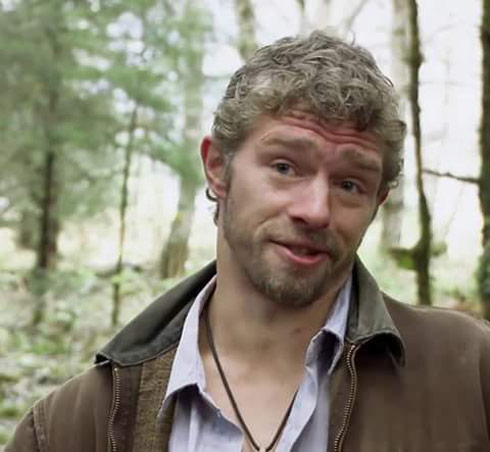 I asked Brown who the car belonged to and he said it was a girl’s car that he had met in the Viking [bar] tonight. He said the girl had been hitting on him real hard and they hooked up for sex. he then was hungry and she let him borrow her car to get some chips from Walmart. Brown did not know the girl’s name, phone number, or where she was. [Matt revealed later to the other officer her name was Julie.] The vehicle was registered to a male. I asked dispatch to call the owner of the car to see if it was stolen. Dispatch could not reach the owner.

I asked Brown why he had sped towards Home Depot. Brown said he had only been in Juneau three weeks and did not know his way around. He said he was looking for the harbor.

I followed Brown to Walmart so we could figure out what was going on with the crash. Brown parked real crooked in a parking spot at Walmart, far from the scene where officer Esbenshade was with his flashing lights. When Brown got out of the car I could see his pupils were dilated and watery. i checked Brown’s eyes for HGN and saw 6 clues. At this time Officer Esbenshade met up with us.

I turned on my car’s ICOP as officer Esbenshade conducted SFSTS on Brown. Brown was arrested for DWI and I impounded the vehicle.

I called for bail and Judge Mendendez set bail at $1,500 cash plus NEOC.