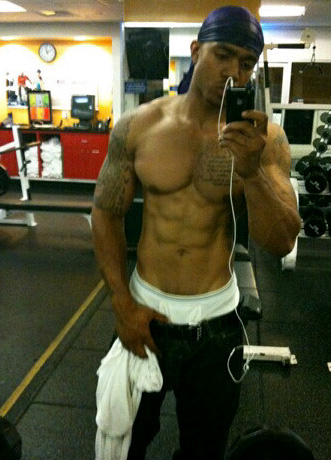 Nicki Minaj had a tragic 4th of July weekend. Her cousin Nicholas Telemaque was gunned down in Brooklyn in the early morning hours of the 4th.

The 27-year-old old was found 2:40 a.m on July 4 in East Flatbrush, Brooklyn with multiple gunshot wounds in his chest. He was pronounced dead on arrival at Kings County Hospital.

Right now it’s a mystery who murdered Telemaque, but MTV News claims NYDN’s reported he had just left C-PAC nightclub before he was gunned down. The NYDN article MTV references has been removed.

Police are investigating Telemaque’s murder, but so far no arrests have been made. RIP

UPDATE: Another cousin of Nicholas, Carole Clark, spoke to Radar Online, saying the family thinks his shooting may be a case of mistaken identity. From Radar:

“She [Nicki] has reached-out to Nicholas’ mom Victoria to offer her words of comfort but she is too distraught. Nicholas was a quiet person but he could be the life and soul of the party too – he did not run with gangs or anything like that. His friends have told us there wasn’t any trouble that night and we believe it could have been a case of mistaken identity but the police are still investigating the case. We are still trying to make arrangements for his funeral but I will really miss him because he was a good person.”