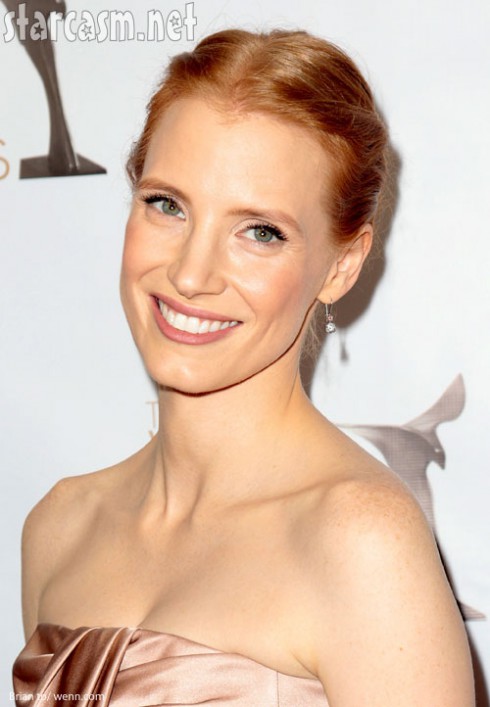 Beautiful Jessica Chastain has seemingly come out of nowhere in the past few years, acting in a number of high-profile films and even receiving an Oscar nomination for 2012’s Zero Dark Thirty. She won’t talk too much about who’s she’s dating, but she did reveal she has a boyfriend.

When she was on Katie Couric’s talk show recently, Katie got her to spill. After Katie jokes that Bradley Cooper is her pretend boyfriend (mine too,) she catches Jessica off guard by asking her if she is dating anyone special.

Jessica plays coy, but does reveal that she’s in a relationship. “I do, I will say that I have a rule that I don’t date actors so he’s not in the business at all.”

Katie: “You can keep it vague”

Jessica: “He’s in the fashion industry.”

This weekend Italian stud Count Gian Luca Passi de Preposulo was spotted leaving the theater ahead of Jessica at her final performance of The Heiress on Broadway, supporting rumors that he is her boyfriend. 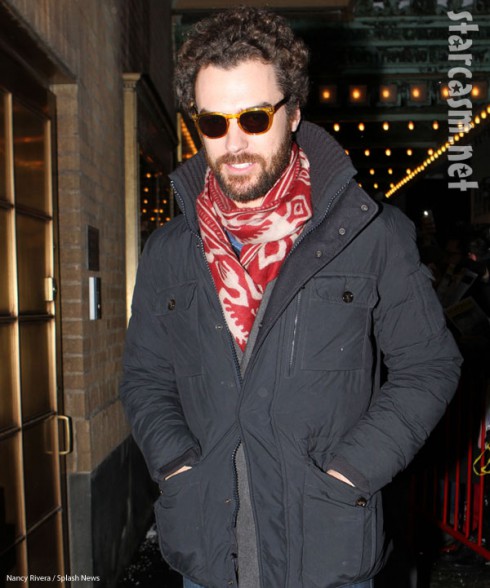 Here’s Gian without his shirt for Vanity Fiar: 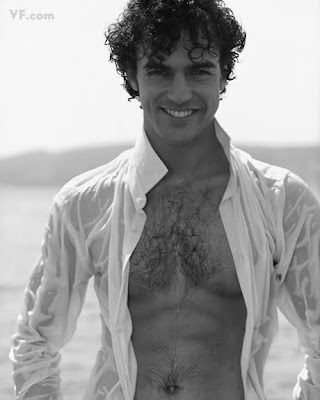 Jessica says her boyfriend is in the fashion industry, and so is Gian! He’s the Director of Public Relations at Armani. He’s also an Italian count: his aristocratic family goes back 1000s of years.

His PR position with Armani, (and no doubt, his noble status) helps connect him with the who’s who of Hollywood. A 2009 Vanity Fair piece on the gorgeous heir said some of his buddies are George Clooney, Julia Roberts, Leonardo DiCaprio, and Tom Cruise and Katie Holmes.

Kim and Kanye are definitely getting a divorce, unless they totally aren’t