Here are some photos, brief bios, and social media links for all the new cast members of L&HHNY, which premieres Monday, October 28 at 8/7c on VH1:

* I didn’t include K. Michelle because most Love & Hip Hop viewers are quite familiar with her from her L&HHATL days. 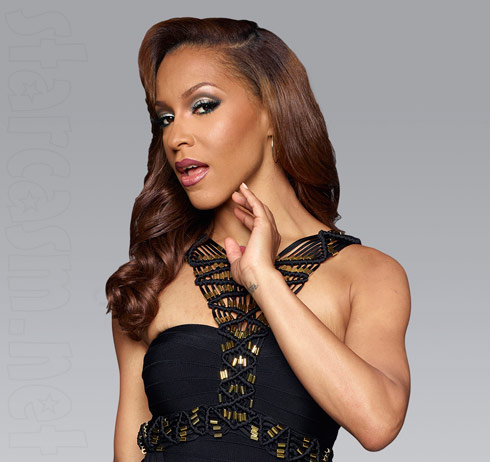 Amina (formerly of “Black Buddafly”) was born and raised in Hamburg Germany, to a Senegalese father and a German mother. Together with her older sister Sophie and her twin Jazz, she began singing before she could talk. Her mother, a music lover who introduced her to the old Motown, The Jacksons, Earth Wind and Fire & Marvin Gaye, says there was always music playing in the house and she would sing with her daughters whenever she could. Her father is a hobby Jazz musician who played the guitar, sax and salsa music all day long.

Through her various musical influences (Mariah Carey, ABBA, The Bangles, Carmen McRae, Joe Sample and Linda Perry), she has learned how to create timeless music. She’s all about vocal arrangement and big melodies. Amina’s describes her music as pure and real. Big songs with truthful, meaningful lyrics, musical and organic sounds and peerless harmonies. She says: “Music is a feeling and I believe only if it comes from my heart and I really love it, people can feel it.”

In Amina’s case, people can also see her love for music thanks to a very dramatic piano keyboard tattoo along her side: 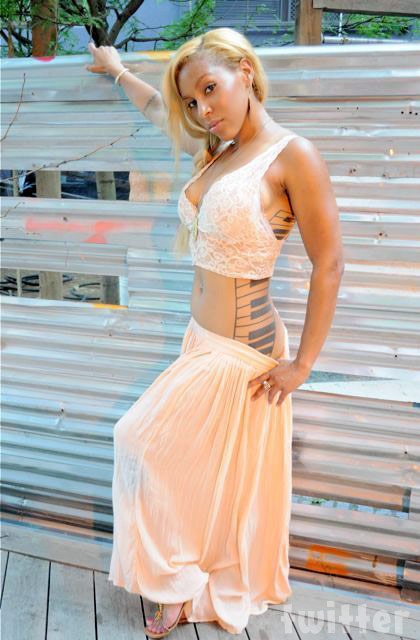 Aside from her being an artist, Amina is very driven and determined to become a big-time songwriter/composer. Her catalog holds more than 400 songs that she has written over the past few years. She also has learned how to engineer and produce, even teaching herself LOGIC. By spending her life surrounded by accomplished producers/writers and having the opportunity to work with major labels, Amina gained tons of experience.

Today, more than ever, she is ready and has what it takes to get to the top. 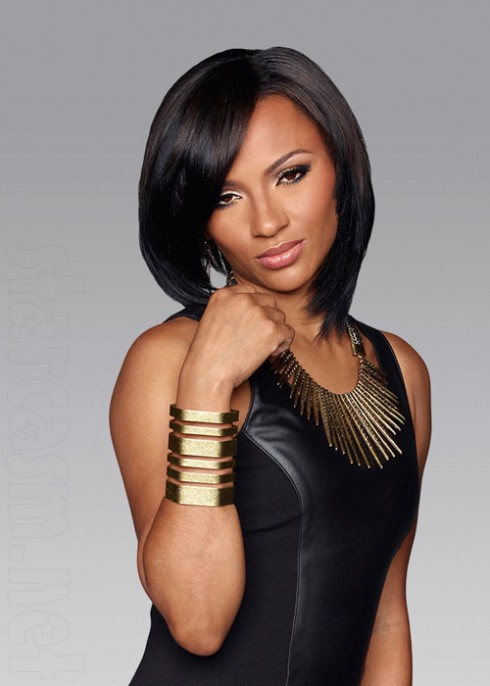 Southern belle, Taranasha Wallace, was born and raised in a small-town of Mississippi and moved to NYC to pursue her dream of acting. She holds a degree in Dramatic Art from Jackson State University and a MFA in acting from NY’s Actors Studio Drama School. During school and after graduating, Tara pounded the NYC pavement and was heavily involved in musical and off-Broadway theater, appearing in various productions.

She is the manager and a well-known face at a hot-spot in NYC’s trendy meatpacking district, but has never lost sight of her dream of being an actress. In fact, she still continues to study and hone her craft. Tara is the long-time girlfriend of rapper, Peter Gunz. They have been together over 13 years and live with their 2 children, Jamison (5) and Kaz (2). Tara is truly the epitome of brains and beauty. 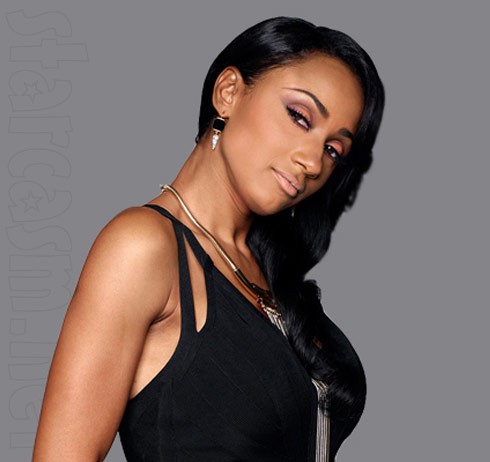 Born in the Bronx and raised in Queens, NY, a talented Erica Jean has always been addicted to the theater. At a young age, she began taking dance and acting lessons. Through her school years, she continued to develop her craft, performing in many school plays. Her love and drive for the performing arts lead her to attend Howard University as a Theater Arts major. Erica Jean has done several performances in the tri-state area including: James Baldwins’, Off Broadway production of Blues for Mister Charlie. Her love of acting continues, but as a hobby.

Erica Jean’s main focus these days is raising her very energetic son, Stephen, aka “Lil,” B”, that she has with Rapper Saigon. Being a single mom at times can be taxing and tiring but that doesn’t keep Erica Jean from being upbeat and positive. Her love for her son Stephen has motivated her to advance her career. Erica Jean is now pursuing her second passion, working in the medical field. She is currently continuing her education to become a nurse. 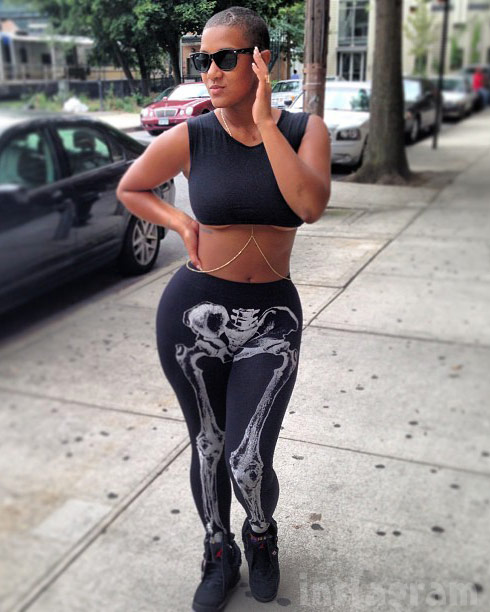 Bronx-born Nya Lee is a vixen, a stripper and one of NYC’s hottest socialites. But there is way more to her. She’s always held a passion for writing music and rapping and wants to sign talent to her label. In her own words, “I want to become the next Diddy.”

She is currently working on her mixtape with several big names, including Red Café, French Montana and Jadakiss. Nya gained notoriety for an unfortunate event when someone cut her neck and chest at a club after an altercation. As a result, she named her record label OurCutt. 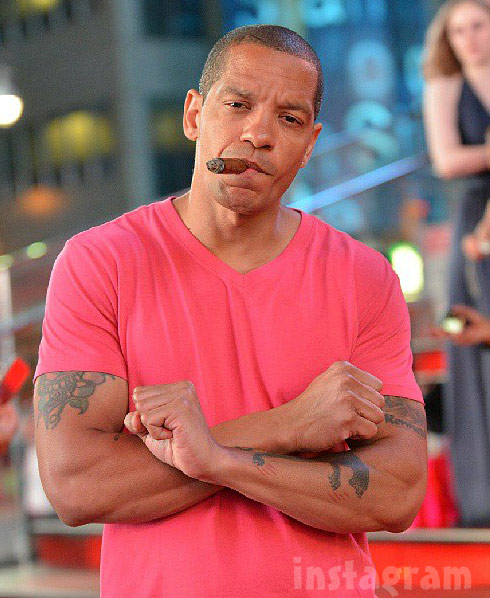 Bronx born, Peter Gunz is best known for his platinum record, Déjà Vu (Uptown Baby), which he recorded with fellow NYC rapper Lord Tariq. Déjà Vu peaked at number nine on the US Charts and Peter toured the world, collaborating with artists such as, Big Pun, Fat Joe, Mariah Carey, Ice Cube and KRS-One, to name a few. Nowadays, Peter is a doting father to his children, oldest being rapper Cory Gunz who is currently signed to Young Money Entertainment.

He is a multi-instrumentalist and a manager to three artists: Amina Buddafly (formerly of Black Buddafly), Cory Gunz (Young Money Entertainment) and Jibreel (played young Michael Jackson in the Broadway Play Motown).

Peter’s artists are all slated to come out with releases in 2014. Peter lives with his girlfriend of 13 years, Taranasha Wallace and their 2 children, Jamison (5) and Kaz (2). Peter spends his time working out and going to see live music every night (mainly at the Village Underground, where his artist, Amina is the singer for the house-band.)

All photos: VH1 (unless otherwise noted)

PHOTOS How much plastic surgery has K. Michelle had? Complete list of procedures and results