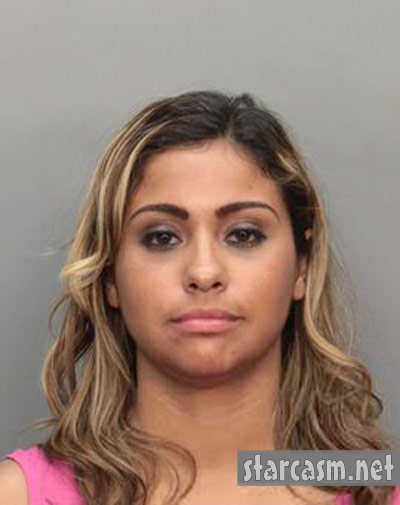 Undoubtedly new Love & Hip Hop NY star Winter Ramos has led an exciting life behind the scenes in the hip hop music world (so exciting that she has written a tell-all book due out in April!), and of course that “exciting” life would have to include at least one arrest, right? Right!

Back on February 22, 2011 Winter Ramos was arrested in Miami Beach and charged with battery and criminal mischief (under $200), both of which were misdemeanors, and both of which appear to have been dropped. The result was the Winter Ramos mug shot photo above, which is pretty damn sexy as far as mug shots go!

We approached Winter last week about the arrest and she addressed it online by saying, “Now for the real story…got into a situation with a cab driver on South Beach and my girl kicked the sh!t out o his meter and side mirror!!! We missed Liv that Sunday but we met a few cool chicks in the slammer!!!”

If that isn’t a reality star pedigree I don’t know what is! Thanks to Winter for sharing the info, and you can catch her on Love & Hip Hop 3 Monday nights at 8/7c on VH1. You can pre-order her book Game Over: My Love For Hip Hop from amazon now!