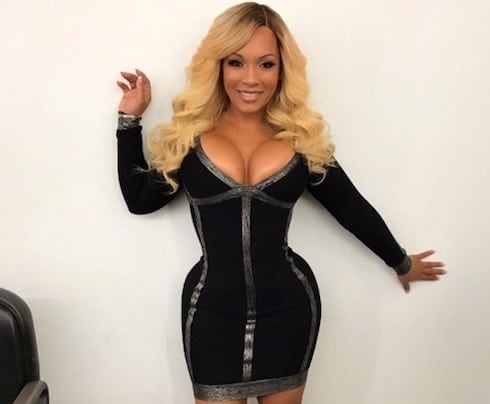 The LHHNY Kimbella fight that kicked off Season 2 remains one of the show’s most iconic moments. Unfortunately for fans hoping for a rematch, the situation never came together again: Chrissy took off after Season 2, and Erica Mena left the show after Season 4. And, aside from occasional guest appearances, Kimbella was out of the show’s regular cast rotation from 2012 until late last year, when she made a triumphant return alongside baby daddy Juelz Santana.

But speculation about what looks like a brewing storm between Kimbella and Yandy has fans wondering about the likelihood of “Still Look Pretty 2.0” as LHHNY Season 7 heads into its final episodes. Currently on the show’s timeline, Kimbella, JuJu, and J. Adrienne are enjoying a laid-back Mexican vacation. Yandy’s been invited along–but she makes waves by bringing Bianca Bonnie and mixing work with what’s supposed to be pleasure. Things escalate from there, as VH1’s most recent preview teases:

It’s also worth pointing out that the LHHNY Season 7 reunion spoilers we reported on last week didn’t include news of a fight between Kimbella and Yandy. (Probably because Yandy was too busy on the offensive against Samantha and Erika.) But there’s still plenty of tea left to be poured and sipped before the two-part reunion airs in mid-February.

Just for good measure, we’ll leave you with the original LHHNY Kimbella fight in all its glory 😉