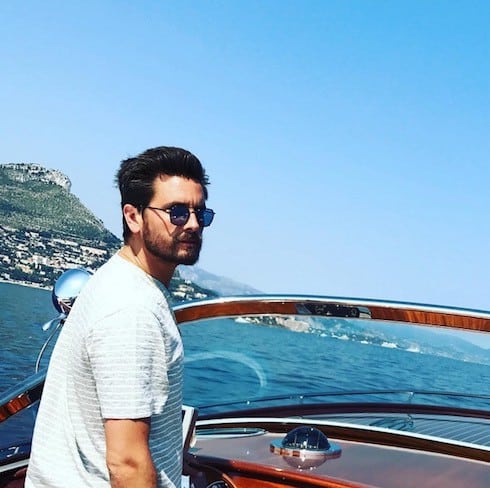 Scott Disick’s week-long sex romp at Cannes finally came to a close this weekend, as the 34-year-old returned home amid a flurry of rumors that he’s returned to his addictions. But Scott hasn’t been in to see Kourtney and the kids yet, and, according to almost a half-dozen new reports, none of his usual associates are quite sure what he’s up to, leading everyone to wonder: Where is Scott Disick?

For starters, both TMZ and Perez Hilton say Scott’s gone completely AWOL since leaving France. Indeed, according to TMZ’s report, he actually faked out his family members by suggesting he’d come straight back to California, before ensuring his “current bender has almost reached the 2-week mark” by “hightail[ing] it for Monaco, then Ibiza[,] and eventually London.” Kourtney expects Scott to be a “responsible dad,” but it seems she’s set herself up for another disappointment: she has, per Perez’s take, “no idea when he was due back in the country and even less of an idea when he would ever see his kids again.”

According to ET’s take, Kourtney is not just mad, but frightened. Her worry is that Scott “has gone off the deep end again”–namely, the “dark, depressed stages” of his personality. When that happens, their source explains, “Scott starts partying [and] he can’t stop. There is no middle ground for Scott–it’s go all in or none at all. This is how he has always been.” And, since “the kids are getting older [enough to] know that something’s wrong,” Kourtney’s priorities have shifted. She “does love him,” says the source, but “Kourtney’s first priority is to protect her kids…[she] has had enough and does not want him around the kids until he can figure his own problems out.”

Surprisingly, Kourtney isn’t the only member of the Kardashian clan worried about Scott. People’s article claims that, in spite of all the drama he’s brought upon them this year alone, the whole family is worried about him. “None of [them] look at him with hate,” says their source, and all of them want him “to get better.”

But the source appeared to confirm that Scott is in a dark place, saying, “He’s just lost.”