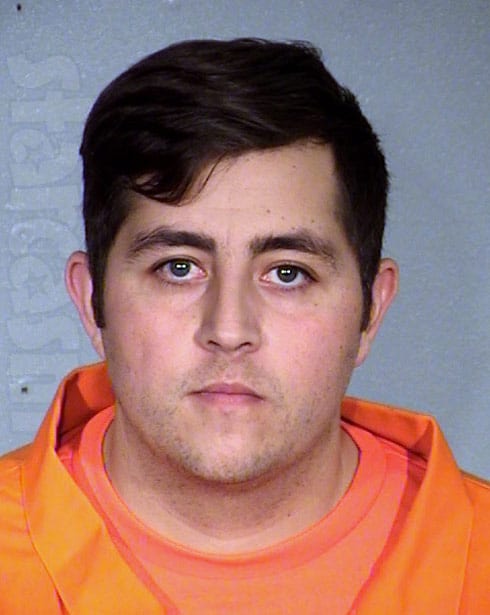 90 Day Fiance: Happily Ever After star Jorge Nava has officially checked into his new digs at the Arizona State Prison Complex in Phoenix as he posed for a brand new mug shot photo sporting the orange shirt and jumpsuit he will be wearing for the next 22 months.

In case you missed it, Jorge pleaded guilty to a felony count of Attempted Transportation of Marijuana for Sale on July 17, and he was later sentenced to 2.5 years in prison, with his earliest possible release coming after 22 months. That latter figure seems confirmed by updated prison records, as Jorge’s release date is listed as August 9, 2020. His full sentence doesn’t end until November 7, 2020.

Jorge’s prison records also indicate that he was relocated to the new facility in Phoenix last Thursday, after initially being booked in western Arizona where he was arrested and sentenced. According to Google Maps, Anfisa will have to travel just over five-and-a-half hours to visit him in Phoenix.

Anfisa shared a YouTube vlog about Jorge’s sentencing on Thursday in which she got a little emotional as she talked about the moments leading up to Jorge’s sentencing, the days after, and the months to come. In the video, Anfisa reveals that they considered trying to have Jorge’s previous felony convictions in California overturned as they were all marijuana-related and the state has since legalized pot. Having those overturned would open the door for a potential appeal of Jorge’s sentence, but Anfisa says that after she spoke with an Arizona attorney, she realized that the time and money involved wouldn’t have been worth it as far as the amount of time it might knock off of Jorge’s sentence. The appeal process alone could take a year, and Jorge’s sentence is only 10 months more than that.

It’s still unclear if Anfisa will be returning to TLC in any capacity now that Jorge is behind bars. But, as we previously talked about in depth, the success of Anfisa’s YouTube channel may not only mean that she will be OK financially, but it may also mean that the couple will no longer even need TLC to continue sharing their story with fans.

We will certainly keep our eyes and ears open and update as soon as we hear any sort of official announcement from TLC.