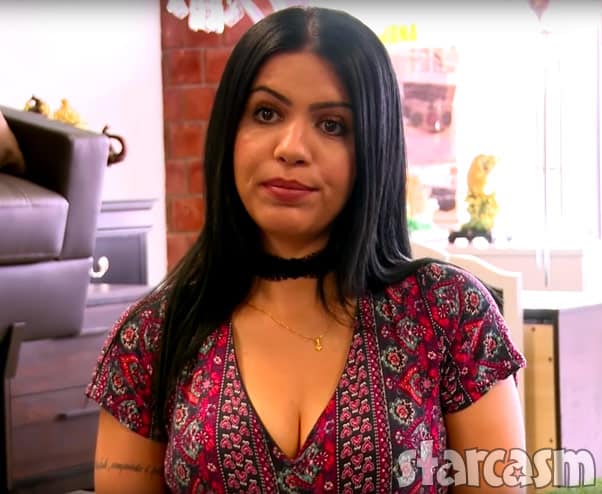 Today was the highly anticipated trial for 90 Day Fiance: Happily Ever After star Larissa dos Santos Lima stemming from her most recent domestic battery arrest in January. Larissa’s soon-to-be ex-husband Colt Johnson and his mother Debbie arrived early for the scheduled 10AM bench trial, but they would eventually leave disappointed because Larissa never showed up!

Las Vegas Review-Journal photographer Kevin M. Cannon was at the courthouse and captured a photo of Colt with Debbie. Colt went all out for the court appearance, donning a dark suit and un-tucked purple button-up shirt without a tie:

UPDATE:
Larissa Dos Santos Lima has not shown up for court yet. Her husband, Colt Johnson, whom she allegedly assaulted, waits for the elevator with his mother, Debra Johnson, and an unidentified man. He subsequently left the building. #90DayFiance pic.twitter.com/Fwlq4fBYVG

As Kevin reports, Colt and Debbie would eventually leave the courthouse disappointed after Larissa never arrived.

It’s unclear at this time why Larissa opted not to show up at all, or what the ramifications will be. She was photographed earlier this week at the office of “DUI Doctor” attorney Adam M. Vander Heyden, and we have reached out to Mr. Heyden for comment.

It’s also unclear what the next step will be in the case until we know more. It could be that the case was continued due to a motion filed by Larissa’s attorney. Or, she could have just not shown up, in which case she will likely be charged with failure to appear and there will probably be a bench warrant issued for her arrest.

UPDATE – Soap Dirt is reporting that Larissa’s attorney “negotiated a continuance saying they needed more time to prepare the case” and a new court date of June 6 has been set.

UPDATE – We spoke with Larissa’s attorney and he shared this statement: “The case is being negotiated between myself and the district attorney. We continued the case for an opportunity to continue working on a resolution.”

90 DAY FIANCE Colt’s ex Jess accuses him of revenge p*rn, Larissa responds with support for her