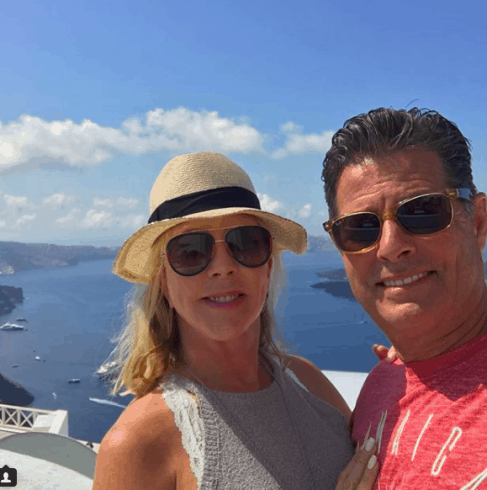 A preview for tonight’s episode of Real Housewives of Orange County features Tamra dishing to Vicki Gunvalson that Kelly Dodd said that Vicki’s boyfriend Steve Lodge is only with her for his money. Vicki’s reply? “Oh, of course Kelly says that!”

Emily Simpson, who was also present during this exchange, argues that because Vicki makes her own money, it’s ok if she’s with a guy who doesn’t. This sentiment triggers Vicki, who’s currently handling a kitchen knife, to yell out “HE HAS MONEY!” Sooo, what does Vicki’s boo Steve Lodge do? 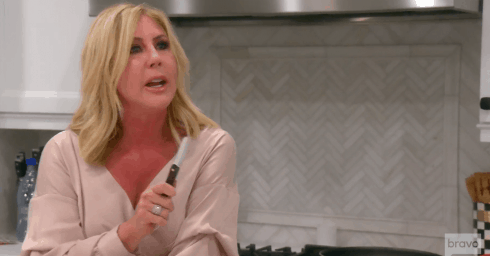 Steve, who met Vicki at a charity event in early 2016, has done quite a lot in his life. He was a paratrooper in the United States Army and a cop, and a homicide detective. He’s ran for Anaheim City Council in 2012 and 2016, and he’s currently the Principal at public relations firm Chamus and Associates.

When he ran for public office, a few excessive force lawsuits from his time in the police department were brought up. One involved a $292,000 settlement with a jaywalker, according to Reality Tea, and another was a wrongful murder conviction. Thankfully that person is now released from prison.

Vicki and Kelly have been feuding all season because Vicki broke Girl Code by going on double dates with Kelly’s ex-husband Michael. Kelly claims Vicki set one of her friends up with Michael, but Vicki says that they just happened to meet at a barbecue at her home.

The fact that Vicki dated Brooks Ayers, who faked cancer and DID appear to be using her adds some venom to Kelly’s barb against Vicki’s current paramour’s intentions.