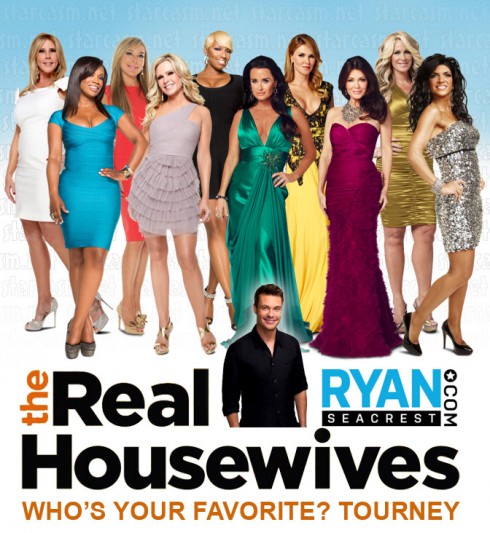 It’s only February 22 but for fans of The Real Housewives it is already March Madness! Ryan Seacrest has been running a “Who’s Your Favorite Housewife?” tournament and the field is down to the Terrific Ten! We wanted to make sure Starcasm readers’ voices were heard so we’re sharing the poll with you. Voting only runs through Monday, February 25, at 11:59 PM, so get your votes in!

UPDATE – The votes have been tallied and voting for the Final Five has begun! Click here to see who made it to the next round and to cast your vote in the final round!

The contestants remaining and the current standings are:

(I’m not sure how NO ONE from New York City made the list?!? I would have thought Sonja or Ramona would make it. But, that’s March Madness for ya!)