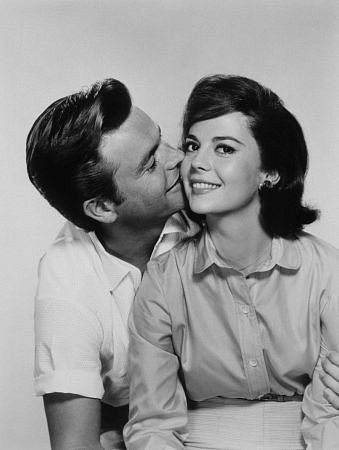 Actress Natalie Wood died from drowning 30 years ago when she was 43 years old on November 29, 1981. She had been drinking with husband Robert Wagner and their friend Christopher Walken (who she may or may not have been having an affair with) on a yacht named Splendour off of Catalina Island, and at some point fell overboard. The official story was that it was an accident, but there was speculation that she might have thrown herself in the water because she was distraught over a fight with Wagner. Now there is a third possibility: she may have been murdered.

Natalie’s sister Lana Wood and Dennis Davern, Natalie’s yacht captain on that fateful night were pushing for the police to reopen the case last year. November 17, 2011 the L.A.P.D. said homicide investigators will be looking at “additional information” about the drowning. A press conference will be help Friday, November 18, 2011, @ 2p.m. EST. At this time, it’s not known where the extra information came from. TMZ, however, has sources reporting that the police have been investigation the 2010 book that Captain Dennis Davern helped write Marti Rulli called Goodbye Natalie, Goodbye Splendour. Investigators have reportedly been traveling to speak extensively with both Marti Rulli and Dennis Davern about Natalie’s death.

UPDATE: Davern said Friday on Today that Robert Wagner waited four hours to call the Coast Guard after Natalie went missing. Wagner reportedly told Davern: “We don’t want to do that right now.” Davern now regrets waiting so long. When asked why he waited so long to come forward, Davern said that no one has listened to him until now. He answered affirmatively when asked if the fight between Natalie Wood and Robert Wagner that night led to her death.

When Natalie’s body was found, about a mile away from the yacht she was partying on, she had over 24 bruises all over her body, and an abrasion on her cheek. Here sister Lana insists that Natalie didn’t know how to swim, and was afraid of water. In fact, the Rebel Without A Cause, and Splendor in the Grass star was once taped in a television interview saying that her greatest fear was dark seawater.

Lana doesn’t suspect foul play, but both her and the boat captain feel that a brutal fight between Robert and Natalie led to Natalie’s death. Robert Wagner himself acknowledged a terrible fight between himself and Natalie that night that involved him smashing a wine bottle on a table in his 2009 biography Pieces of My Heart.

Wagner claimed in the book that Natalie had prepared for bed, and when he couldn’t find her, he assumed she had gone ashore by herself. Davern says Wagner seemed upset that he couldn’t find Natalie, but after Davern searched the boat and found nothing (except that he noticed the dinghy was missing) Wagner was nonchalant, and poured them both a drink. In 2010 Davern told CNN that he believed there was some sort of cover-up, and he regretted that he did not tell the police more than he did.

Christopher Walken and Natalie had just finished shooting Brainstorm, and Richard admitted he was jealous of Christopher in his book.

81-year-old Wagner is supportive of the new investigation into the death of his wife, but is also wary of the source. His publicist Alan Nierob issued this statement: fully support the efforts of the LA County Sheriff’s Dept. and trust they will evaluate whether any new information relating to the death of Natalie Wood Wagner is valid, and that it comes from a credible source or sources other than those simply trying to profit from the 30 year anniversary of her tragic death.”

A witness, former stockbroker Marilyn Wayne, who was docked close to Splendour claims that she heard a woman screaming “Help me, someone please help me, I’m drowning,” that night, followed by a male voice saying “Oh, hold on, we’re coming to get you.”

Later, she reportedly received this chilling note saying:  “If you value your life, keep quiet about what you know.