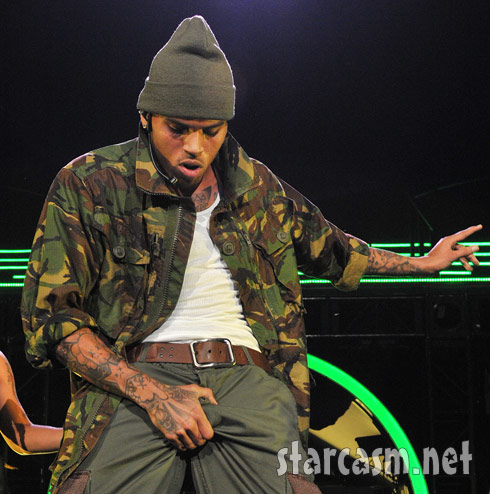 Way to go you mean, rotten Chris Brown haters. Your campaign against the pop singer’s Twitter account almost won out as Brown has thrown his twit-hands up in the air and said, “I give up.”

Yesterday Brown deleted all of his Twitter time line but sounded off on why he was doing just that before the tool that helped unleash the green lizard on America was vanished into the graveyard of celebrity social media. Chris wrote:

“I dont say s–t to anybody and everyone feels its cool to attack me. GROWN ADULTS!!!! that s–t happened three years ago! TWITTER GETS WACK REAL FAST!”

Yes, we are of course talking about the Rihanna assault that sent shock waves across the interwebs and caused a backlash that Breezy is just now recovering from professionally. Then Brown made one more kiss-my-a send off about how his music helps populate the globe and it was happy twit-trails to you.

“MY MUSIC DOESNT PROMOTE VIOLENCE nor will it ever! only thing it will increase is the pregnancy rate!.”

This defeat does give hope to the folks occupying the streets of America. If you just hold out long enough victory can be yours, and heck what with Chris B. and his music making more babies soon there will be an army of new peeps at your disposal.

*Ed note to commenters: this post was sarcastic. We in no way condone domestic violence, or think it should be forgotten. 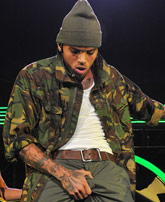 Jimmy Page’s autobiography will be worth the $688 price tag!