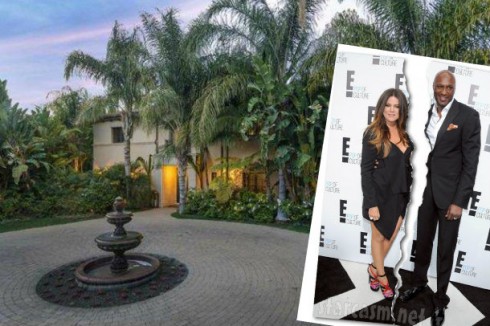 The teaser for the next episode of Keeping Up With The Kardashians mentions a robbery that occurred at the home Khloe Kardashian shared with her ex husband Lamar Odom. Did they ever catch who stole Lamar’s jewelry?

This March when Khloe Kardashian returned with mom Kris to the mansion she once shared with Lamar Odom to clean it up, she was in for quite a shock. Over $250,000 of Lamar’s jewelry had been stolen, mostly watches and gold chains.

The house was put on the market for $5.5 million and was reportedly bought by The Big Bang Theory star Kaley Cuoco. For the month prior to the discovery, there had been people there working on the house. Because there was no forced entry, police assumed it was an inside job. Lamar had been away from the house for months and was out of the country at the time the jewelry was found to be missing. During that time, only Khloe and her staff had access to the house, and Khloe had suspicions that one of her friends was behind the heist. It hasn’t been reported if the culprit was ever pinned down or if any of the items were returned.