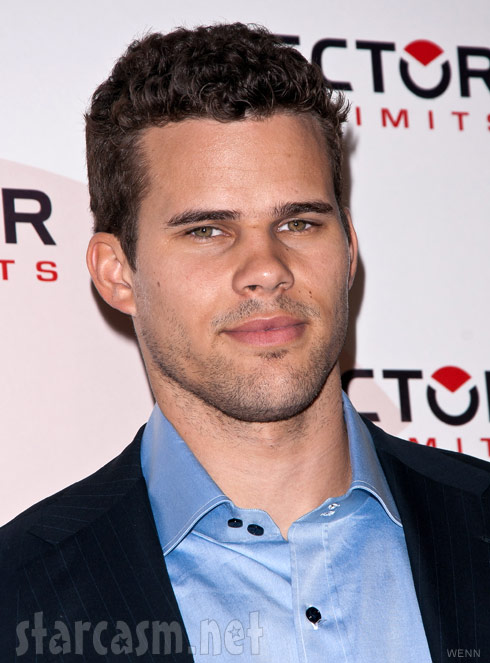 As Kim Kardashian holes up trying to figure out how to quell the public rebellion against her, future ex husband Kris Humphries is using his NBA lock out free time cashing in on his fame while he still can. The 6′ 9″ baller was officially announced as the new spokesman for Sector watches at a ceremony in New York this evening. The endorsement deal is reportedly worth $150,000. 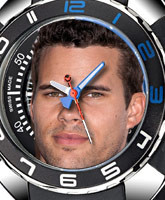 As you might expect the media was all in a frenzy, which seems appropriate given that one of Sector’s best selling watches is called the Shark Master. “I’m really excited. It’s a perfect fit. Everything fits. It was such a natural fit,” Kris said to the crowd amidst a flurry of flashes. According to a blogger for The New York Times a reporter from Entertainment Weekly shouted out what was really on everyone’s mind, “Have you talked to Kim? Have you talked to Kim?” At that point Humphries was escorted away.

I don’t know if I would feel confident buying a Kris Humphries watch. It would probably work great for a while, but then quit after 72 days. Hi yo! (You’ll probably hear that on Leno tonight)

Actually, if Sector builds watches as well as they write in English the 72-day thing may not be far from the truth! Being the diligent journalist that I am I did a little research on the company for this article and ran across this blurb in the “Our History” section of the Sector No Limits web site:

Sector No Limits was founded in 1973, and ever since, he carries behind the meaning of the constant self-challenge.

Thanks to his unique positioning, which is the result of a mix of innovation and emotional involvement, and of course a persistent communication, Sector No Limits is perfectly related to the several heroes of extreme sports.

The years 80’s and 90’s are characterized by the athlete’s ventures accompanied by technical and sporty watches, Sector No Limits, which have made several memorable record performances.

The undertakings carried out by this heroes, enter the memory of everyone: Sector No Limits becomes the expression of the synthesis between technical qualities of the product and men extreme sports performance, challenging themselves.

Today Sector No Limits is still connected to those athletes who challenge their abilities to overcome and win their own competition. Consequently Sector No Limits represents, not only a brand close these athletics, but a real style of life.

A way of life full of adrenaline, success, constant challenge for the exceed of self limits through hard work, training, perseverance, stability and severity in a sport, without an extreme danger, daily experienced with the aim to exceed, winning the most important competition: the contest with themselves, surpassing oneself and establishing new destination and new goals.

Ummmmm… Perhaps Kris’s first job as spokesman will be to rewrite the copy on their website? (Actually, that’s probably not such a good idea.)

Anyways… Kris tweeted about his big event and shared a couple photos: 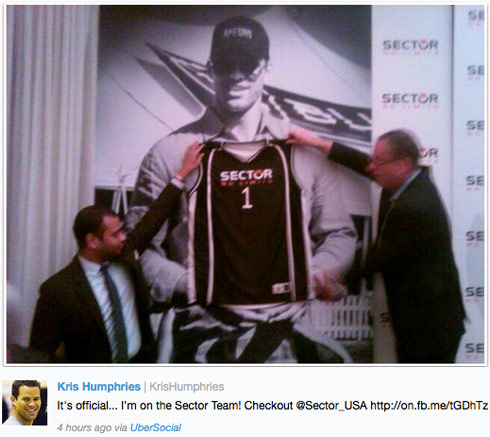 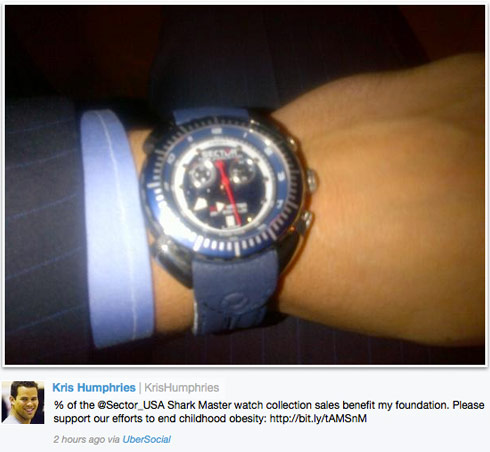