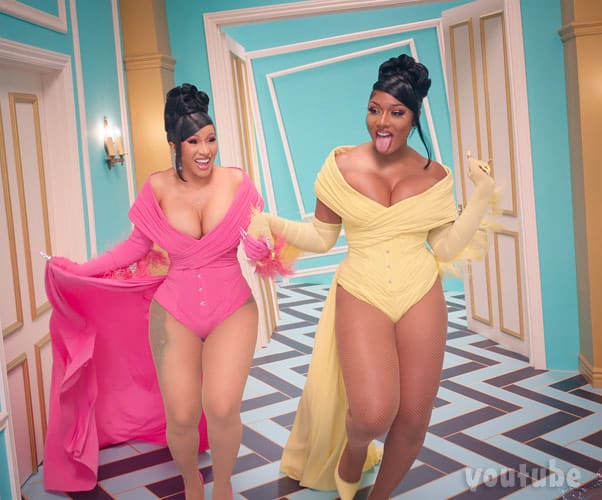 DLISTED – It’s a foregone conclusion that Cardi D and Megan Thee Stallion have the song of the summer and the soundtrack to the latest political frenzy with WAP. The story isn’t even that WAP goes #1; it’s how stunningly and completely the song took over the pop culture landscape: in just eight days, WAP set a record for debut week US streams (with 93 million) and had the most collective radio and streaming listens of any song since Adelle dropped “Hello” back in 2015

CELEBITCHY – Ellen DeGeneres’ former partner Anne Heche addressed the allegations of Ellen’s toxic work environment in an interview ostensibly for the new movie she’s in alongside Tom Jane (who is also, after years of alleged side-play, Anne’s husband now). Anne’s answer didn’t make a whole lot of sense, but every site is running with “I’d listen to the people who have [spoken to Ellen lately]” because it’s about the only sentence anyone can parse

REALITY TEA – “Tonight was the episode every Below Deck Med fan has been waiting all season to see. We knew going into the premiere that Hannah Ferrier didn’t make it through the charter season. That she left sometime in the middle of filming. Did she quit? Was she fired? All fans knew was that the chief stew was now glowing and pregnant. And that she’d given up her career in yachting (and on Bravo) to give a life on land a try with her boyfriend and daughter-to-be”

LAINEY GOSSIP – Leonardo DiCaprio looked so carefree frolicking on a Malibu beach this week that it’s almost the second coming of the Leo Strutting meme. And honestly — at least *someone* looks happy

GO FUG YOURSELF – In other news of heartthrobs past and present, today is Robert Redford’s 83rd birthday. Celebrate with this 40-image gallery of Redford looking positively Redfordian over the last few decades (come for the hay bale pic, stay for the Great Gatsby throwbacks)