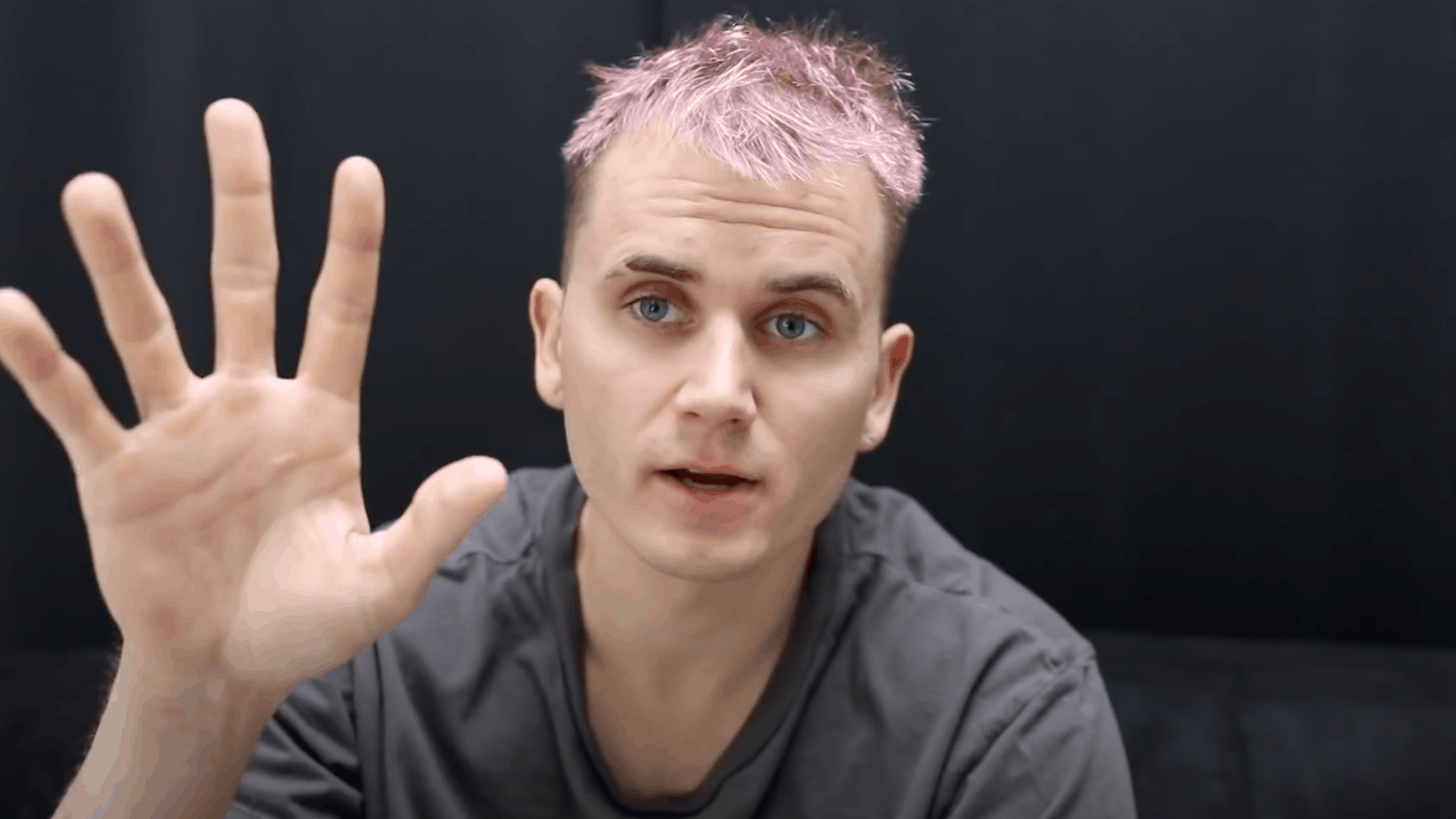 Dom starts from the beginning by explaining that he went to high school with David Dobrik, Alex Ernst, Natalie Mardeuna, and moved out from Vernon Hills, Illinois (a Chicago suburb) to L.A. with the group in 2015. Dom explained that David helped launched his friends’ careers through his vlogs, and he’s grateful for that.

“I’m very thankful for being in this position, and being very lucky to be here and have a platform,” he says. He goes on to say, however, that the vibe of the group changed as the Vlog Squad grew more popular.

“The main reason I’m making this video is to hold accountability for my actions,” Dom says. “Not only apologize to people that I worked with that I may have disrespected, but also to other people that were affected by my actions in being in these videos, in creating my own videos, in living in this influencer space.” H

e went on to address something that happened at Vidcon four years ago, implying that it was after that scandal that things started to deteriorate with his relationship with David. In 2019, Dom describes that his relationship with David started to drift away. “It just kind of hurts because there’s kind of no closure for me,” he says about no longer being in contact with David. “I think he got busy and that’s kind of it.”

Dom says that David needs to handle the situation with Seth, who has helped Dom see a lot of things that he’s done wrong. “We filmed a lot of videos together. Some of these videos that are online are just blatantly racist,” he says. “They are.”

“I want to personally apologize to Seth for being in those videos,” he says. Dom explains that at the time they were making videos they didn’t always understand the impact of what they were doing. Dom was there for the first kissing prank video, and he remembers thinking the video was going to be funny.

“Just because somebody might think they’re fine with it the first day, or they’re fine with it six months later, and then a year later they’re not fine with it doesn’t mean you can discredit these people’s experiences because people need time to understand what they’re going through,” Dom says. He feels hurt by the situation because he understands that he hasn’t been the best and he doesn’t want anyone to be influenced by some of the things he’s done over the years. “I think people need to have more empathy and understand other people’s situations more,” he says.

Dom went on to address the revenge p**n allegations against Seth, saying that he understood that Seth put the footage of Erin saying the N-word into his compilation as part of his attempt to expose the Vlog Squad’s hypocrisy, but Dom says because Erin wasn’t clothed in the video, even though it was blurred, it was still wrong of him to include that clip.

He then addresses Big Nik (real name Keswani)’s experiences feeling disrespected by the Vlog Squad. “When I was in the group we did make fun of Nick,” Dom admits. “Even when the cameras were off we were making jokes about his height. And he’s one of my good friends and I joined in on it and I should have stood up for him and I should have said something because I know how depressed he got after all those videos.”

He goes onto address the slut-shaming jokes against Corinna Kopf, which he acknowledges have negatively affected her and Jonah (real name Nick Antonyan) being targeted with fat jokes. “His name’s not even Jonah, his nam is Nick and we named him Jonah because he looks like Jonah Hill,” Dom explains.

Dom says that Alex Ernst had separated himself from the group early on, and at the time Dom didn’t understand why he withdrew or was negative about the group. Dom admits that at the time they would make fun of him for being “crazy,” or “losing it.” Dom acknowledges that there are people who struggle with serious mental illnesses, and it’s f**ked up to make fun of that.