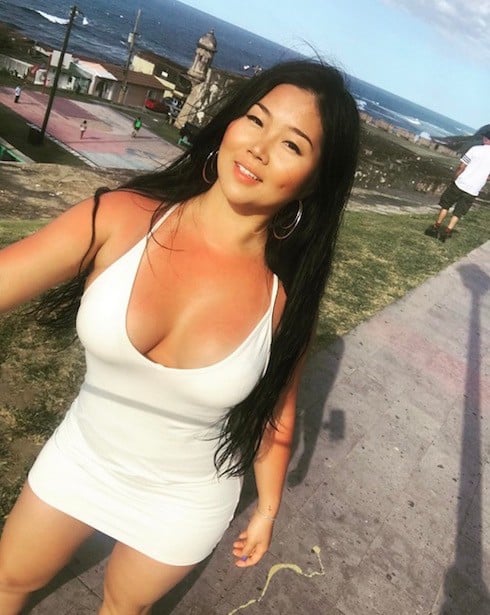 Young Bae may be the freshest and youngest member of the Black Ink Crew cast, but her generally laid-back attitude–punctuated by the occasional burst of violence against inanimate objects–has made her the subject of much curiosity from her many new fans. Most of her scenes play up how unassuming she is–and the most intriguing ones undercut those traits with something seemingly out of character. (Like the time she took a baseball bat to a garbage can, for example.)

So it was in keeping with air of quiet mystery the show’s cultivated around her that a clip suggesting a Young Bae Black Ink criminal background went viral recently went viral because it didn’t make it onto the final cut of the show. In the outtake from the Puerto Rico trip, Sky tries to determine who’ll get to play spades by the number of people in the room who’ve been to jail. Pretty much everyone raises their hands–including Bae, though she tries to pass it off like she was just running a hand through her hair:

Bae’s excuse is pretty lame–but it also feels like the kind of excuse that’s meant to be seen through, and like she actually did want to reveal something shocking about herself. (Though she only “revealed” it halfway.) But maybe we shouldn’t be shocked. For one thing, thanks to her early season heart-to-heart with fellow newbie Tiffany Perez, we already know that Bae suffered through an abusive childhood.

And, for another, we now know that Bae’s mother is suffering back in Korea, at the hands of Bae’s father and the threats he’s terrorized Bae’s family with her whole life. They’re painfully specific threats–and they cause the normally stoic Bae to break down. “All I got is a little bit of money and nothing,” Bae says, through tears and a smile:

Given a history as difficult as that, it’s a miracle that Bae doesn’t have a scowl on her face during every moment of those 20-hour days. Part of the reason why? She’s put it right there in her social media handle: @youngisblessed. We may get to find out more of her story as Black Ink Crew winds up Season 5 and Young Bae’s role increases–hopefully!–for Season 6.