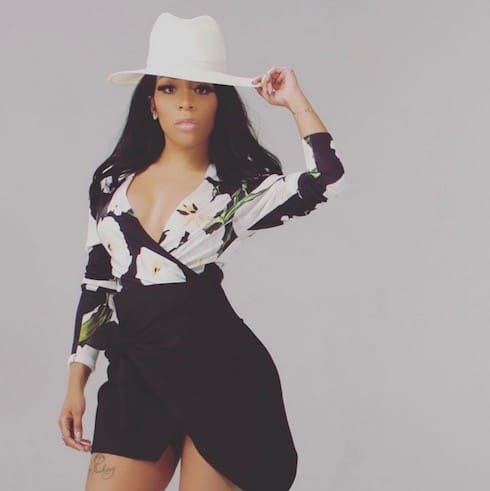 It’s been a little while since we’ve had a juicy LHHMiami cast update–and, while this one’s just a rumor, it’s the biggest rumor currently out there involving the show, so here goes! According to the latest speculation, Love & Hip Hop creator and executive producer Mona Scott-Young may have convinced former LHHATL star K. Michelle to join up with the Miami cast in order to give the new show an extra dose of star power.

The rumor breaks down like this. Trina, who’s been associated with pretty much every LHHMiami cast update since news of the show broke over a year ago, recently helped K. Michelle celebrate her birthday Miami-style…

…at approximately the same time that Mona and Stephanie Gayle, one of her LHH producers, were in Miami for an extended look at the show & its early footage:

They are SO over me at this hotel! LoL! #MiamiLiving #MPowered #GirlsJustWantToHaveFun #LoveMeSomeLouboutins

The biggest fly in this particular ointment is K. Michelle’s own statement–one she made several months ago, as My Life kicked off its third and final season–that the coming episodes represented her “last year of reality TV.” Michelle explained that she’d been working on the other side of the lens, “producing and creating shows,” and had “found a love for it [she] never thought [she] would.”

But she also left the door wide open for other kinds of televisual involvement, adding that she would “still be on tv with some other projects.” And, since she’s not a member of the LHHATL Season 6 cast, gossip has focused on the possibility that she’ll feature in LHHMiami Season 1.

Furthermore, the tea-spillers behind fan site @LHHTea also recently noted that Season 1 hadn’t yet finished filming–because of some last-minute changes to the cast:

Filming for #LoveAndHipHopMiami is still going! ?? (this was a few weeks ago?) #LHHMIA pic.twitter.com/RC2lfznFgi

They kinda had a quick cast change again for the tenth time. ???

Because Love & Hip Hop Hollywood Season 4 will air after LHHATL’s season finale this June, it’s currently believed that VH1 will unveil Love & Hip Hop Miami in the fall of 2017.