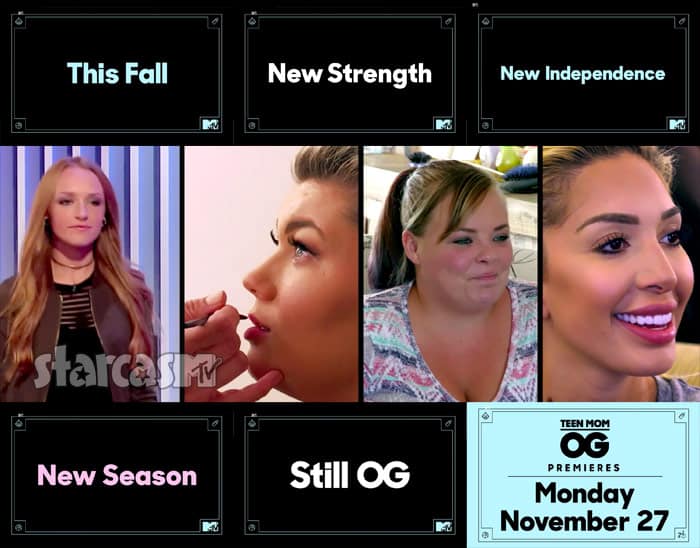 The OGs are back! Or, at least they will be soon. MTV just announced that Maci McKinney, Catelynn Baltierra, Amber Portwood and Farrah Abraham will be returning for a brand new season of Teen Mom OG on November 27 — and of course there’s a preview clip:

The clip doesn’t reveal a whole lot of specifics about viewers can expect this season, but each mom is given a quote that I’m guessing surmises a lot of what their story lines will be. Actually, the quotes kind of reminded me of the Teen Mom OG spoof of The Real Housewives, so I will present each as a tagline: 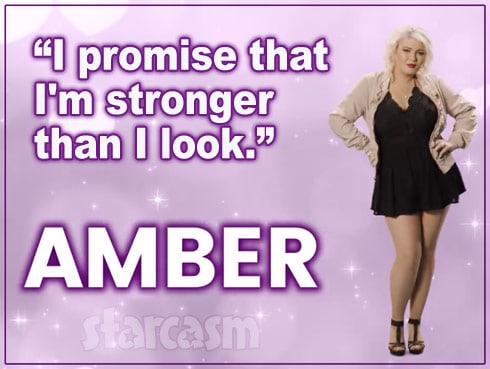 “I promise that I’m stronger than I look.” – Amber Portwood 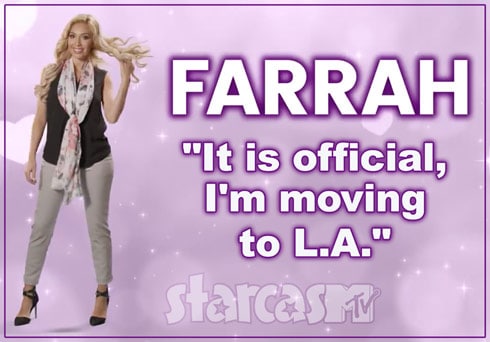 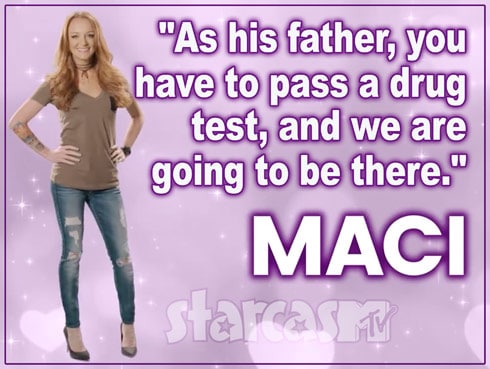 “As his father, you have to pass a drug test, and we are going to be there.” – Maci McKinney (to Ryan Edwards) OK, that one was a little weird as a tagline. 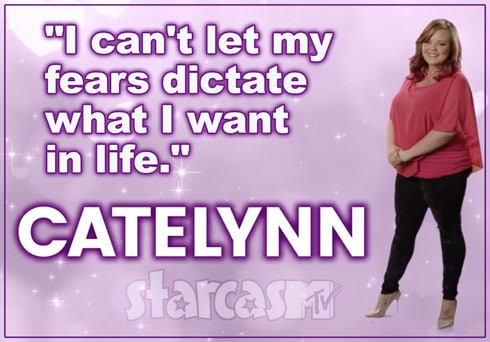 “I can’t let my fears dictate what I want in life.” – Catelynn Baltierra

“I’m tired of being with somebody that walks away! Get out!” – Amber Portwood (I didn’t do a second one for Amber.)

Amber Portwood mug shots after requesting to return to prison