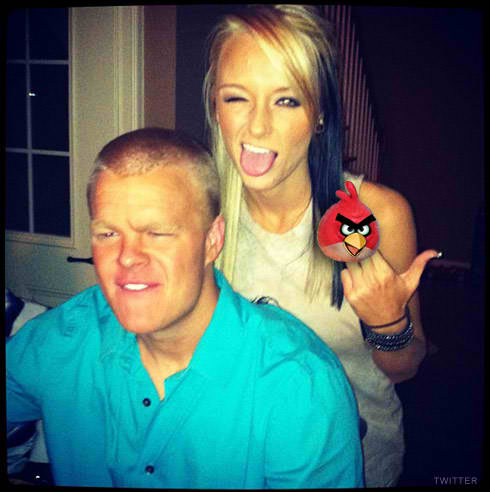 Teen Mom star Maci Bookout and Kyle King are one of our favorite reality TV couples! Although they split earlier this year, fans still get to see their relationship every Tuesday night on Teen Mom. We have to admit, seeing these two together on television makes us wonder why they aren’t together now and what happened to break them up. Maci is talking about their break-up and their possible future together.

Regarding her current status, Maci tells Us Weekly, “I’m not in a relationship right now, and I’m not looking.” She and Kyle King had been dating for over a year when they split earlier this year. Although they are together, the chemistry between them still exists. “I think Kyle and I could make things work right now. But we’d rather figure ourselves out first and then try to make a life together.”

According to Us Weekly, “Bookout said she walked out after discovering King had been messaging exes on Facebook, while King insisted the separation was inevitable after months of fighting and “hate” between them. They have communication issues, and Maci used to want to speed things up, like getting married, and having another baby, but nw she doesn’t want that.”

“We knew we were going to end up absolutely hating each other, or we could let our relationship go for a bit an do our own thing.”

As Maci’s Twitter family and followers have seen, Maci and Kyle still spend a lot of time together. They share the same group of friends and Kyle is still very attached to Maci’s son, Bentley, and vise versa. “My friends make fun of us because we’re so weird, but there’s no way to explain it. It’s like we can’t live with each other, but we can’t live without each other. He’s one of my best friends. He always has been.”

Even though they seem to be the perfect couple, Maci thinks her and Kyle both need to work on themselves before they get back together. “I need to get my career going, and Kyle’s trying to figure out what he wants to do careerwise. We’d rather do that apart and just enjoy each other right now.” Maci says watching her Teen Mom scenes with both Kyle and Ryan have helped her reexamine her behavior, and the way she reacts to things sometimes. “There were multiple times in each relationship where I’ve been like ‘That wasn’t handled right.’ That’s something I’m trying to figure out now — what I should be doing differently.”

Once they grow as individuals, they will give their relationship another shot. “I’m sure there’s a future for us.”

A source also told the mag that they occasionally hook up.