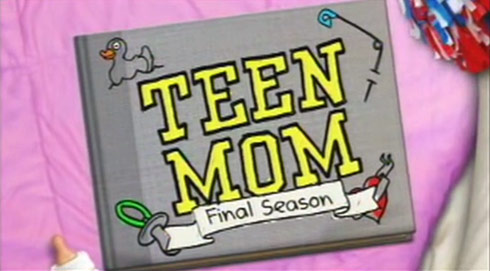 I’ve known it’s coming, but I still got a big ol’ lump in my throat as I took a look at the first trailer for the 4th and final season of the game changing MTV reality show Teen Mom.

The clip does a great job in just over 2 minutes of setting us up for the drama that can be expected to play out as we follow Farrah, Maci, Catelynn and Amber one last time. Check it out and then I’ll follow up with some highlights in case you’re unable to watch it where you’re at.

What stood out the most, for myself at least, was how much it appears cast member Amber will be featured. With all of her troubles it was unsure exactly how much we could expect to see of her story during this last run. In the trailer we see Amber discussing rehab and pleading guilty to domestic battery.

She’s quoted at one point saying, “I don’t know how sane I can stay anymore.” The dramatic high point of the clip is the 911 call Gary Shirley made in hopes of helping Portwood out. We also see Amber breaking down as a counselor speaks with her about her purpose in life. 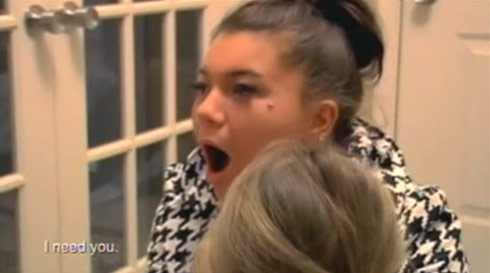 Maci and her little star Bentley take their turn as we catch Maci talking about and meeting Ryan’s girlfriend Dalis Connell, who he just split up with [UPDATE – and is now back together with]. Maci states, with some attitude as she twirls her hair, “This girl doesn’t have a chance.” Next there’s a scene of Kyle King leaving and then a heartbreaking moment as Bentley pleads into his mommy’s phone, “Come back Kyle.” 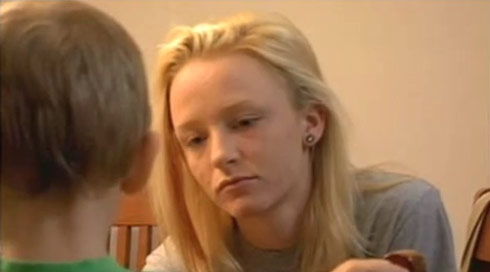 Farrah is showing off a diamond ring and then discussing with her boyfriend at the time, Daniel Alvarez, about wanting to get married. Daniel’s reaction says it all when he doesn’t come across as welcoming about the idea. Farrah’s later shown telling her mom and dad that she’s going to move to Florida with Sophia. We see Farrah later in the sunshine state with her daughter and she says, “I definitely love my life down here.” 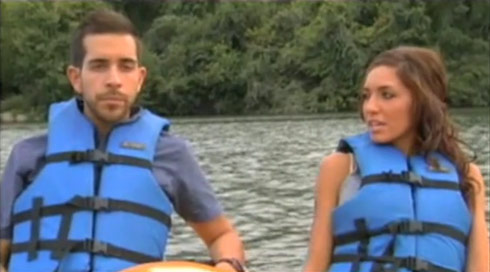 Actually this should say Catelynn and Tyler because their story is so intertwined. You see Tyler and Catelynn getting ready for graduation and the two are very excited.

This is followed by two emotional scenes in which Tyler wonders why his dad, Butch Baltierra, didn’t love him as Butch is shown being escorted away shackled and in prison garb. Then Catelynn tells her mom that, “I forgave you I just can’t forget.” The couple also reflects back on their decision to adopt as a teary eyed Tyler says, “Sometimes I wish she (Carly) called me daddy.” 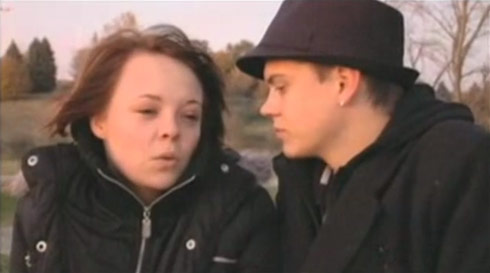 The premiere for season 4 is set for June 12th.

UPDATE – Here is the full official press release from MTV announcing the fourth and final season of the original Teen Mom series:

MTV today announced that Amber, Catelynn, Farrah and Maci will return for a powerful final season of the original “Teen Mom” series with two back-to-back episodes on Tuesday, June 12 at 10 p.m. ET/PT. These four young mothers captivated audiences when they shared their stories in the first season of “16 and Pregnant,” and viewers have been along for the ride as they’ve navigated their teenage years and early twenties with toddlers in-tow. In their explosive final season these young women will face their toughest challenges yet, from major moves and graduations to volcanic relationships. “Teen Mom” will also air internationally on MTV channels around the world starting in October 2012, and U.S. premiere dates for “Teen Mom 2” and “Teen Mom 3” will be announced at a later date.

“We’re incredibly thankful to these young women for bravely sharing their stories with our audience to help make an impact on teen pregnancy prevention,” said Lauren Dolgen, Senior Vice President of Series Development, MTV. “This season will be an intense rollercoaster as we say goodbye to the cast who started it all — since the first season of ’16 and Pregnant,’ millions have tuned-in to see the difficulties, joys, and sorrows these young mothers have faced.”

In their final season, each mom struggles to move forward as they face the ups and downs that come with growing up and being a young parent. Farrah strives to be independent, and surprises her parents when she decides to bring her daughter Sophia with her when she moves to Florida. Thousands of miles away from home, Farrah is faced with the reality of raising her child without her parents’ help while trying to finish school and build a romantic relationship.

Two years after choosing adoption for their daughter Carly, Catelynn and her fiancé Tyler continue to deal with the impact of their decision. As they prepare for graduation, they are surprised with an emotional second visit with their daughter and her adoptive parents. Meanwhile, one of the biggest opponents of the adoption, Tyler’s father Butch, continues to battle his addictions and moves in with Tyler and Catelynn following his release from jail.

After dealing with intense emotional struggles, events escalate and Amber enters rehab. Although she tries to heal herself and find balance, her anxiety heightens as she worries that her daughter Leah will forget her while she’s gone. Her relationship with Gary continues to be turbulent, but they try to work on their issues in hopes of keeping their family together.

Meanwhile, Maci’s relationship with her son’s father, Ryan, continues to be tumultuous. She finds co-parenting increasingly difficult, and it doesn’t help that Ryan has a new girlfriend, Dalis. At the same time, her relationship with Kyle intensifies as they have their first big fight. Additionally, Maci struggles to cut the apron strings as she enrolls Bentley in daycare.

The teen birth rate recently dropped 9 percent, marking the steepest decline in over 60 years. However, more than 700,000 teenage girls in the U.S. still become pregnant each year and one out of every ten children in the U.S. is born to a teenage mother. The vast majority of these pregnancies are unintended. In a recent poll by the National Campaign to Prevent Teen and Unplanned Pregnancy, 77 percent of teens age 12-19 that have seen “16 and Pregnant” and “Teen Mom” say the shows “help teens better understand the challenges of pregnancy and parenting.”

More information about sexual health issues affecting young people, including unintended pregnancy, is available at http://www.itsyoursexlife.com/ a pub,lic information resource developed by MTV and the Kaiser Family Foundation. The National Campaign to Prevent Teen and Unplanned Pregnancy is working with the show to provide additional information.

Viewers can go to MTV.com for sneak peeks of the show including bonus/extended scenes and exclusive interviews with the moms. For more information and exclusive content, like the “Teen Mom” Facebook page
at https://www.facebook.com/teenmom
.

Executive Producer Morgan J. Freeman is the founding partner of 11th Street Productions. Aside from showrunning MTV’s “16 and Pregnant” and “Teen Mom” franchise, Freeman made a name for himself as the Sundance award-winning writer/director of “Hurricane Streets,” a film centered on the trials and tribulations of teenage life. Freeman’s other film work include Kate Hudson and Casey Affleck’s “Desert Blue,” the thrillers “American Psycho 2” and “Homecoming,” and “Just Like The Son” which stars Mark Webber and Rosie Perez.