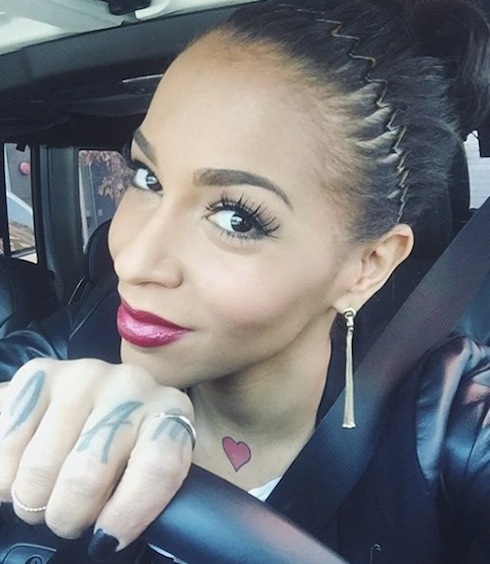 It’s a never-ending cycle of drama on VH1’s flagship Love & Hip Hop franchise–and now that the crew has apparently filmed the annual end-of-year special, a series of tantalizing Love & Hip Hop reunion spoilers is leaking out from the set. Earlier this week, we reported that the Tara Wallace pregnancy, long thought to have been terminated, is in fact very much still on–and Tara herself seems pleased as can be with her growing baby bump. Her Instagram feed attests to her happiness:

The big drama, though–and the first of the major Love & Hip Hop reunion spoilers–is that Peter’s embattled wife Amina Buddafly is also pregnant. Not with the same baby that raised eyebrows back in 2015; Amina did go through with her abortion. Instead, Amina is newly pregnant, and, according to several reports, is now three months along, and almost into her second trimester.

The 32-year-old is said to have revealed the Amina Buddafly pregnancy at the taping, and, as far as major Love & Hip Hop reunion spoilers go, there’s rampant speculation that Peter Gunz is not the father of the baby. None of that speculation has yet been confirmed; if Amina’s husband is, in fact, the father, it will be his tenth (10th) child overall. (For a complete list of Peter Gunz’s children and baby mamas, click here.) 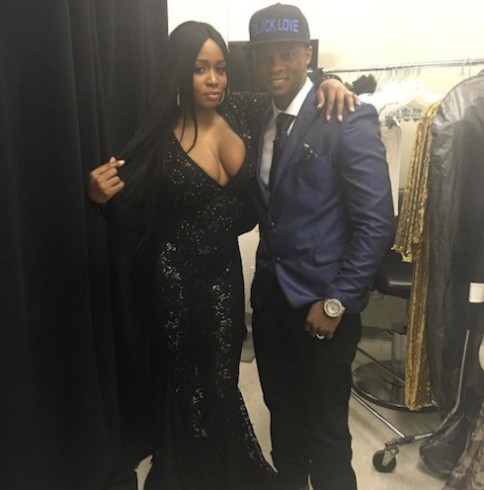 The alleged third Love & Hip Hop pregnancy belongs to Remy Ma & Papoose. They reportedly made the announcement at the reunion taping; there was apparently a chill in the air when the couple shared the news, thanks to their frank dislike of the way Peter Gunz conducts himself. Devotees of Remy Ma and Papoose recalled a recent interview with The Shade Room–one in which Remy wasn’t afraid to share what she really thinks about the controversial figure. “I judge people all the time,” she said, “and I wouldn’t want [Papoose] to hang with him. You can say hi and chill. That’s your friend? Oh, that’s not your friend.” On that note, Papoose recently took to Instagram to shade the Peter Gunz / Amina / Tara love Penrose Triangle:

Some people spend more time planning the wedding than they do planning the marriage #HappilyEverAfter A video posted by @papoosepapoose on Jan 29, 2016 at 5:44pm PST

Just a couple of hours after that post, Amina Buddafly posted what was widely perceived to be a response:

I be the grass that is less green

…and Peter Gunz does not:

But the pregnancies aren’t the only Love & Hip Hop reunion spoilers out there. At least one notable site is further reporting that there was a major throwdown during the taping, in the form of Mariah and Lexxy’s ongoing beef. When “Mariah call[ed] out Lexxy for being a petty thief,” Lexxy, who was in the news most recently when her 2012 arrest record and mug shot went public, got up and went after Mariah.

Fortunately for her, security was able to hold Lexxy back–at which point, Moe is said to have stepped in, and chided Mariah’s mother for being a thief. It’s further said that Moe’s words brought Mariah to tears, and she told everyone to “keep [her] mom out of this mess.”

No word yet on exactly when VH1 plans to air the Love & Hip Hop Season Six reunion special–but, when they do, it looks like there’ll be plenty more dramatic fallout from the pre-drama explosion.