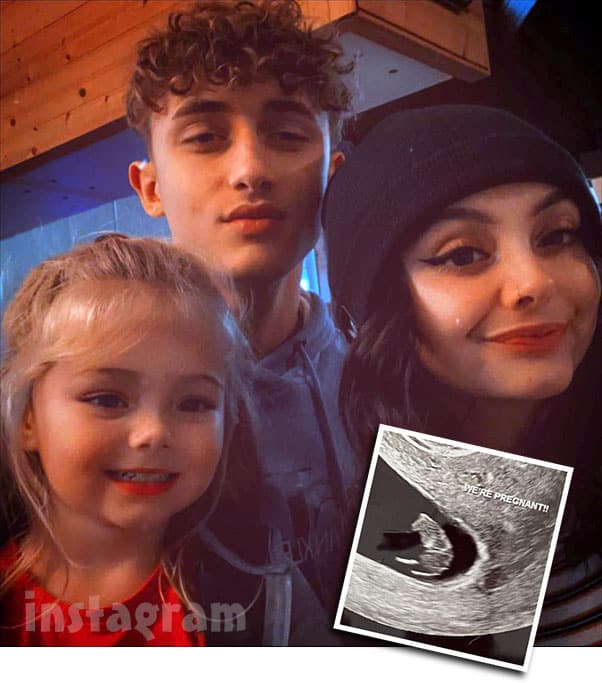 TLC’s Unexpected family continues to grow! Season 1 and 2 mom Lexus Scheller just announced that she is pregnant with her second child — her first with boyfriend Isaiah Norwood.

Lexus made the announcement on Instagram with a sonogram and a framed image of a celestial map. “The stars were aligned when we made you,” Lexus captioned the images, along with a single black heart. She added that her baby is due in September of this year.

One follower asked in the comments if the image was an eight-week ultrasound. “Yes,” Lexus confirmed. “This was 2 weeks ago, I’m now 10 weeks.”

So, will it be a little boy or a little girl? “Hopefully a boy, but we don’t know the gender just yet,” Lexus wrote. “A couple more weeks :)”

The new baby will join big sister Scarlett, who will be four in May.

Some of Lexus’ Unexpected co-stars offered up their congratulations in the comments:

In case you missed it, Lexus and Isaiah have been dating for just over a year. They started going out in January of 2020, not too long after Lexus allegedly cheated on her ex Shayden Massey while he was in jail. (That’s according to Shayden.)

The two celebrated their one-year anniversary on January 18 — and neither were afraid to get a little mushy on the gram:

“Happy 1 year with the love of my life,” Isaiah captioned a gallery of images with Lexus on his Instagram page. “You are the most beautiful, strong loving mother/woman I know, thank you for supporting me in my lowest spots in life and enjoying the good times with me. We have many more great years to come. I love you so much ❤️”

Lexus replied in the comments: “I love you with everything in me, thank you for being you 🥰🖤”

It doesn’t appear as though Lexus’ ex Shayden has responded publicly to the pregnancy news on social media. However, he and Isaiah apparently do get along. Shayden posted a brief video clip on Jauary 28 that looks to be his daughter Scarlett and Isaiah working together to give Shayden a tattoo!

“Not every day you see Scarlett helping Isaiah tattoo Doodlebob on me,” Shayden wrote, along with two laughing emoji. “Let the hate begin!”

Shayden is no stranger to pregnancy announcements. A young woman revealed online that she was pregnant with his child back in March. This was at a time when Shayden was reportedly dating someone else.

Shayden had a lot on his plate in 2020. In addition to the news that he was going to be a father again, he was also in jail a couple times.

With the recent cast shake up on Unexpected Season 4, perhaps producers need to consider adding Lexus and Shayden before the second half of the season begins airing in March? They obviously have LOTS of stuff going on as far as story lines!