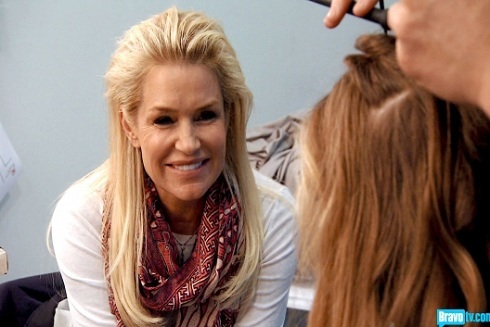 Yolanda Foster is the newest housewife on the Real Housewives of Beverly Hills and while she seemed quite reserved and quiet during episode 1, the same can not be said for her appearance on episode 2. During the new episode which aired last night, Yolanda was seen attending one of her daughter’s photo shoots and while she clearly knows her way around the biz, she may have went a bit too far.

Gigi Hadid, who has been modeling since she was just 3-years-old, was shooting an overseas ad campaign for Guess and proud mama Yolanda dropped in to make sure everything was going off without a hitch. While she claimed that she didn’t want to be an overbearing stage mom, she seemed to be just that. 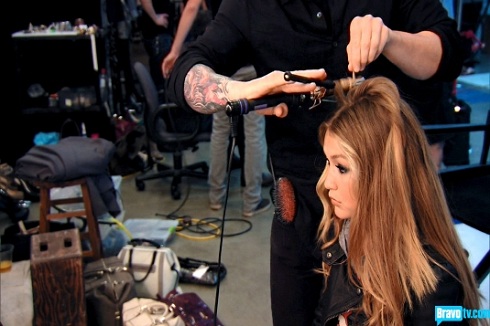 When Gigi expressed her excitement about the food that would be available to her during her birthday party later that night, Yolanda told her, “You can have one night of being bad and then you gotta get back on your diet.”

Yolanda also added that in Paris “they like the girls a tad on the skinny side” and pointed out that her make-up was too “Chinese-looking.” It may be offensive to some, but Yolanda claimed that her criticisms were made because she knows what looks best on her daughter and what photographs best.

What do you think? Did she go too far or is she just trying to unsure her daughter continues to have success in the world of modeling?

For more of Yolanda Foster, tune in to Real Housewives of Beverly Hills every Monday night at 9/8c on Bravo.